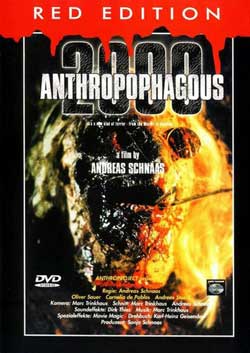 A group of friends stumble onto the killing grounds of a cannibalistic loner who then mercilessly stalks down the party, one-by-one. When only a small group remains, they decide to take a stand against the murderer and fight for their lives.

German director/gorehound Andreas Schnaas is at it again, this time paying homage to a legend in the world of horror and sleaze, Joe D’Amato. With Anthropophagous 2000, Schnaas re-makes the Italian gore classic Anthropophagus (rough translation: Man Eater), originally directed in 1980 by D’Amato, but trades the tension of the original for his trademark gore and turns a boat into an RV. 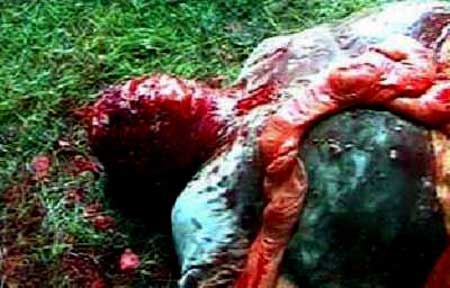 The story is fairly standard fair for a slasher movie. A group of friends load up the RV and set out for a relaxing vacation at a beach house in Borgo San Lorenzo. On their way, they pull over for their pregnant friend who is suffering from motion sickness. While she gets some fresh air, a deformed beggar comes to the window and asks for food. Instead, the driver asks him for directions. The beggar begins to panic and warns them not to go, which draws laughter from the bunch. He wanders to the other side of the vehicle and up to the pregnant woman, who vomits in his hands, which he then eats. I did mention this particular version is directed by Andreas Schnaas, right? This is the same guy who directed Goblet of Gore and the Violent Sh*t trilogy, so I think you know what you can expect from Anthropophagous 2000. 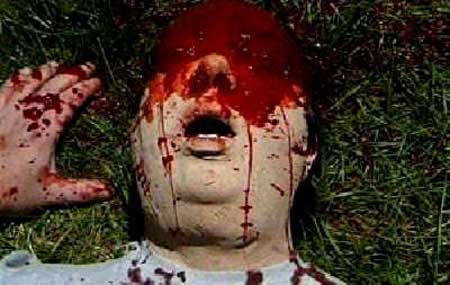 So it turns out the village that the friends are going to has been wiped out by a maniac killer. And the maniac killer may or may not be Nikos Karamanlis, a former millionaire who, after being stranded at sea, was forced to eat his daughter and his pregnant wife in order to survive and hasn’t been seen since. But either way, the friends start wandering through the deserted village, finding hints that they should not be there and that they may not be alone, and dying off one by one in the goriest of ways. 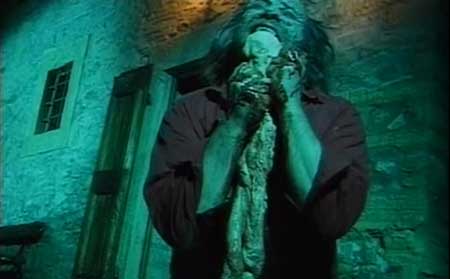 Honestly, if we look at this movie from a technical aspect, it is not very good. The acting is okay at best, which coming from a cast whose body of work is pretty much limited to just this movie, is to be expected. The dialogue is pretty bad. The plot has more holes than even the most brutalized victim in Anthropophagous 2000, not to mention all the parts that simply make no sense. For example, with spoiling too much, early on the RV disappears, then when a couple of the friends are running away from the killer, they somehow know just where it is. At another point, the group are looking through the vacation house for their missing friends. They come upon a mysterious door and open it to find two bodies covered by bloody sheets, but they simply close the door and pay no attention. One of the main characters has asthma, and we are shown quite clearly that his medication is integral to his survival, so important that when he leaves abruptly and forgets his inhaler, the camera focuses on this key detail. A detail which turns out completely unimportant and we are left wondering why it was so blatantly pointed out. Even the very end makes no sense, and the detective in the scene goes so far as to say so. 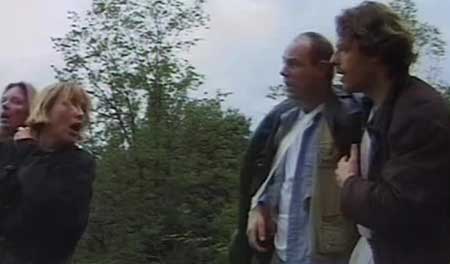 But did any of us go into this movie expecting a critically acclaimed plot? No, we came in looking for what Andreas Schnaas has proven he does best: blood, gore, and total chaos. And this is exactly what we get from the opening scene. Detectives are searching through a cave full of mutilated corpses and skeletons and a completely intact naked woman (of course), and sickened by the stench a young detective vomits all over a pile of body parts. In the very next sequence, shortly after an eighth grade level make-out session, faces are pulled from skulls. We have heads crushed in by rocks, entrails torn out through the mouth, and heads torn off by bare hands. We’ve got cannibalism, self-cannibalism, babies torn from wombs and eaten, and even an Omen-style suicide complete with splattered corpse. What I’m saying is if you have a weak stomach, maybe don’t watch this one. Or at least go in on an empty stomach. 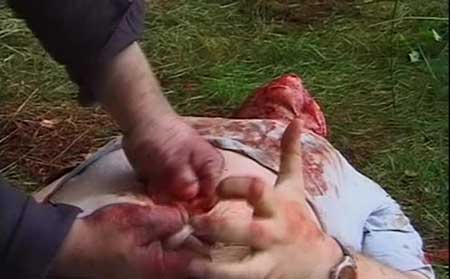 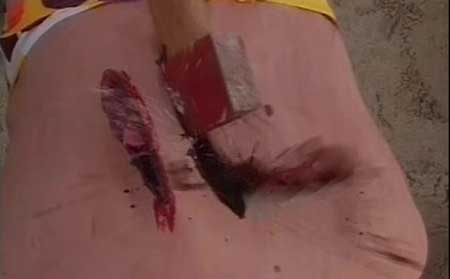 Anthropophagous 2000 is not going to change the world of film, or even the world of horror. But, much like Goblet of Gore, it is non-stop splatter and gore and non-stop fun. The more I see of Schnaas’ work, the more excited I am to see more. His movies remind me of how much fun it is to go to a video store and pick out titles based solely on how disgusting the stills are on the back of the box. Whatever a video store might be… 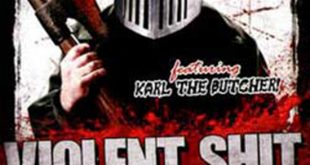 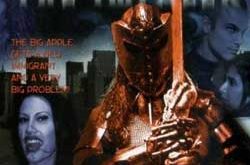