Home | Is HANNIBAL On Life Support? Can Episode 11 Turn Things Around?

Is HANNIBAL On Life Support? Can Episode 11 Turn Things Around?

It would appear as if NBC’s HANNIBAL may be on its last leg as the ratings for this past weeks episode dropped considerably tying the series all time low. Good news is that next week brings back Eddie Izzard whose turn as a freaky serial killer a few episodes back was a show high point. Here’s a breakdown of what’s coming next week:

“Hannibal” Episode 1.11 – “RÔTI” (airs 6/6/13)
WITH DR. GIDEON ON THE LOOSE, THE BAU TEAM TRIES TO PREVENT A REVENGEFUL KILLING SPREE WITH ONE OF THEIR OWN AS A TARGET – When Dr.Gideon (Eddie Izzard) escapes from police custody, he seeks to kill psychiatrists who have profiled him. Will (Hugh Dancy) and the BAU team try to track him down by following Freddie Lounds’ (Lara Jean Chorostecki) blog before Gideon can get to Alana (Caroline Dhavernas).

If you all like this show you had better make your voices heard quick. NBC has still yet to pick the show up for next season and with the current ratings problems, well put two and two together.

HANNIBAL airs on Thursday nights at 10 PM, for now. 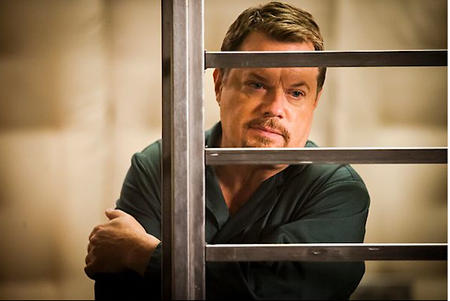