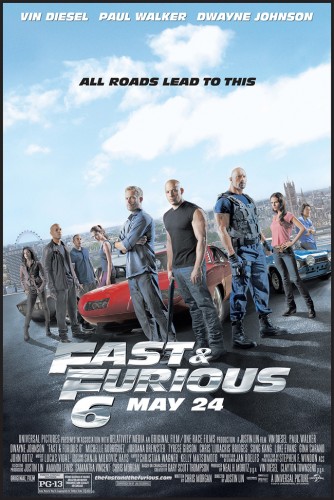 When Dominic Torreto and Brian O’Conner discover that their fallen partner, Letty Ortiz, may be alive and in the clutches of a thief named Owen Shaw, they reluctantly risk their freedom to join Lucas Hobbs in capturing the fast driving criminal. With family, friends and lives on the line, the Fast and Furious crew reunite, jump back behind the wheel and race to reclaim one of their own.

Fast and Furious 6 is a high-octane, testosterone driven smash, light on logic and plot but thick with action, spectacle, fast cars and amazing fisticuffs. Justin Lin returns to the franchise after delivering the refreshing Fast 5 which also introduced Dwayne The Rock Johnson to the storyline as police officer Luke Hobbs. Johnson is also back finding he needs to gather Vin Diesel, Paul Walker and crew to assist catching a criminal using automobiles to perform robberies. If Fast 5 was Ocean’s Eleven on wheels then Furious 6 (as the opening credits read) is Die Hard on the open highway. Luke Evans is the film’s charismatic version of Hans Gruber, a super criminal named Owen Shaw who is always one step ahead of Hobbs, Toretto and O’Conner. Also back for this installment is Michelle Rodriguez as Letty Ortiz, Torreto’s presumed dead love interest from the previous films. Fast and Furious 6 delivers, it is an exhilarating, fast paced adrenalin rush where every scene is built to top the previous, adding flip cars, tanks and huge airliners into the mix. Stupid, highly implausible, but incredibly spectacular – a must see Summer visual treat. 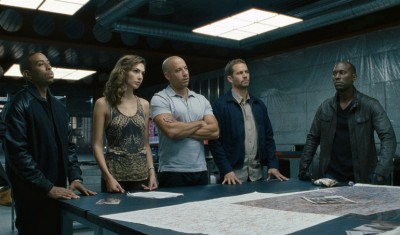 Justin Lin’s follow up picks up shortly after the Fast 5 with Hobbs (Dwayne Johnson) and new partner, Riley (Gina Carano), in hot pursuit of a gang of thieves led by Owen Shaw (Luke Evans) who escape the scene of each crime in custom made automobiles, such as low-to-the-ground flip cars. As details to their objectives are discovered, Hobbs realizes he must enlist the only persons he knows who can match these criminals piston to piston, Dominic Torreto (Vin Diesel) and Brian O’Conner (Paul Walker). Even with the promise of full pardons, Hobbs cannot persuade them to risk getting caught and extradicted back to the States. However, Hobbs holds the wild card to convince them otherwise: evidence that Letty Ortiz (Michelle Rodriguez) may actually be alive and working with Shaw. Torreto and O’Conner are in, and so are Roman (Tyrese Gibson), Tej (Ludascis), Han (Sung Kang) and Gisele (Gal Gadot). The chase begins. 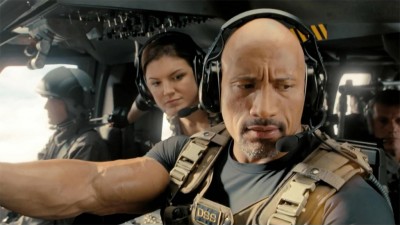 As Fast and Furious 6 morphs into a buddy cop film, The Rock all but steals the film from the franchise’s cast of regulars. Dwayne Johnson’s screen presence is undeniable and Hobbs is the perfect role for the actor: smart, intimidating and resourceful. Whenever Johnson is on screen, he towers above the others his pecks popping, his stance Olympic, his demeanor intimidating. Hobbs is a character that could potentially carry his own film. Vin Diesel and Paul Walker return as the franchise’s lead characters where their established friendship provides the film it’s driving emotional bond. These guys are more than friends now, they have become family. Not only does this bring the film a sense of common drive it also raises the stakes and motivations. This time, it is not about money or even the promise of freedom; it is about helping Dom find his long lost love caught in the grips of the bad guy. Johnson, Diesel and Walker are all sensational in their roles each getting multiple opportunities to shine. 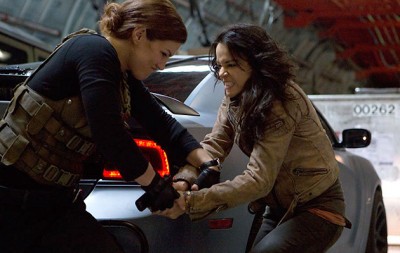 One major change in Furious 6 is the female presence. With Michelle Rodriguez returning as Letty and kick boxer turned actress Gina Carano in the cast this is not surprising and a welcomed addition to the foray. It also provides the film with a pair of incredible fight scenes between the two that highlight the film. Much of the emotional content of Furious 6 rests on Rodriguez who is struggling with her memory loss and her allegiance with Shaw and the insistence from Torreto that she is really a different person deep down. Lin gives her (and Diesel) and brilliant opportunity to express her internal conflict as she races Toretto through the London streets. She also gets to kick ass as she repeatedly confronts Carano’s Riley, Hobb’s street tough new partner. Riley is the perfect adversary for Letty and holds her own beside Hobbs, no small feat. Beautiful, stunning and tough, Riley is not only Letty’s equal but, physically, she is superior providing the returning character with a new, tougher challenge. It also provides the film with a pair of tightly choreographed cat fights that are brutal and rousing perhaps threatening to better their higher profiled male counter parts. Tyrese Gibson’s Roman vocally realizes this on screen midway in the film, echoing perfectly the audience’s reaction to how impressive these two powerful women have become.

Justin Lin proves himself a solid action director, confident and bold, creating a film full of excitement, adrenalin and muscle. Everything has muscle, the cars, the men, the women, the bad guys, the dialog, the action. The film is a broad mix of Die Hard, James Bond and Marvel’s The Avengers – so much so, Lin casually throws in a Hulk joke. Lin knows how to handle each moment in a way to make it stand out among the crowded action set pieces. The race between Torreto and Letty as they flirt while darting through crowded London streets is a remarkable mix of face paced action and character interaction. Then there is the tank barreling down a highway full of on coming cars. And later he steps up to top that by having a large airplane racing down a runway with half of the cast trying to keep the damned thing from taking off while the others are inside it pummeling the bad guys. It is incredible regardless how preposterously long the runway must be or ridiculous the action on screen may appear; it all works in the moment and Lin has your attention tightly knuckled in the grasp of his camera. He wisely keeps the softer character moments nested between the action with slick transitions and greased momentum; his promise of future films is unparalleled. 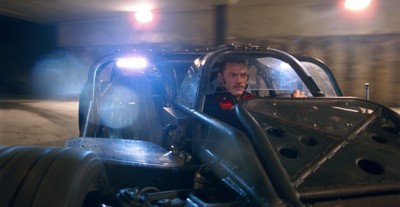 Fast and Furious 6 revs up to maximum speed, burning up the pavement, screeching past the previous films in a blur of cars, fists and guns. And tanks. And planes. And glorious girl fights. The head spins trying to keep up. The film is the prefect summer attraction: hot cars, amazing action, sexy, tough women, heroic beef cake and over the top stunts. It also successfully leaves the audience screaming for more, dropping a stinger that promises yet another exciting chapter. Even as this film hit the screens, Fast and Furious 7 is already in production with James Wan from Insidious, The Conjuring and Saw stepping in to take over. And when the credits role, the audience is primed to anticipate that film. The entire cast is relaxed and smooth, comfortable with their characters, each other and the franchise. They are a tightly nit family now. Furious 6 has its groove on with Dwayne Johnson all but taking over from the established cast; in fact, a Luke Hobbs solo film would be a welcomed addition (if anyone is listening). It is rare that the sixth film in a cinematic series shows this much promise and attention to the franchise’s characters and lineage. In one word, Fast and Furious 6 is fun. Isn’t that enough reason to head out the theater? Bring on more Torreto, O’Conner and Hobbs, bring it on. 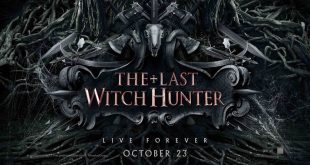