NBC Heads To SIBERIA For Summer

When it comes to the “mysterious phenomenon” sub genre there are few events that cause more speculation and fodder for the conspiracy theory folks then what happened back in 1908 in Siberia. A huge, and I’m talking huge explosion rocked the area literally leveling an 830 square mile area.

Reportedly a meteor struck but what if, what if it was something else? That sure would make a great setting for a TV show wouldn’t it? Yeah, NBC thought so as well and that’s why they have purchased the series and will be presenting it to us all on Monday nights starting July 1st at 10 PM.

A press release brings us up to date:

“NBC immediately saw the potential in ‘Siberia,’ and this acquisition truly exemplifies the quality of this groundbreaking series. We are excited to bring it to their viewers,” said executive producer Chris Philip, who also serves as CEO for Sierra/Engine Television.

“We created the series as a dramatic human experiment shot under difficult conditions, and we are thrilled to see it on NBC,” said Ohoven.

“The concept of survival, when mysterious elements are at play, makes for a compelling show,” said Jeff Bader, President, Program Planning, Strategy and Research for NBC Entertainment. “We believe a scripted series that offers an insightful behind-the-scenes view of how a reality concept comes together — especially when things don’t go according to plan — will connect with our audience in a very satisfying way.”

In 1908 a meteor hit deep into the remote Siberian territory of Tunguska. Now, more than 100 years later, 16 contestants descend on Tunguska unknowing of the land’s mysterious past. When a contestant is badly injured and no help arrives, the contestants are met with the chilling realization that the strange occurrences are not part of the show. With their safety threatened, competing contestants must band together in an effort to survive.

“Siberia” is an Infinity Films Production in association with Sierra/Engine Television and Welldone Productions. Executive producers are Ohoven, Slava Jakovleff, and Philip. The series was created by Matthew Arnold.

This one intrigues me. Keep it here, I have a feeling we’ll be talking about this one a lot in the coming months. 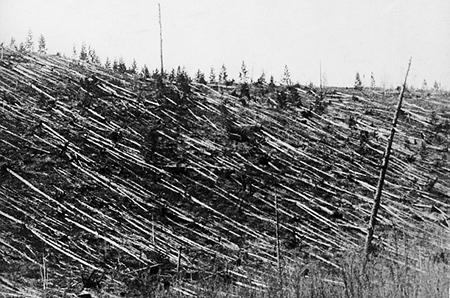