Home | So What’s The Deal With HANNIBAL Season Three?

Everyone seems to be in agreement that some of the best horror on TV right now is happening on Friday nights at 10 PM when NBC airs HANNIBAL. Season two is coming to a fast close and as of the time of this writing a season three has yet to be announced.

So, what’s the deal you ask?

Short answer is, no one really knows but today show runner Bryan Fuller talked to Digital Spy and while he could not yet confirm a third season he does seem pretty upbeat about things.

According to the article Fuller is”very confident” that Will, Hannibal, Jack and who ever else survives this season will be coming around again next year. “I hear very positive things,” he states “All of the creatives at NBC are so supportive of the show and want it back, and the schedules and salespeople are like, ‘It’s a new show, get rid of it’. We are banking on the creative people winning out over the salespeople.”

Well, I’m not liking the fact that the sales people are being douche bags but hopefully Fuller is correct and NBC will give the show at least one more season to really solidify its audience. Those of us in the “horror media” have really seemed to embrace it this year so hopefully the full fan base will not be far behind.

Fuller adds validity to this point stating “The ratings are not anything to jump up and down about, but the critical acclaim is great.”

If you not yet watching, jump on board and join the fun. If you need to be brought up to speed you can always check out our HANNIBAL FAN PODCAST, I highly recommend that as well.

One way or the other we should know soon what the future holds for HANNIBAL. 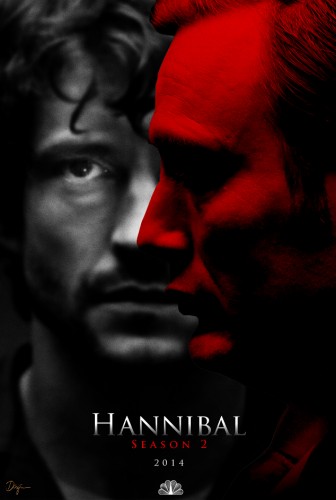