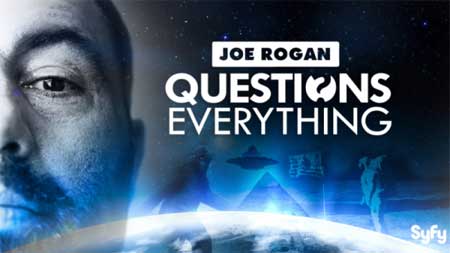 Usual Friday, Chinese food , comfy bed and an on demand movie. I took a second to breath after tearing through my plate of general tso’s chicken to turn my TV on. Unsurprisingly the “SyFy” channel was on. I religiously watch “Ghost Hunters”.

As I went to change the channel I was in awe at all the big foot hunting gear I saw in “Joe Rogan’s” (formal fear factor host) arsenal. Yea, they had my attention. I have seen big foot hunting type shows before, but this was different. instead of sending believers out they sent a very neutral minded down to earth truth seeker. One that isn’t scared to call people out on their bluffs. That is something that kept this show fresh and very fun. Three hours and three episodes later I was hooked on the show and wanting more.

The show is called “Joe Rogan Questions everything. Its a reality/adventure type series. similar to “Destination Truth”. The premise of the show is to send the ambition host on adventures seeking truth. For instance he was sent to Canada in an episode called “weaponized weather” to seek answers on a government conspiracy theory called “HAARP”. Natives believe that “HAARP” has weather manipulating machines . They believe they have enough power to create earthquakes and hurricanes. The proof was so compelling that after the show I looked up “HAARP” online. Another episode called “robosapien” relates to a robotic terminator-like future. It revealed some technology that sent shivers strait down my spine. Definitely my favorite episode so far.

Ok now I am writing for a horror website so how does this relate? Well the next two episodes coming up are going to be freaky as hell. The first commercial has shown Joe on a disturbing ghost hunt. I cannot wait to see the evidence. The second is going to be about the infamous question, can a zombie apocalypse really happen? At the end of that commercial joe says “you actually have me scared”. What evidence could possibly make him cringe? They titled this episidode “biopacalypse”These are not episodes to be missed. I would highly recommended this show to “Destination Truth” fans like myself.

I can personally see this showing growing into something even more unique. If the popularity goes up hopefully they can have fans vote on where to send are fearless leader. Or even have a live twitter feed during episode to chat with mr. Rogan about his evidence. I know also coming up in the near future is an alien episode that I’m sure not going to miss. One of the best parts is the ideas and questions that get imbedded into your mind. The conversations I have with friends after watching going on for almost an hour. I’m already a huge fan and I’m not being forced to promote this show in any way. It’s just that much fun to watch!

I am glad to see more and more horror related TV shows air. I am a lover of paranormal and know that almost all of you reading this share that passion. Trust me, you will love this show too! You can catch it on SyFy Wednesday nights 10/9c. 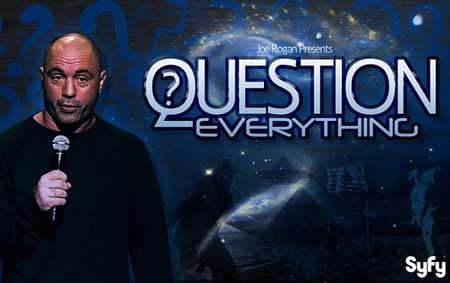 Please feel free to let me know how you feel about the show. Lets discuss evidence and stories related. What urban legend would you like to see investigated on a future episode? Leave a comment on the site and I will get back to you or follow me on twitter at cflhorror. Don’t forget to keep up with Horrornews.net for the best in what scary has to offer. Thanks for taking the time to read this.