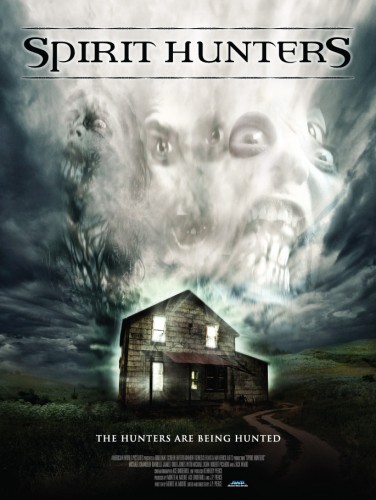 When spirited cinematographer, Morgan, and his sidekick sound-man, Cricket, head off to a remote ranch in Idaho to film a reality TV show about investigating paranormal activity, the duo find themselves entangled in a mystery involving corruption, murder and – maybe, just maybe – a few ghosts.

Spirit Hunters (a.k.a. End of the Road on IMDB) has some key ingredients going for it: a charismatic lead, a number of fun cameos, an entertainingly light tone and an interesting premise; however, the film never gets off the ground causing the film to fester, to become dead and buried before its plot can even get started. Michael Chandler, while perhaps better suited for TV, makes for a strong lead; he represents the every-man character with charm, humor and sincerity that is greatly appreciated. He appears to be the only one invested in the film outside Star Trek’s Robert Picardo who appears in the film’s opening and closing acts. The story itself remains pedestrian and ill-suited for a feature length film resulting in too many opportunities for its audience to lose interest and nod off. The premise of the film has its lead characters joining a film crew to tape the pilot episode of a reality TV show and the film makers capture that feel a little to well for their own good resulting in a movie that feels way too much like a made-for-TV knock off of Ghost Hunters and its imitators – with a twist of course. In the end, Spirit Hunters could have used a lot more spirit hunting. 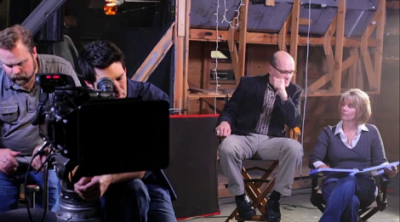 The plot of Spirit Hunters has a sound-man and cinematographer team (Cricket and Morgan played by Dick Spenneberg and Michael Chandler) heading off to Idaho to film a TV pilot for producer D.J. (Jerome Murdock). Set up as a reality TV program, the show is about a group of paranormal investigators lead by the exuberant Dr. Randolph (Doug Jones) and his two vivacious co-hosts, Stephanie (Davina Joy) and Nina (Hilary Lowe). But it is the production assistant, Eve (Danielle James), that catches Morgan’s eye on the trip in. With all the pieces set, the script sets into motion as the film team heads out to the remote farm house to record the first episode; however, things go terribly wrong with one of the co-hosts being thrown out a window – right on camera. Was it murder? Was it a ghost? Or something far worse? From here, Spirit Hunters diverges from its “Ghost Hunters” set up morphing into a generic Ellery Queen murder mystery, an Old Dark House plot set within a film production . To the screen writer’s credit (Monte M. Moore), Spirit Hunters does have a creative ending; while not entirely surprising or suggestive, it does shed a fun and jovial light on the entire film. Unfortunately, it is just a tad bit too late to make a difference. 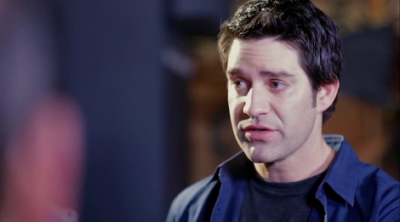 The movie’s strongest asset is its lead, Michael Chandler who stars as Morgan, the cinematographer that gets reluctantly drawn into the mysteries of the script. He has a natural charm that is a cross between Zachary Levi from Chuck and Matt Passmore from A&E’s The Glades. His concern for the other cast members and his own predicament rings authentic and candid, which suits the reality show backdrop fairly well. His ability to keep the audience engaged keeps the film from falling flat on its face from the onset. He also projects an intrinsic chemistry between himself and his co-stars, especially his semi-love interest Danille James. His onscreen friendship with Dick Spenneberg as his sound-man best bud is funny, synergistic and far less annoying than it could have been. 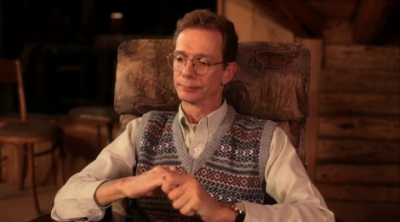 The film is also guilty of stunt casting, adding higher profile b-list actors in cameo or minor roles. Most are on screen for mere minutes with the exception of Doug Jones who appears as the paranormal expert Dr. Randolph. His role is fun but has little impact to the story. He ends up with much of the exposition, his role is there to set up the back story and support the characteristics of the leads. He does manage to make his character sympathetic far more than one would expect. Robert Picardo is featured in the bookend story-line featuring the director who has been shepherding Morgan’s career. Michael Dorn and Zak Ward appear in the beginning as themselves, as actors working on the film Morgan is completing production on in the film’s first minutes. The cameos are funny and get the film off to a good start. 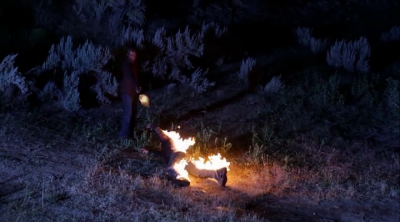 For a film called Spirit Hunters, there are far too few spirits for the character to hunt; the previous title, End of the Road, is better suited – more accurate even if it is far too drab a title. The events in the film lead to more impressive stunts than effects: a character is tossed out a second story window and another is set on fire. Most of the supernatural activity is relegated to audible EVP recordings and creepy lights shining out of buildings and rooms. The script does try hard to compensate by inventing an elaborate mystery for Morgan to Scooby-Doo away. The films loses track of what it wants to do failing to maintain any tension, atmosphere or suspense. It ends up giving off a strong made-for-TV vibe that is unimpressive and disappointing. 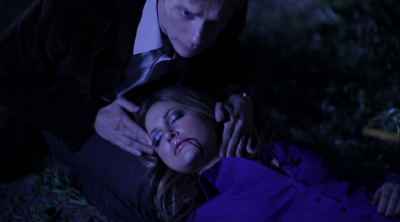 Spirit Hunters is a waste of time. It is a dull attempt at spinning a mystery into a generic Ghost Hunters inspired plot. It struggles to keep its audience interested and to generate any apprehension. Many of the actors appear bored even those who are obviously trying very hard to make something out of nothing. A shining light is the film’s lead, Michael Chandler who has a friendly, inviting screen presence. The banal tone of the film and its movie-of-the-week impression leave the film floundering in mediocrity. The script has a creative idea at its core, one that could make for an interesting movie; however, the road getting there is so mundane that it means very little by the time the twists and secrets are revealed. It is difficult to recommend Spirit Hunters outside of Chandler, Robert Picardo and Doug Jones. Skip this film and watch a rerun of Ghost Hunters on SyFy; it is far more entertaining to watch Steve Gonsalves jump away from a random spider than to suffer through this dud.