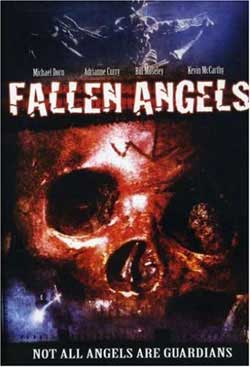 When a turn of the century prison reformatory is slated for demolition, a grisly discovery is made. Hidden deep underground beneath the west cell block is a sub-basement structure that has not been entered in 100 years. Inside are the skeletal remains of several brutally slain children. As a CSI team arrives at the prison, an even more disturbing discovery is made that will eventually unveil a legion of seven demons and their even more chilling origins: each demon is responsible for one of the seven deadly sins. Seven deadly sins…Seven deadly demons…Seven more deadly ways to die…

With so many cool D list actors on board and the talent of FX wizard Bob Keen who graced us with the cool creatures from the Hellraiser films, it pains me to say this film may be among one of the worst on the horror market. In fact, from what I can tell it never made it to rental shelves, never came out with its director cut version and virtually was swept under the rug like a bad relationship that soured. Though the concept is still intriguing and it is filmed at the rather cool Mansfield prison location. In fact, it has tons of actors who signed on, several demon characters that mirror a Hellraiser type scenario with a different purpose and is directed by Jeff Thomas who’s previous feature “13 Seconds” I really like. So what gives?? 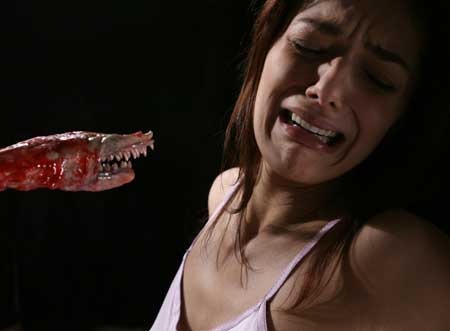 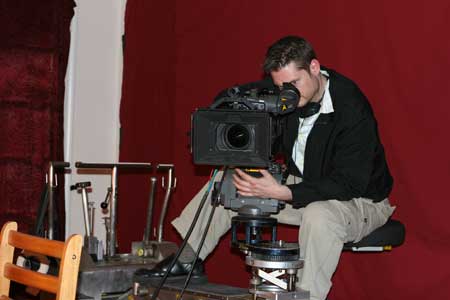 As in the film business, sometimes too much of a good thing is a bad thing. With a rushed production schedule, actors showing up for day shoots and a producer who seems like they took on the project to element their cool factor, the film just falls miserably into a complex script that is too complex to gain any momentum. Too many characters, names and back stories that you might as well have called it “Dune” in that respect. Bob Keen who does wonderful work, seems like he took the week off and re-used some bits and parts laying around in his store room. Now to be fair, a few of the creatures are pretty cool. That is if you were even able to see them in the few seconds they are on screen. However quite a few were not so cool, looking like Halloween masks and pseudo Hellraiser outfits that didn’t make the cut in the original films. The premise has an unleashing of the 7 demons…yunno…..Lust, envy, Greed…etc. Each is represented by the sin they govern. They also inflict a kind of theme based kill that goes with their sin. But at the same time, they kind of don’t and ends up being a mess. 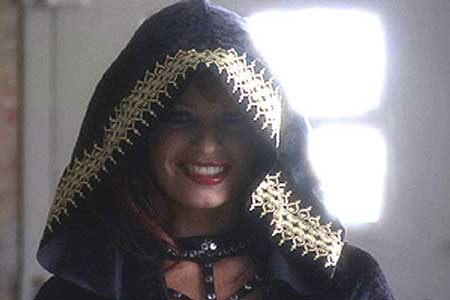 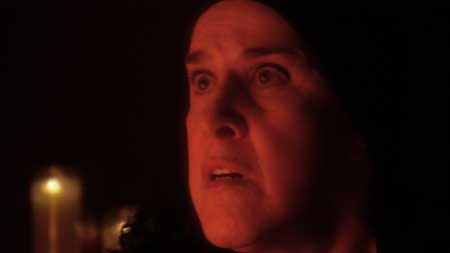 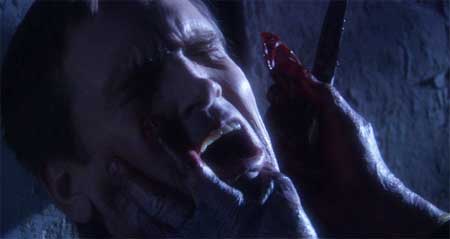 The range of actors is odd, featuring appearances by Adrianne Curry, Reggie Bannister, Ruth Buzzi, Kane Hodder, Christopher Knight, Martin Kove and that’s just getting started. My impression is that someone owed alot of favors and wanted to either meet or get alot of friends into the production. This only works if each role is worth something, but most of the script only offers actors like Bill Moseley any screen time. Christopher Knight just should not be in horror films…sorry but as much as he wants to progress his career, he doesn’t feel right for the genre, period. The best scene actually is in the intro segment that involves Adrianne Curry. The whole intro segment feels like it was a different movie until once we get the remainder story that falls after the credits. In other words, the Mansfield prison days didn’t work. David Hess who turns out to be the leader demon of the pack comes off as the wimpiest demon ever!!! I mean really??? you couldn’t give Dave some better material and directions to go with….sorry this kills the ending instead of complimenting it. 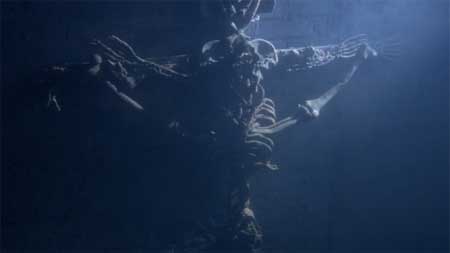 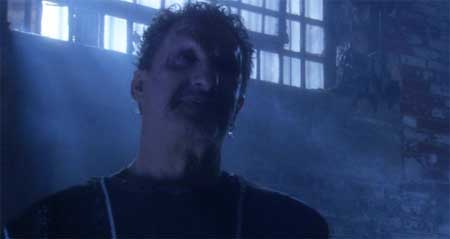 I’m guessing if this production had the cash to take its time with 2 more weeks added on to the shoot you might have a cool product. In this case it didn’t and what you have it boring, confusing, sloppy and features the worst camera usage I’ve seen to date. Several shots laboriously pan in slowly….to the point of monotonous and repetitive. Wasn’t there more dollies on set?? More camera men for that matter?? It appears not. 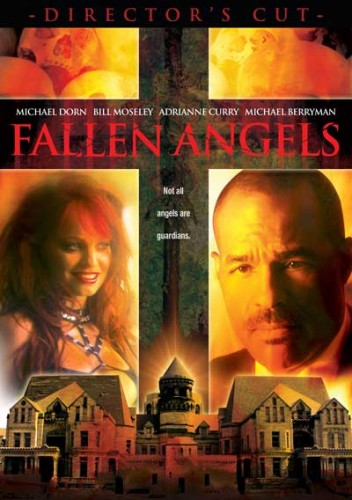 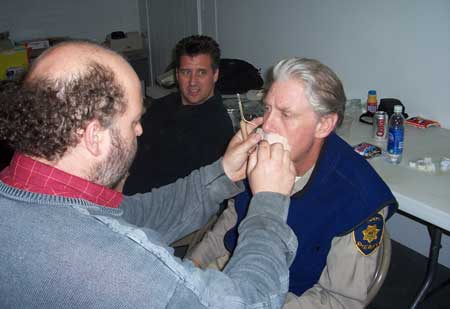 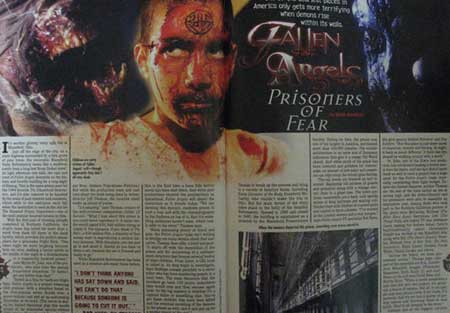 The DVD includes a couple of extras, behind the scenes which actually are somewhat uncomfortable listening to every actor praise the director and then knowing what a stinker it was. I’m guessing this was filmed before the premiere? Fallen Angels has all the right intentions, just executed wrong. If there is a second chance, and more money available I’d love to see Jeff completely scrap this version and redo it “entirely” over. The script is rich with religious context and should be represented more faithfully with a tighter eye on the consumers needs. Religion horror is great, as long as folks get it. Once you loose them in the first 15 minutes its a drag to till the end. Which it was.