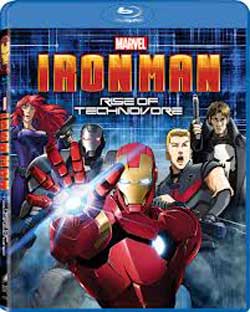 Billionaire Tony Stark, in his Iron Man armor, prevents an attack from a mysterious new foe, but innocent bystanders are killed, including his best friend War Machine, Lt. Colonel James Rhodes. Detained for questioning by S.H.I.E.L.D., Iron Man escapes, determined to find the mastermind behind the attack. Pursued by Black Widow and Hawkeye, Iron Man enlists the help of the ruthless vigilante The Punisher. But can the Armored Avenger handle what he finds when he catches the person responsible and is forced to face his deadliest weapon, a biotechnology called Technovore that could wipe out all life on the planet.

I do love these Marvel superhero animations. This particular one is packed full of the usual action and dynamic images with a feeling that is similar to some of the anime Marvel releases that have been released before it. Directed by Hiroshi Hamasak, this releases is a straight to bluray product that was produced by the team at Madhouse (in collaboration with Marvel). 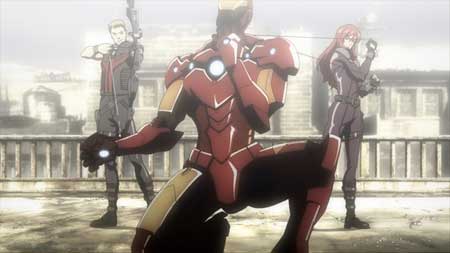 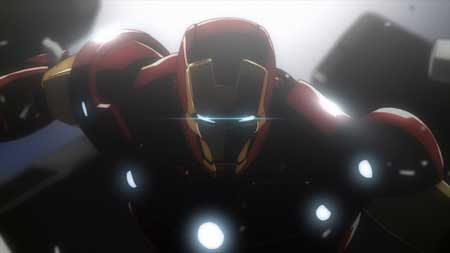 The story is deep and dark as Iron Man takes on a villain by the name of Ezekiel Stane. Stane is actually a young boy who has developed a biotechnology that gives his stylish armor an organic construction. The presentation of this villain is quite bizarre which takes thing into a direction that you might expect from an Akira animation. Strangely surreal at times with other times being an all out to the bone battle.

As usual we find billionaire Tony Stark testing out new weaponry. His latest creation includes a eye in the sky satellite project that Stark industries has developed to monitor all the activities of the world. It is explained that its purpose is to protect everyday citizens from crime but is met with much pushback due to security issues. Tony Stark dressed in his Iron Man garb is joined by his best friend War Machine (Lt. Colonel James Rhode) who is thought to be dead after a vigilante terrorist attack from a group of raiders and the enigmatic Ezekiel Stane. Stane takes down the entire operation with organized weaponry that corrodes organic material and humans upon release. Iron man barely survives if not for his armor which stands up the attack (barely….that is). 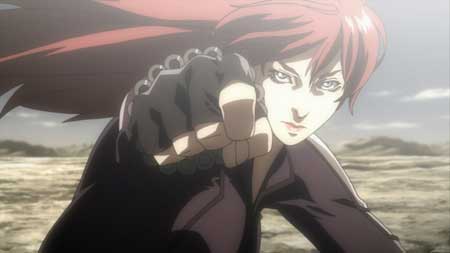 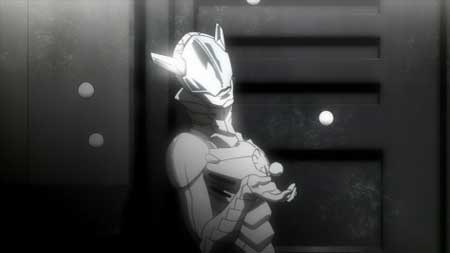 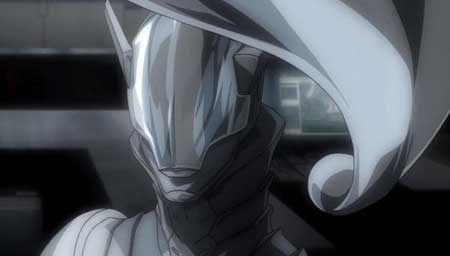 S.H.I.E.L.D. who questions the nature of the attack sends in Black Widow and Hawkeye to locate Iron Man and take him in for questioning. Iron Man seeks the help of Marvel vigilante “The Punisher” to strong arm the team while he searches for the originator of this deadly weapon (and to take the heat off his back from S.H.I.E.L.D). Ezekiel Stane threatens the entire planet with his creation which almost proves to be too complex and powerful for even Iron Man to combat. 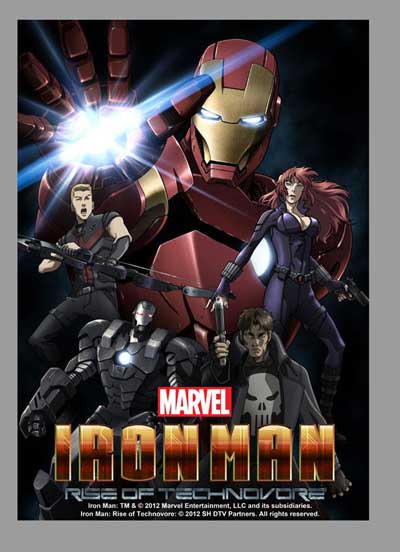 While visually powerful and full of great animated shots and battle scenes, “Iron Man: Rise of the Technovore” is quite a trip! It’s a bit deep for younger viewers with some animated violence that would suit adult viewers slightly better. Though it is the complex storyline and character interchange that might get a bit “heady” for casual viewers. This is good news for the adult crowd who wants story, substance, and drama all rolled into one. We do of course get a few characters that Iron man encounter which makes for some tasty styling material especially in the case of the now savvy Avengers lineage. Most impressive was the use of animated shots which feel like a highly illustrated comic book coming to life. Great job to the team at Madhouse with another successful product featuring one of our favorite Marvel super heroes.