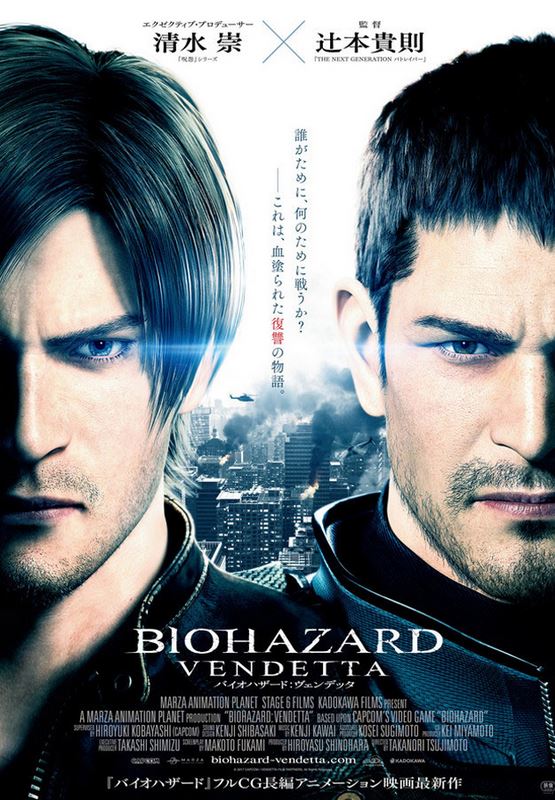 BSAA Chris Redfield enlists the help of government agent Leon S. Kennedy and Professor Rebecca Chambers from Alexander Institute of Biotechnology to stop a death merchant with a vengeance from spreading a deadly virus in New York.

Let’s take the clocks back to the 1990s. This was when Konami still made good games and didn’t treat its employees like feces that leaked out of a monkey’s infected anus, and Capcom wasn’t completely crapping on their most popular franchises. This is when Capcom introduced the world to Resident Evil, which was a horror game that would influence many copycats over the years. It created a very tense atmosphere by creating a scarcity in resources. You couldn’t Rambo your way through scenarios because you could find yourself facing a really nasty creature without the right kind of ammo/equipment to face it.  Sadly, the franchise started to get away from what made it work in a desperate attempt to appeal to the Call of Duty fans. Action took precedence over creating tension. The live action movies were also more focused on creating action set pieces than making anything remotely scary. Sadly, the computer animated movies weren’t much different. 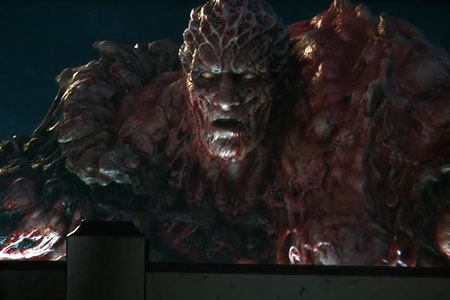 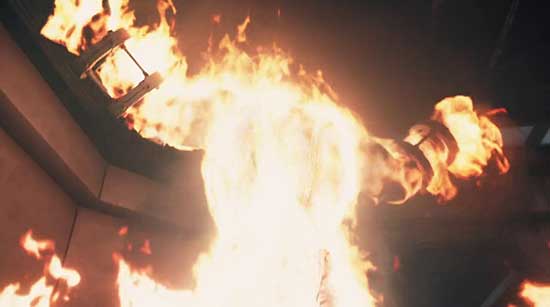 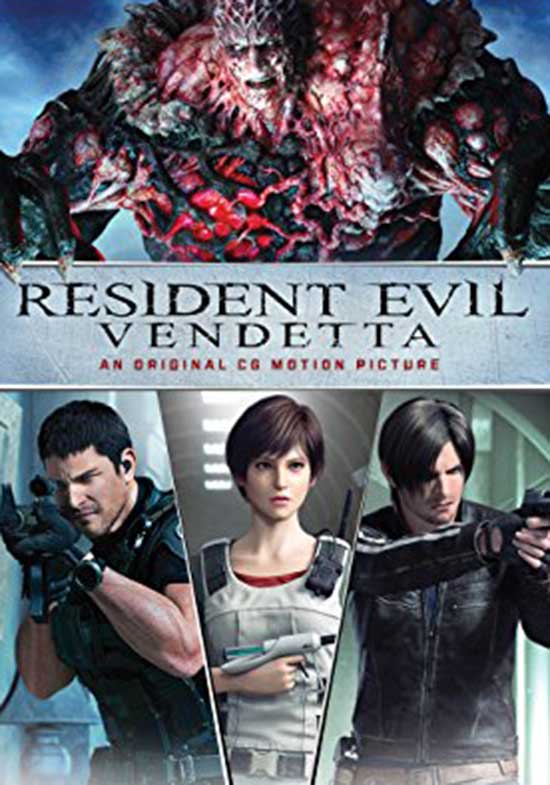 Resident Evil: Vendetta is another entry in the computer animated franchise. It centers on Chris Redfield and his quest to capture and arrest a weapons dealer named Glenn Arias. Arias is dealing in biological weapons, and is on a quest for revenge after his wife was killed on their wedding day by a drone strike. Chris must get the help of his former teammate Rebecca Chambers as well as Leon Kennedy (from the previous movies and other Resident Evil games) to help him stop Arias from releasing a virus in New York. 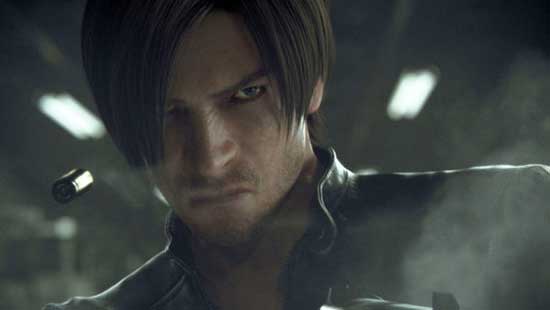 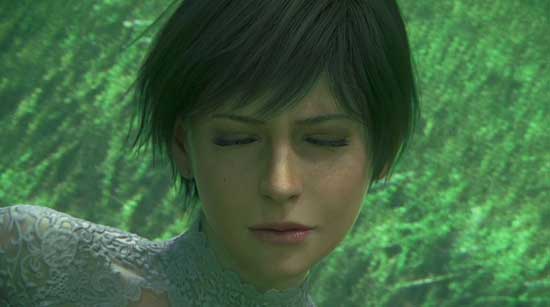 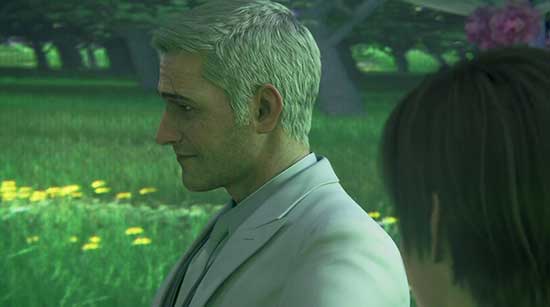 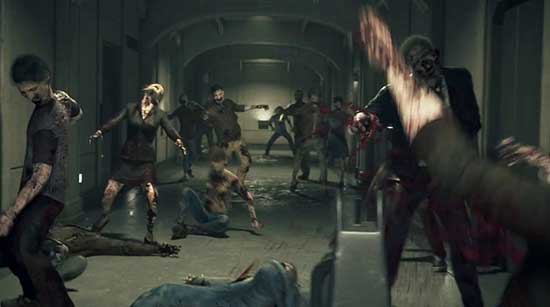 As I watched the movie, I couldn’t help but notice that some of the action sequences, particularly with Leon, were reminiscent of John Wick. Leon even moves like Keanu Reeve’s Wick character and holds his gun the same exact way. It’s like the filmmakers watched the movie a million times and said “We want that, but with zombies and other monsters from the games!”. I understand that these are supposed to be highly trained people, but the concept was always that these are not superhuman dynamos. They were people who were caught in an impossible and horrific situation and had to use their skills and wits to survive. Now they just have to channel their inner Keanu and they become unstoppable bad asses. For an action movie, that’s a not a bad thing. For a franchise that was once steeped in horror, it fits about as well as Sylvester Stallone teaching acting classes. 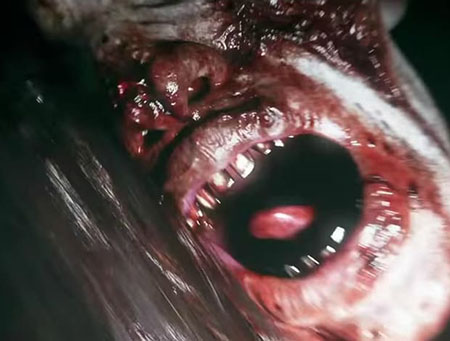 No time is spent on character development. Our two main leads are only different from one another by their appearance. Not much is done to make their personalities different beyond “guy with gun”. Gone is the cornball jokes that made Leon so endearing in Resident Evil 4. Chris Redfield never had a personality to begin with, and this movie doesn’t do much to help give him one. The character of Rebecca Chambers seemed to be included just to have a female character in the flick that needs to be saved. What’s frustrating that there seems to be moments where they filmmakers hint at some deeper personal feelings between characters but never elaborates on them. Some kind of development of the characters, and their relationships with one another, would have actually provided something more interesting to the movie other than bringing more explosions than a Michael Bay fetish dream. 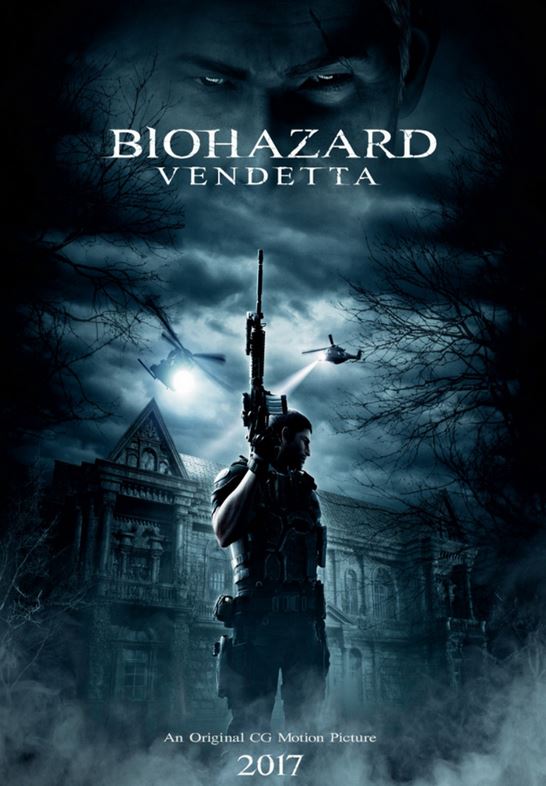 At least the voice acting was competent and the computer animation was pretty good. It doesn’t completely fall off the uncanny valley cliff like it does in some movies where they try to GGI a dead actor into a movie (looking at your Star Wars: Rogue One). The movie overall was better than all the live action flicks put together, but then, the bar has been set so low for Resident Evil movies that it could have been a YouTube video of a man in a rubber mask stumbling around moaning and it’d probably be better than another installment of Milla Jovovich’s latest paycheck grab. The action set pieces were pretty entertaining and were the high points. 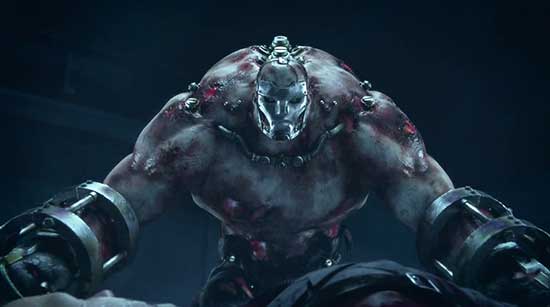 As an action movie, Resident Evil: Vendetta kind of works. There may not be any character development, but the action set pieces are well thought out and exciting at times. However, as something that bears the name of a franchise that once was synonymous with horror, it fails. Only watch if you’re a die hard fan of the series and can’t wait to see something starring your favorite characters from the game series. Otherwise, you may want to pass.