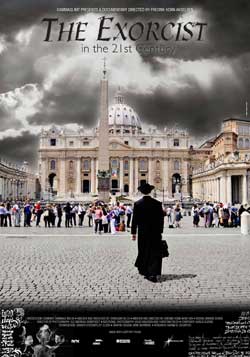 The Exorcist in the 21st Century takes the viewer into the unknown and sinister world of exorcism in the Catholic Church. We meet one of the few exorcists in Europe, the Vatican approved José Antonio Fortea. He travels around the world on a mission to enlighten the masses about demonic possession. Constanza, a Colombian woman, is desperately looking for Fr. Forteas help. She claims to have been possessed by demons for nearly 15 years and she goes through a ritual of exorcism before she sees the Spanish exorcist as a last hope for spiritual liberation. The film follows both their journeys and gives a unique insight into one of the world most secret and mystical rites – the catholic ritual of exorcism

I received a documentary the other that caught my attention right away. Titled “The Exorcist in the 21st Century“, I knew I’d be taken on a camera eye joinery centered around the subject of Exorcism and the priests who practice it. This documentary is directed by Fredrik Horn Akselsen and produced under “The Disinformation Company” clocking in at 80 minutes. 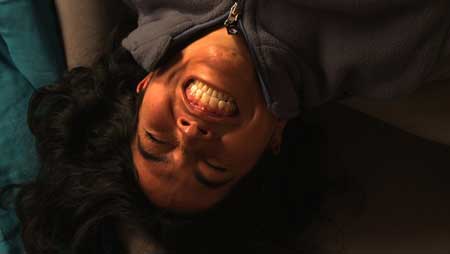 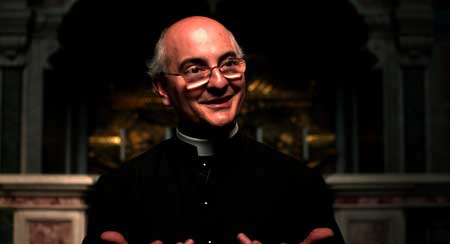 For readers, you should know that this is a legit documentary and not meant to be a horror film or “found footage” exercise. It’s actually in the vein of History channel style documentaries and for that reason is less sensationalistic than more consumer driven products. I for one found this to be a good thing as you get the raw footage of priests, their perspectives, and the cases they come across. The exorcisms are primarily left to one young woman who breaks out into occasional evil rants after calmly talking to the camera or being in the presence of holy men. Towards the end of the film we see a more mass (but limited) hysteria that occurs within several women who attend a public gathering with José Antonio Fortea reciting rituals in tongues. What you take away from this segment, I’ll leave to your own perspective.

I’ve always found the subject matter to be of great interest. The priests who practice it are far and few between and are tasked with a job that most would not even “dare” attempt. This is not fiction or Hollywood, this is the epidemic that has afflicted a few unfortunate over the years who have been literally possessed and attacked by evil spirits. The whole subject in itself brings a strange realism to the issue of life, death, the hereafter AND the reality of evil forces. 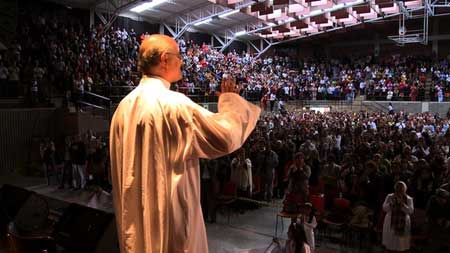 While it is clear that their are many religions and many beliefs that don’t prescribe to Christianity and the realism of demons, it is quite clear that the priests who are experts in their field certainly have faced this darkness head on that goes beyond the explanations of psychiatry and mental illness.

This film interviews quite a few of the practitioners with a focus on one in particular, José Antonio Fortea, who has written several books on the subject. We get his perspective of his “rise to fame” within the church that is filmed against several appearances that have followers of his books reaching out for healing. It is all kept down to earth with honest narrations by the men who practice this form of healing.

The film does get the perspectives of other priests and how Exorcists are actually considered a bunch “outside” the norm. While still a part of the diocese and priesthood, they are also looked upon in a certain respect as “mad caps” 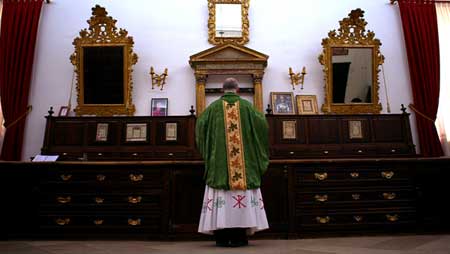 The film “The Exorcist” is also discussed as a boost to a higher acceptance to the practice of exorcism. As a film, it is never discussed in detail but is acknowledged as a “win” for the priests who struggle to bring clarity and acceptance among the church communities. 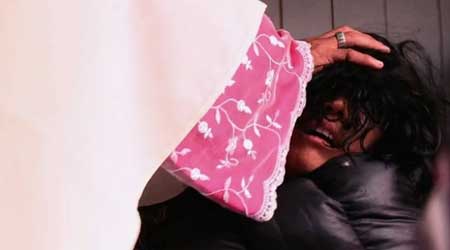 “The Exorcist in the 21st Century” documentary is centered entirely overseas within more primitive cultures who are more prone to superstition and spiritual embracing than many sectors of the Western world. In summary, the documentary is well made and provides insight into this obscure profession within the church. If you are looking for action, horror and fx, then this is not your film, though if you want some clarity and honest perspectives then you’ll want to pick this up and take a gander.