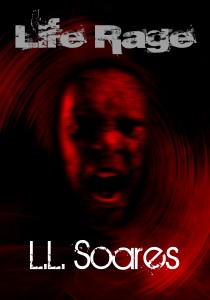 Modern Society seems to leave many of us just plain pissed off most of the time. Maybe it has to do with the lack of much honest to goodness fighting or flighting, resulting in too much adrenaline built up wand nothing to do with it. Maybe we just haven’t physically adjusted to the changes in types of strain associated with living in city environments and working with stresses that aren’t directly related to something trying to kill you. Maybe the world really is filled with stupid assholes. Regardless, we’re angry.

To a certain extent, that anger seems to be part of what Soares is dealing with in Life Rage. But that isn’t it completely. We do spend much of the time in the head of a rage counselor, Sam Wayne, who appears to be absorbing the anger of his patients. While this cures them, it builds up in him and explodes in violent outbursts of blood and sundered limbs. So, there’s that. But then there is Colleen, who has unsuccessfully attempted to fill the emptiness of her life with sex and Vivian, who kills people by unlocking their pain during some particularly vigorous f*cking. By the end, these threads kind of merge while the order world dissolves around them.

Over the years, I have enjoyed LL’s short fiction. Lean, harsh, always seems to take a different tack than expected with a great sense of developing characters as people. In Sickness, his collection with Laura Cooney, kicked my butt. That’s why I’m a bit perplexed here.

Life Rage comes across as a bit of a mess. It scrambles to find its footing and direction and never seems to quite succeed. Characters and plot threads are built up only to be tossed aside without a glance. I like the idea of setting a back story and providing context to a character to make them more than a bloodbag on a stick, but even when we spend a large amount of time with them here, they never quite seem to coalesce as valid beings. In the end, when they died, I didn’t find myself caring anymore for them.

Even after finishing it, I’m not certain where the important plot lines were. Was it all about the fruitless attempts to find happiness and peace through sex? Was it about the infective nature of our anger and the ways we spread it to other people? I very much would’ve liked it to be a tragedy of lives consumed by the vices we just can’t seem to will out of our systems. But, alas, I’m not sure where the focus was because it is all over the place.

I think the potential for a kick ass tale is there. Maybe with some brutally tight editing and some time backed away and considering what matters most in this. Maybe it could be broken up into some smaller stories to deal with each idea. I don’t know. All I know is that, as much as I really wanted to like this novel, I couldn’t get into it.

Don’t get me wrong, the characters we have and the situations they are in are interesting enough that I never completely gave up on it. I wanted to see what they would do and what would happen as a result. At several key moments, he had me by the balls. That stands for something.

Ultimately, Life Rage is chock full of potential that didn’t pan out for me. If you have the patience, there are some interesting characters, broken in their own interesting ways. Lots of blood and sex, for those looking for that. But without direction and focus, it left me feeling flat.

buy it from Nightscape Press here. 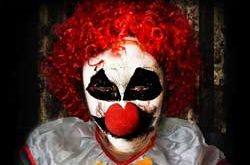