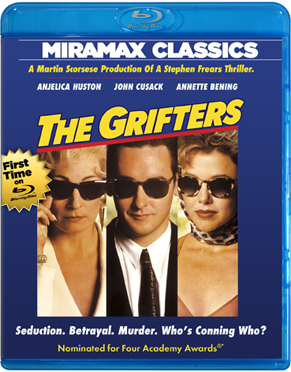 A small-time conman has torn loyalties between his estranged mother and new girlfriend–both of whom are high-stakes grifters with their own angles to play.

“The Grift”, as they would call it, refers to the lifestyle of con-artistry. Roy Dillon (John Cusack) is a small time con artist, just trying to make his way thru life while stowing away enough to hopefully quit the racket. His life as not been easy faced with leaving at an early age to pursue things on his own. His mother Lily (Anjelica Huston) is no saint either. Being a young mother at the time and trying to raise a kid just didn’t fit with her con-centered lifestyle. Now years later, after playing the race tracks circuits for her employer Bobo Justus (Pat Hingle), Lily has “also” been thinking about getting out the racket. Siphoning off the top, she has managed to stow away her own future savings. As she attempts to reunite with her son after 7 years, it soon becomes clear that the residue of their lifestyles is always in the foreground to tempt them with the things they have come to love…money and the con. 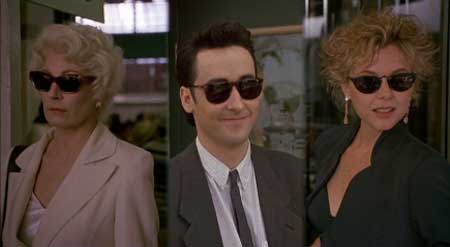 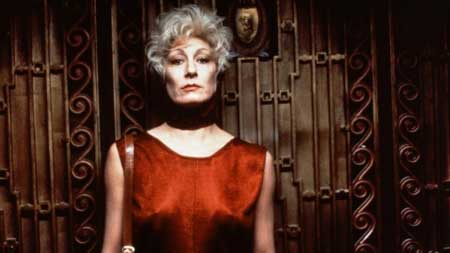 Lily manages to reunite with her son who has just suffered a fatale stomach blow after getting caught in con gone wrong. The incident almost proves to be fatale if not for Lily’s quick mother instincts stepping in to get Roy medical attention. This begins a new chapter in Roy’s life who begins to warm up to a relationship he has been trying to shake. 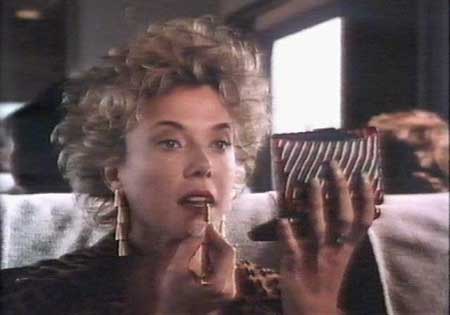 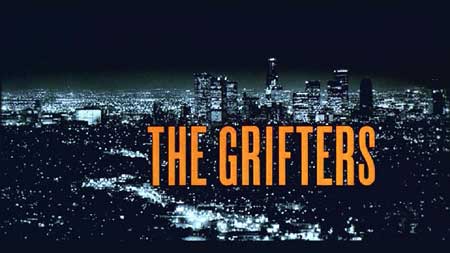 The cult film with its offbeat rhythm would prove to be a win for actor John Cusak, not to mention his 2 main co-stars who all received praise for their performances. It has just enough of a quirky story base to stand on its own as a film that deserves repeat viewings. Directed by Stephen Frears , “The Grifters is a film that takes on many directions during its course and keeps things simply interesting. It would be actress Annette Bening as con artist “Myra Langtry ” that would brings that extra fizzle to the screen with a firm helping  of sexiness, presence, and cunning character-play. As Roy’s girlfriend, Myra is always seeking the next big con and a partner to share it with. The 3 characters evolve over the course of this production with each demonstrating a mastery for their trade. While Myra exudes a sassiness that you can’t help but love, Lily plays an almost complete opposite that works well with her cold but determined nature. This leaves Roy, who takes after his mother but who also plays things smart and cool. Cusak keeps things subtle but also keeps a steady balance between Huston and Bening. 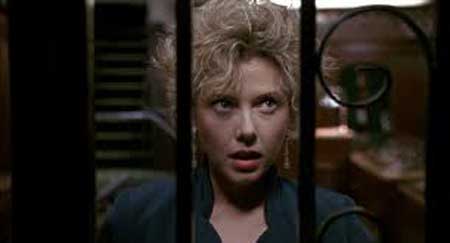 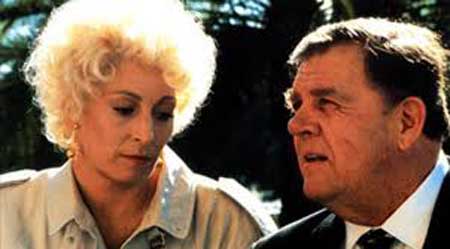 “The Grifters” wears the distinction of being produced by Martin Scorsese, but makes its claim from a pulpy novel by Jim Thompson. It’s got a flavor that feels classic and yet keeps its rhythm moving fromone point to the other. Some describe the film as almost having a “noir” feel even though it never gets into any retro settings. There’s violence, drama, sex, comedy and good old fashioned acting that has made this a fan favorite over the years. 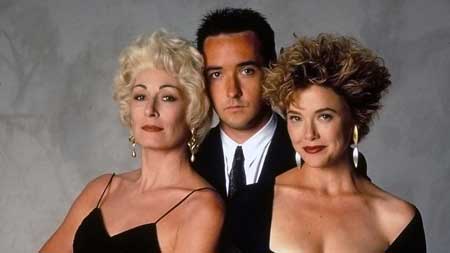 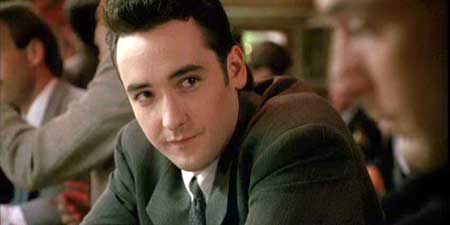 In preparing for the film, it was reported that actor John Cusak studied with real grifters and practiced his slight of hand tricks against acquaintances he knew. The take away from this film which tends to delve into dark moments is a certain appeal that is brought to the trade itself and how “grifters” make a living. “The Grifters” stands as one of my favorite “Cusak” films and is recommended for movie lovers who are looking for something unique and well-written.

The Grifters is now available on Bluray per Echo Bridge Entertainment