I’m in an indie groove tonight. Got some news on a new stalk and slash in the woods creeper titled ISOLATION and I’m loving the artwork they’ve come up with: 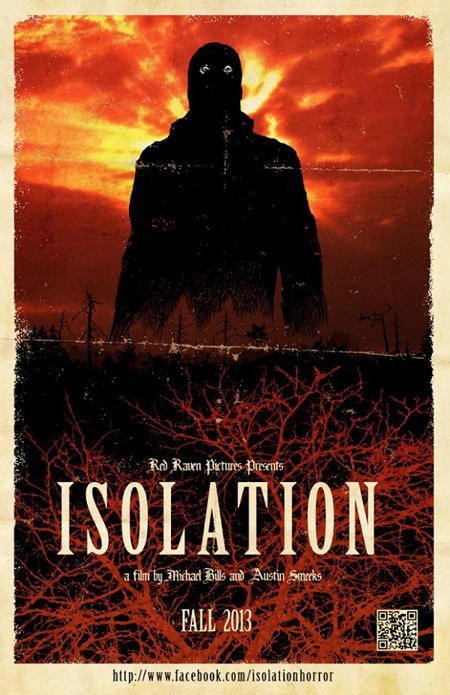 Six friends go out to the middle of no where on a camping trip. They just want to have one last bash before their summer break is over. And they have to return to their separate schools. But their worst nightmare’s come to life when two psychotic brothers enter their camp wanting nothing more than to have the time of their lives as they brutally assault and torment these poor kids. Their only hope is for them to hide as long as they can and Pray they make it through the night.

They are hoping for a Fall release but first they’ve got to get the thing made. You can head on over to their FACEBOOK page and lend a hand if you’re so inclined.

Here’s that teaser I was talking about: