Home | LIONSGATE Signs On For RITUAL

Got word this afternoon that LIONSGATE has pick up the US distribution on a interesting sounding project titled RITUAL. Deadline got the exclusive of the multi-territory release in which LIONSGATE will hand the stateside distribution. It’s the directorial debut for Mickey Keating who also wrote the project.

Synopsis
The radio blares a 24-hour Halloween Weekend Fright Fest as Tom Moses drives deeper and deeper into the desert. He arrives at a sleazy motel, where his wife, Lovely, informs him through the locked door that something terrible has happened. He persuades her to let him inside and discovers a man slumped against the wall on the other side of the room, stabbed to death.

Though Lovely tries to convince Tom that she only came here for a drink, he knows the real story – this isn’t the first time she’s run off with strange men in the middle of the night. Lovely begs Tom not to call the police, and against his better judgment, he finally agrees to help. Maybe he’s a fool in love, maybe he’s just a plain fool, but his decision to stay is certainly the worst he’ll ever make in his entire life. It is not long before Tom discovers a video camera in the trunk of the man’s car and plugs it into the television. He and Lovely watch as a horrifying image crackles to life: a group of individuals, shrouded in robes and disguised in skull masks, ritualistically sacrifice a helpless girl.

The situation becomes clear, and Tom and Lovely realize that they need to get out while they still can. But the night has only just begun, and the strangers in skull masks soon arrive with a plan of their own… 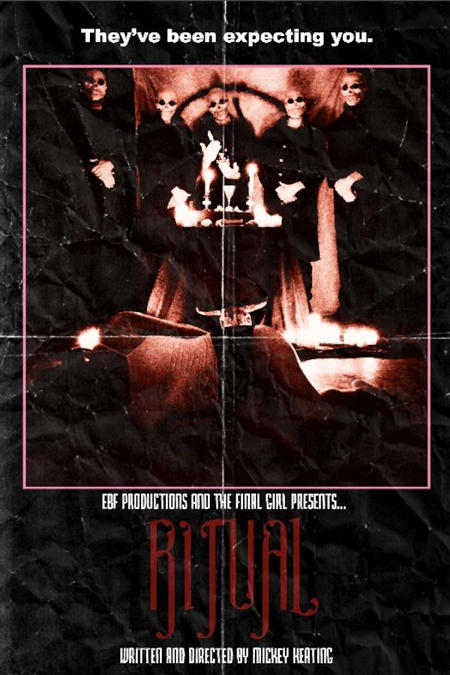