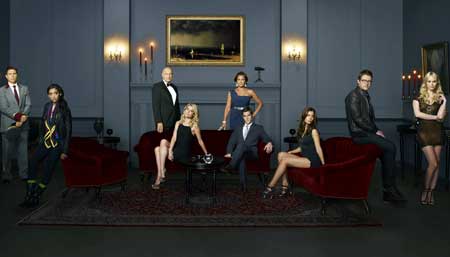 If you could make one wish, what would it be? And what would you do to get it? At 666 Park Avenue, all of your dreams and burning desires can come true: wealth, sex, love, power, even revenge. But just be careful what you wish for, because the price you pay… could be your soul. Welcome to The Drake, the premiere apartment building on Manhattan’s Upper East Side. Owned by the mysterious Gavin Doran (Terry O’Quinn – Lost) and his sexy wife Olivia (Vanessa Williams – Desperate Housewives), The Drake is home to dozens of residents who are unaware they’re living in the dark embrace of supernatural forces. They think their dreams are all coming true, only to find they’ve been lured into making, what feels like, a deal with the Devil. When a young Mid-western couple – Jane Van Veen (Rachael Taylor – Charlie’s Angels, Grey’s Anatomy) and Henry Martin (Dave Annable – Brothers & Sisters) – is hired to manage The Drake, they soon discover that evil, obsession, and manipulation has a home. Allow yourself to be seduced by 666 PARK AVENUE, and unravel the mysteries of this devilish new drama from Alloy Entertainment (Gossip Girl, The Vampire Diaries, Pretty Little Liars) and executive producers David Wilcox (Fringe, Life on Mars), Leslie Morgenstein (Gossip Girl, The Vampire Diaries) and Gina Girolamo (The Secret Circle, The Lying Game).

“666 Park Avenue” is an edgy TV series that found its footing around ghosts, demonic spirits, and the occupants of the 999 Park Avenue building known as “the Drake”. This short-lived TV series would only last for a total of 13 episodes after it was announced cancellation in November 2012. It’s too bad, as it was one of my more favorite new TV series to arrive that year.

The show began almost instantaneously with some of its occupants finding that the deals they made (with owner Gavin Doran (Terry O’Quinn)) would end on a tragic note (of some sort). Gavin Doran who has lived there for quite some time with his wife Olivia (Vanessa Williams) is the show’s main antagonist who we instantly suspect as being the devil (or some agent of the supernatural). This mystery factor would help carry the story as we learn more about Gavin’s true nature over the course of each episode. Seemingly charming at first, we usually find that he commands a certain amount of abilities that commands time, space, and the life and death of others. Often he finds that occupants are eventually in need of “something” that he can assist on. This pact (so to speak) forms a deal of which he uses quite frequently to command his ring of tragedies and manipulations. As much as we buy into his generosity and decent nature, there also seems to be a diabolical purpose for it all. 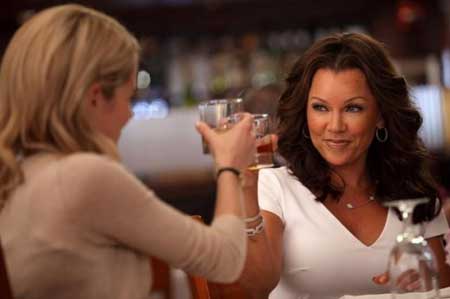 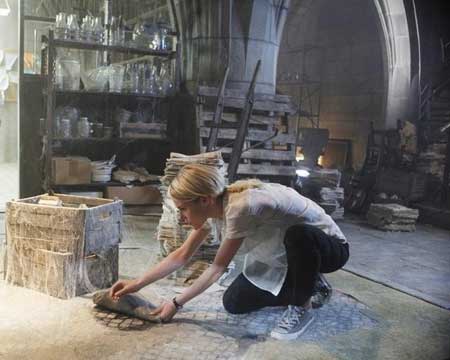 The series would focus around its tenants lives and their relationships. Over the course of time, we would come to know that there is a plot or agenda that is brewing around each of them. The building itself, The Drake, also presented a mystery to the series which at times showcases a flock of soul-stealing birds that arrive from the walls, an occasional demon seizing moment, and the presence of ghosts and past merging (sometimes with the present).

Rachael Taylor as Jane Van Even is the new co-manager hired to look after the building when her and her boyfriend Henry Martin take on the new position. The couple quickly build a strong friendship with the Doran’s, who take a quick liking to the 2 of them.

The Doran’s are quite wealthy, often attending local business functions among the cities elite. Olivia, Doran’s wife lives pretty comfortable as a socialite of sorts (also indulging Jane and Henry into their way of life). Among the residents, we follow Tony Demeo (Erik Palladino) the doorman, Alexis Blume (Helena Mattsson), playwright Brian Leonard (Robert Buckley), his wife Louise (Mercedes Masohn) and Nona Clark (Samantha Logan), a young girl who possesses a certain gift that sometimes sees into the future. 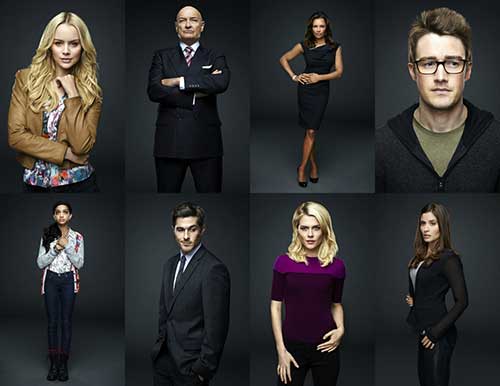 We learn of plots brewing over the course of the series with each designed to manipulate the situations on some level. All of which seem to somehow return to Gavin as being the source. Meanwhile, Gavin in has to deal with local officials who want to see him brought down as well as his hold over this building. 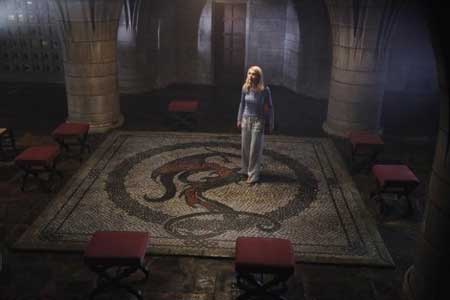 Jane becomes suspicious after finding past information surrounding the building’s history. She also finds clues that lead to some of the building’s more curious aspects left over in its architecture. We get early on that the building is also not what it seems.

“666 Park Avenue” would lead to all sort of bizarre circumstances. A new reporter who is able to bring to life anything she writes, a doctor who borrows money but has to live with the debt scarred across his chest, an old woman who is mysteriously living a almost comatose existence after meddling into the “Drake” a bit too much and a spirit from the past who murdered his family returning to inflict the same upon Jane Van Veen. We also learn of a box that holds great value to Doran. While its contents are at first unknown we suspect paranormal dark forces surrounding it. 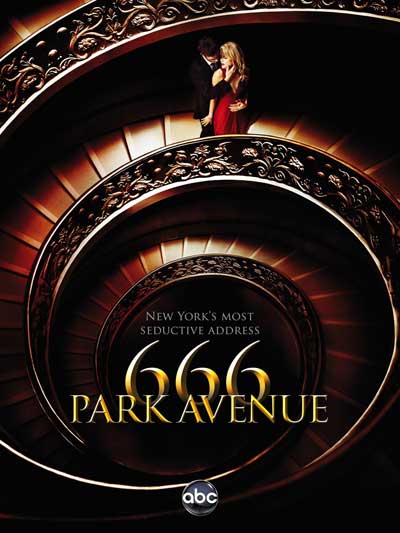 A competitor of his Shaw hires a thief to steal “the box” which sets Doran into panic mode. Though not ruffled easily, Duran begins the process of shaking down those to get the answers he needs. Shaw approaches Gavin’s wife Olivia to try and get her to backstab Gavin. All the while it is alluded to “what kind of man” Gavin is. Gavin now equipped with his main henchman “Kandinsky”, wastes no time is using him to full effect as a strong arm (“Kandinsky” is a newly created manifestation that came out of the reporter who “got whatever she wrote” that now works for Gavin).

Jane discovers a hidden spiral staircase in the basement that opens up when she places her necklace into the floor. As descends, she is taken back in time into the Drake and within the body of another former resident. The ordeal leaves her a bit confused which takes one of the Drake’s residents Maris Elder (Whoopi Goldberg) to figure out what happened. While this is all occurring, we learn that Olivia’s daughter Sasha may still be alive and in hiding. In fact, she is revealed as the mystery PR agent Laurel Harris that has been helping Henry Martin to run for office.

Much of this series takes the metaphorical tone of “careful what you wish for”, which without the creature makeup reminds me of the Wishmaster franchise (or the acts of a Djinn for clarity). What makes it work in this case is plenty of time to grow with the characters and their sub stories. The series has deigned each of the characters to present themselves in one scene, while later alluding to a connection or darker past history that ties the pieces together. As the series rounds out to its final episodes we learn more about the Drake, The Dorans, and the circle of evil that Gavin is centered within. 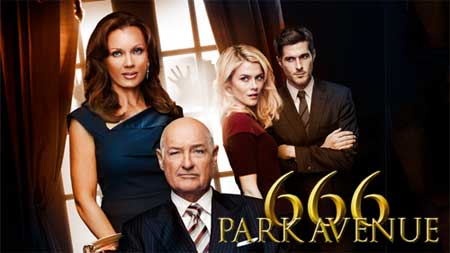 Rounding up the 13 episodes, viewers would come to expect more resolution than was given. Even so, we learn enough about the pieces, that we can draw some of our own conclusions. It has even been stated in interviews that Terry O’Quinn didn’t himself know all the details of who he was. Perhaps that would have been fleshed out in a 2nd season if it was green lit. Though because Gavin “does” suffer from some factors that mortals do, it’s safe to say he is not the omnipotent devil himself. This mystery box that appears now and then seems to be the source of Gavin’s power. His power being to grant wishes in exchange for souls. His power is also rooted with supernatural abilities and originating from dark sources. We never learn all the details of these sources, but can speculate that they come from some form of Hell or dark place. It would be my guess that Gavin is also forced to serve in exchange for his lavish lifestyle. It would also be my guess that if their was a 2nd season, perhaps we would learn more about Gavin’s deal made (immortality, power maybe??). I assume that the writers never wanted to place a label on Gavin leaving an abstract hint of mystery of who and why he is (also separating the religious factor). With the last episodes 12 and 13, we learn enough about the secret societies that we get that there has been a struggle of good and evil. It seems to be enough to call it a day and leave it at that.

In the final episode Gavin is reunited with his daughter who “also” is bestowed with the “legacy”. This legacy is rooted at the Drake like Gavin. We learn Gavin’s daughter has become pregnant and that her pregnancy will “someday” reveal a child who will go on to do great things. This child struck me as a model for the antichrist, but then again “that” wasn’t mentioned either. My takeaway here is that Gavin is a servant to a higher force of evil that in return has bestowed a comfortable and luxurious lifestyle. Gavin must serve this higher power with a lifetime of gathering souls.

“666 Park Avenue” proved to be a very dark-rooted TV show embracing its horror elements much like the show “American Horror Story” (but in a more classic style direction). 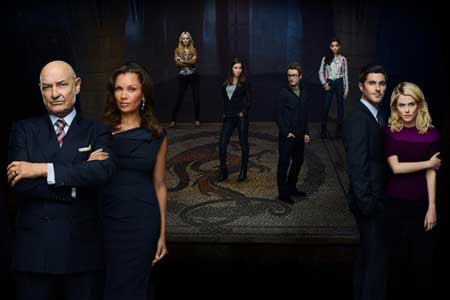 – The actual address used was “999 Park Avenue”, which is seen turning upside down in the first episode. The number 666 was captured in the intro credits which uses a spiral staircase to symbolize the turning of 3, 6’s

In all, “666 Park Avenue”, I thought ran pretty well (ok, swap that…extremely well!) also introducing new aspects that made the whole union quite intriguing. The episodes helped to spark more interest in the supernatural elements that we would learn more about over time. Certainly Doran’s evil provided a much “needed to know” interest that kept us glued from episode to episode. It’s quite shame that the series didn’t catch on as it only means another “seeming success” finding it way into the cutout bin of new series trying to make their way onto another season. I suppose with the announcement of only 13 episodes that it means we’d get answers much sooner than spreading it out over seasons, however it will always find a place among my favorite dark horror-themed TV series. Let’s all share in a moment of silence for the passing of a really good TV show. The Doran’s will live on in our memories………. 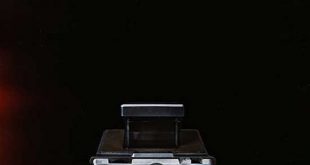