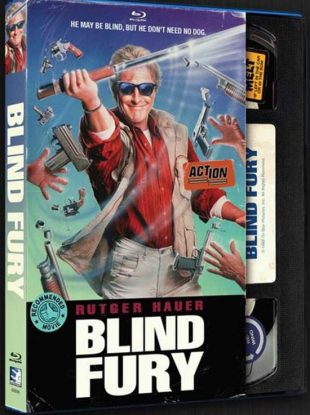 A blind Vietnam vet, trained as a swordfighter, comes to America and helps to rescue the son of a fellow soldier.

So every now and then, you might find yourself asking “yunno what I feel like watching today? A good Rutger Hauer movie!” Of course you might make your way to the 1986’s release, The Hitcher” (which wouldn’t be a bad choice at all) however if you are looking for a new alternative, I’m going to have to suggest you give 1989’s action, comedy-crime release titled “Blind Fury” a gander. Rutger has had a great history of prior film performances, though this one is just alot of fun to watch! 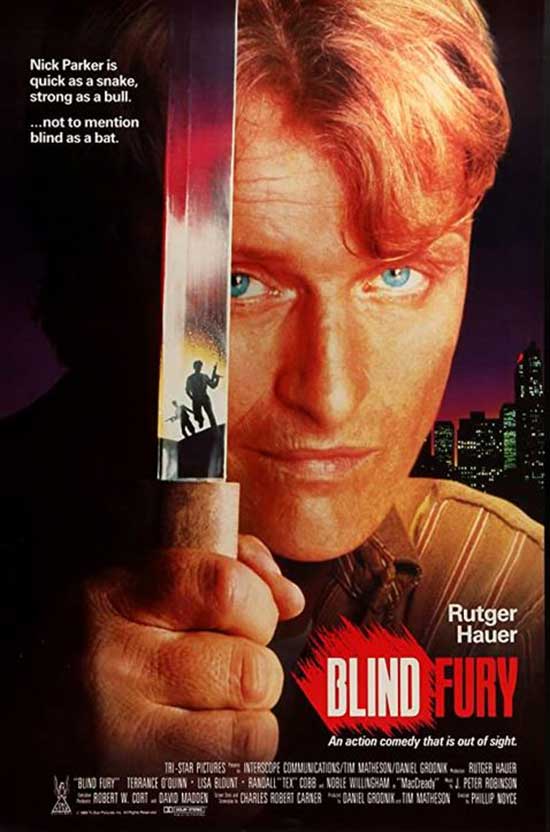 Blind Fury has got a great story, some cool actiony- martial arts types of moves going on for it, and of course the talented Rutger Hauer taking the lead as the focal blind warrior filled with good intentions.

The story begins simply with Nick Parker (Rutger Hauer) taking on a Vietnam war wound per way of a unexpected mortar explosion leaving him permanently blind. Then of course, Karate Kid style Nick is rehabilitated by a local village that brings him to health while also helping him to acquire warrior level skills despite his new situation in life. 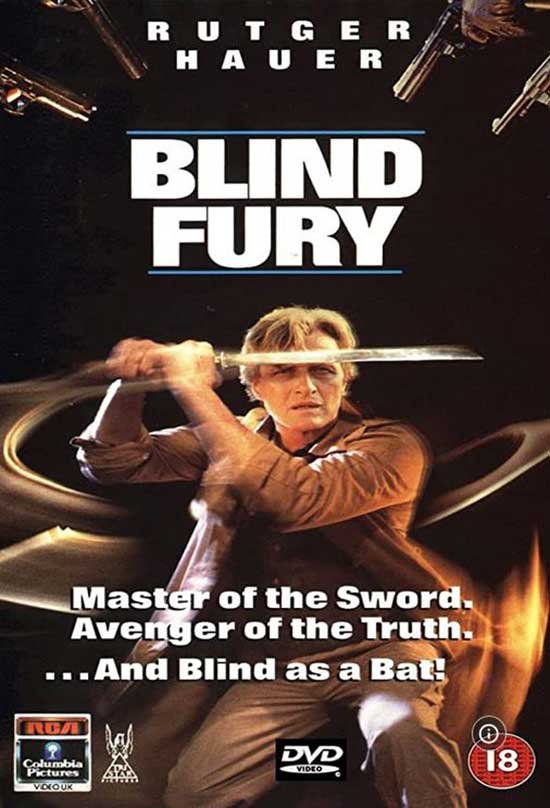 This sets the stage for the typical story of a blind man trying to make his way thru America (years later). Nick is en route to find his old war buddy Frank Devereaux (Terry O’Quinn) when he encounters a situation that has some Reno thugs holding Frank against his will to orchestrate the production of chemically produced designer drugs for the leading Reno local crime boss.

The henchmen in this case are (Randall ‘Tex’ Cobb) playing “Slag” and Charles Cooper playing the role of Cobb, a meaty duo of tough guys intent on pushing others around. Noble Willingham plays the crime boss, MacCready rounding out the top of the underground team calling the shots. 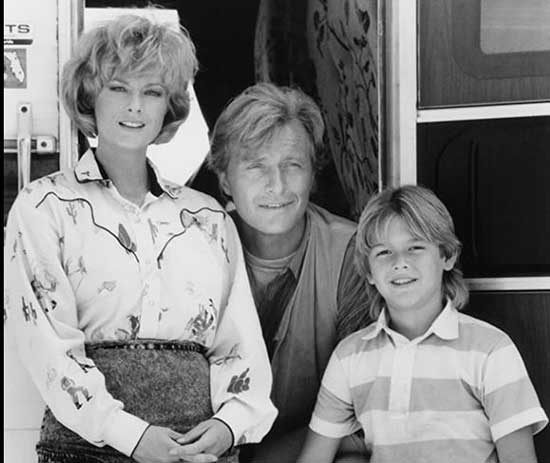 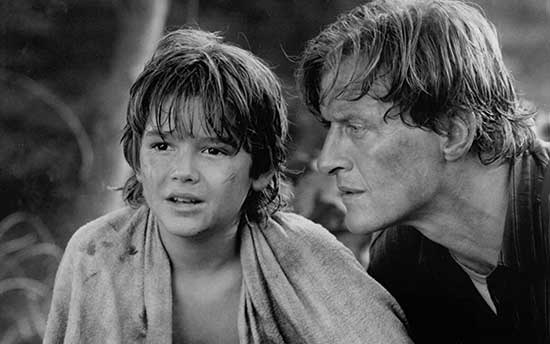 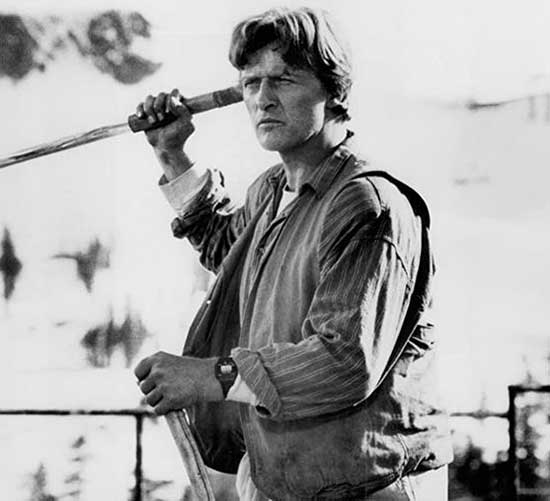 Actress Lisa Blount plays Annie Winchester, the ex-wife caught in the cross fire of her ex husband’s crooked dealings. Frank Devereaux, who has garnered himself the reputation of being a talented chemist gets pulled into MacCready’s need for producing a new street drug that will change the local drug scene.

In research,Rutger Hauer went under intense training for 7 weeks which proved to be a difficult roe combing swordplay with the presentation of being a blind man. The movie studio involved did intend to make a sequel, though due to poor box office returns never materialized. “Blind Fury” was inspired by the Zatoichi theatrical movies, more specifically, 1967’s Zatoichi Challenged”. 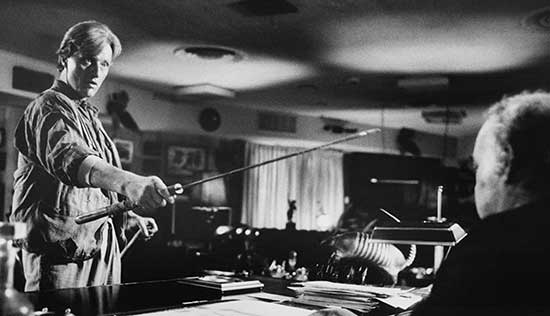 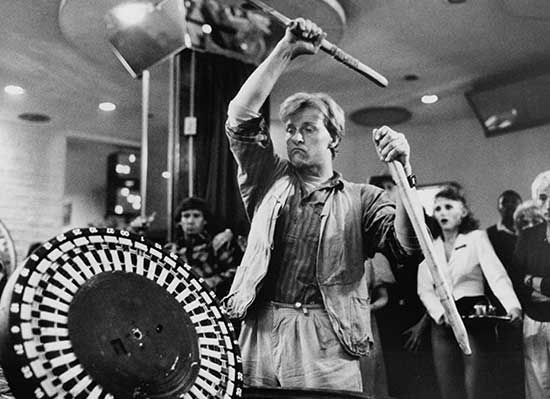 In all, the film flows pretty well. It’s got a charm that is hard to deny mixed in with a back story that ties the character intent together. The movie follows what I’m calling the “”standard 80’s plot line” which if you are wondering what that is, is the same kind of plot that several films like “Roadhouse” follow. Protagonist shows up with good intentions, discovers a seedy situation, a woman in need, and the final showdowns of protagonist, his henchmen and the head antagonist himself. 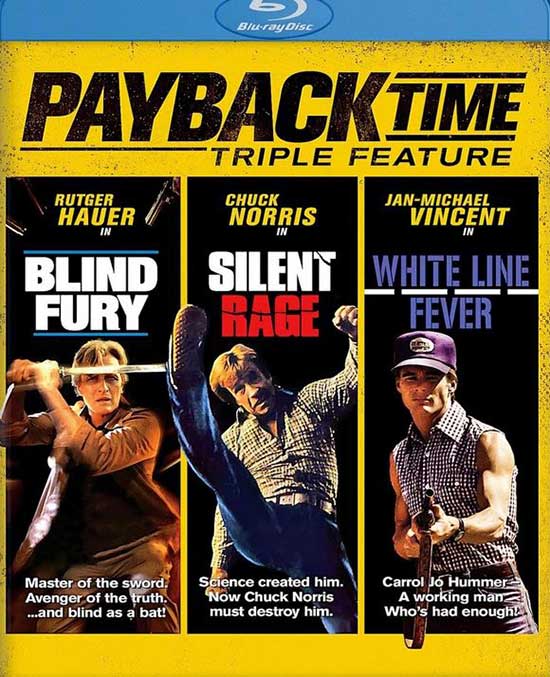 Now with that said, “Blind Fury” is a really fun film to watch. The martial arts scenes are clever filled with comical setups, much in the same way a Jackie Chan film would be. I haven’t seen this film in years and would still recommend it based on my renewed watching. So, yes if you are a Rutger Hauer fan, then make this one a must see!