Home | Why Vampires are Cooler than Zombies?

Why Vampires are Cooler than Zombies?

Way back when I first became a horror-obsessed teen, vampires and zombies fascinated me. If you dared to question my preference, I would of have rolled my eyes at you in contempt: and rambled off on how each creature seduced me. With hit shows like HBO’s True Blood, CW’s Vampire Diaries and blockbuster films like the Twilight franchise, vampires have exploded into the marketplace and are more popular than your high school prom queen. They are sexy, fearless, smart, cunning, mysterious and make you want to indulge in the inevitable and embrace the seduction of sin. Zombies, on the other hand, don’t have a vampire’s sex appeal and wit, but are just as dangerous and can move as fast as they need to depending on how hungry they are for human flesh.

With popular television shows like The Walking Dead and films like 28 Days Later (2002), Dawn of the Dead (2004), Planet Terror (2007) and World War Z (2013) these flesh-eating brain hunting creatures have made a name for itself as the new mascot for all things horror. Why you ask? Anything that was once human and turned into a flesh-eating creature as a result of a virus or any type of man-made experiment is horrifying because either you or I can become a zombie. So, you better start your zombie survival plan now because the way things are happening in the world the zombie apocalypse is right around the corner. 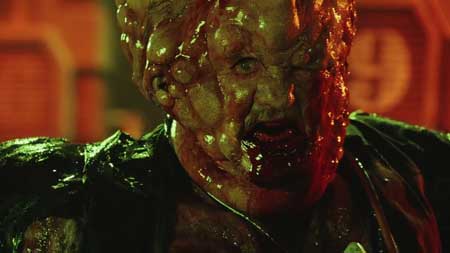 So, I must ask myself again. Are vampires cooler than zombies? And the answer is YES!

I started to give vampires the cool gene of fear back in my teenage years. I won’t bore you with the endless vampire films and shows I saw but highlight just a few. Fright Night (1987) is the first film that forced me to write a list of all the people I thought were vampires in my neighborhood and then made me start to watch episodes of Buffy the Vampire Slayer, so that I can brush up on my vampire slayer skills. However, if my sister was a vampire and had a group of her vampire friends (led by Kiefer Sutherland), try to kill me then I would not be able to do what Sam did (played by the late Cory Haim) in The Lost Boys (1987), who rounded up a bunch of his friends to kill the Head Vampire in order to save his brother, Michael. I, on the other hand, would have been scared shitless, peed in my pants, took the dog Nanook and fled to Bora Bora first thing in the morning and would not regret it!

Fight Night (1987), The Lost Boys (1987), and Buffy the Vampire Slayer brought me to second base with vampires, but it is films like Dracula (1992), Interview with the Vampire (1994), From Dusk till Dawn (1996) and 30 Days of Night (2007) that devirginized me and made me aware of how deadly and scary vampires are in satisfying their quench for human blood. 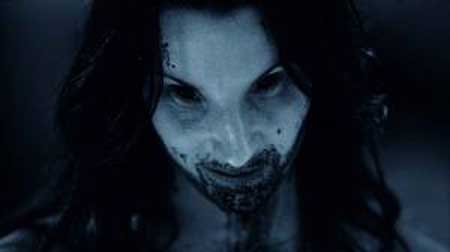 So, with all the bloodsucking and seduction, vampires seemed to be the superior and deadliest creatures. They are not only smart and cunning, but also have an innate ability to survive and scare the crap out of people. However, the vampires today should thank the true Icons of horror cinema for bringing them to the big screen. Boris Karloff, Bela Lugosi, Vincent Price to just name a few. Their sinister and elegant portrayal of the creatures of the night made them the Icons of Fright and every time I watch some of their movies on TCM (Turner Classic Movies), I always say to myself, “Fangs for the Memories”.

Why Vampires are Cooler than Zombies?