Confirming the many internet rumors that have been bouncing around the last month or so, the cast and crew of the hit FX series AMERICAN HORROR STORY last night appeared to confirmed that the new season will in fact be about witches, or at least the new title seems to confirm that.

The new season will be titled AMERICAN HORROR STORY: COVEN and while at an event called PALEYFEST the above mentioned show runners chatted it up about the new season being careful to not spill much, if any of the storyline. As previously announced Kathy Bates will be joining the cast this year and when asked about her involvement she stated “I’ve loved it from the very beginning,” and “I called up Jessica and told her to talk to Ryan and tell him I’d do anything on the show.”

The Ryan she is talking about is Ryan Murphy, the co-creator of the show. He promised the following, “I wanted to see a lot of scenes with Jessica Lange and Kathy Bates going at it, and that’s what you’re going to see.”

The show will be filming in multiple locations starting with New Orleans, another first for the series as the previous seasons all were shot pretty much entirely on sound stages. Lots of changes but it appears as is the core team has remained in place so we should still get the snappy writing and edgy story arcs. 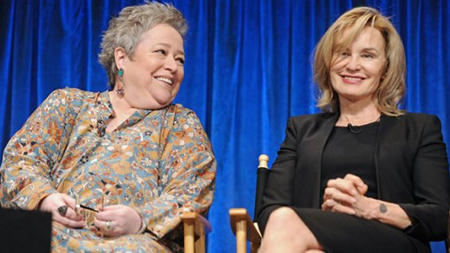 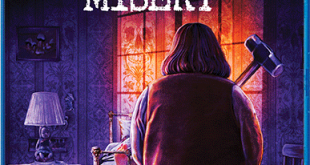