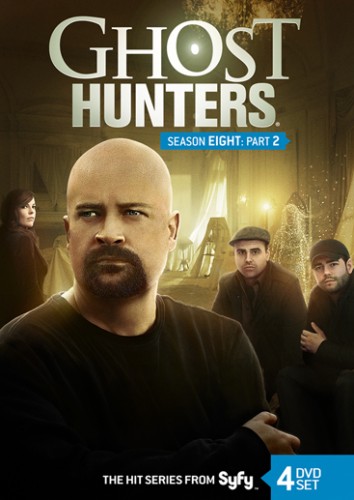 On June 11th, Image Entertainment, a subsidiary of RLJ Entertainment, will release on DVD the second part from the #1 paranormal franchise on TV with Ghost Hunters: Season 8 Part 2. SRP for the 4-DVD set is $24.98 and pre-book is May 14th.

Jason Hawes and the TAPS team are back on the paranormal hunt with 14 all-new episodes from their hit eighth season. Featured investigations include an eerie library with some tragic deaths in its history, a South Carolina jail considered one of the most haunted locations in the country and where America’s first female serial killer was executed (reportedly wearing her wedding dress), the spookiest castle ever, and one of the Ghost Hunters’ favorite haunts: The Mark Twain House, where ghostly activity has increased since their last visit.

Get ready for some bone-chilling thrills and shocking surprises!