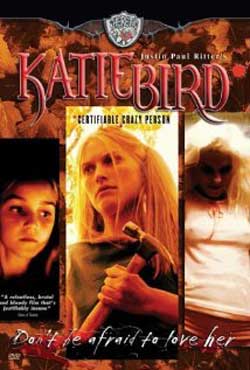 KatieBird Wilkins is a woman in her early 20s who is working with a psychologist, Dr. Mark Richardson , as she struggles with her emotional problems. As it happens, Richardson is also KatieBird’s lover, and the intimacy of their relationship allows him to learn of KatieBird’s deepest secret — she likes to kill people. How this outwardly sweet and loving woman became a multiple murderer is revealed during the course of a session with Richardson that takes a very grim turn as KatieBird looks back on her troubling relationship with her father, Merl , and his family.

You’ve probably made your way to this movie “just” for the pure aspect of having a title that stands out among the rest. I believe in some releases it has been shorted down to just “KatieBird“,but then again that doesn’t really make you want to run out and buy it either. Maybe it’s just that having an asterisk in title that is a bit odd. The filmmakers could have just went with a straight to the point “Crazy Bitch Katie Bird” and that would have worked. But enough about the title already….your here to read what we thought about it.

Moving on, “KatieBird” is not really a great film, though it does cater to the “torture-p*rn crowd” with some visceral moments. It also has some pretty realistic and painful to watch teeth puling scenes that have to win the award in that category alone.. Now to review “Katie Bird ” is to give away some spoilers, as the content is not that involved, but don’t let that stop you from at least checking it out once. 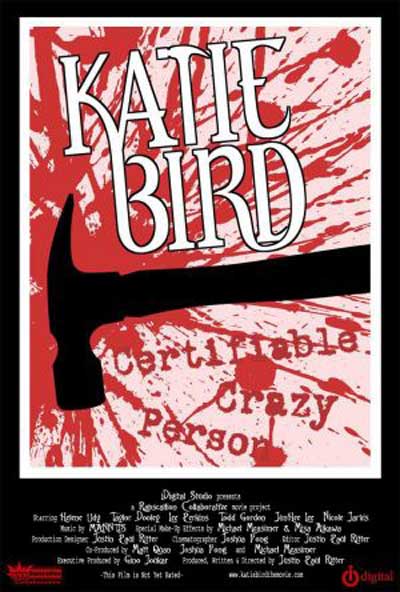 Why I didn’t like the film? My discontent is mainly due to the product’s editing approach. On one hand you could say that director Justin Paul Ritter is being new and inventive, on the other “KatieBird” is a bit too irritating to watch. The film is presented often with split screening and triple screening. Each of the screens show different perspectives which does offer more information than normal edited films. At the same time it really hurts your brain watching it and comes off in “that sense” as too stylized for consumer comfort. You would more likely see this technique reserved for marketing commercials and high tech ads rather than a feature film. In defense of the direction, I do appreciate film makers taking chances…to me it just felt like it should be reserved for a different kind of movie (science fiction perhaps??) 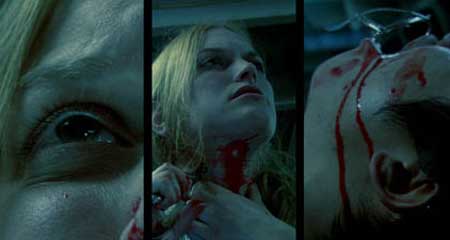 The background music and scoring is just plain odd and also a distraction. It is credited under composer Daniel Iannantuono, who….well, I suppose you’ll just have to hear it for yourself.

Helene Udy plays the role of “KatieBird” (Katie Wilkins) (her nickname given by her father), with her father “Merl ‘Daddy’ Wilkins” played by actor Lee Perkins. It goes without saying that the film is odd.. KatieBird herself is odd with the whole film almost feeling more surreal and displaced at times. 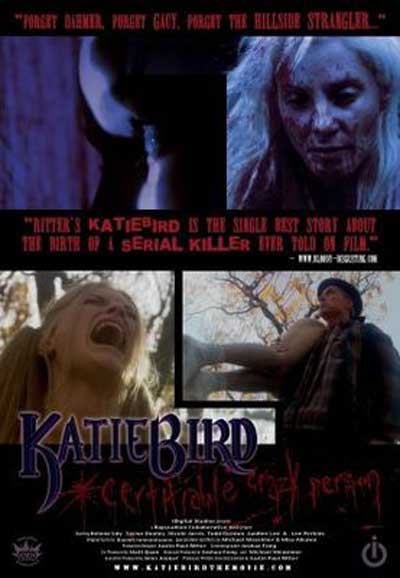 As we join KatieBird in the process of seducing her psychiatrist, Dr. Richardson (Todd Gordon), we find them quickly moving into some aggressive sex before Richardson announces that he has to go. One of the things that becomes quickly apparent in this relationship is the swapping of who is actually in control (or the loss of control, for that matter). KatieBird who is presented as perhaps someone being taken advance of, changes this tune as her story begins. Dr. Richardson finds himself a captive in chains unable to free himself from the bed that they just made love in. Unsatisfied, KatieBird forces him into many more rounds over the course of the film despite his reluctance to carry on with a patient of his. 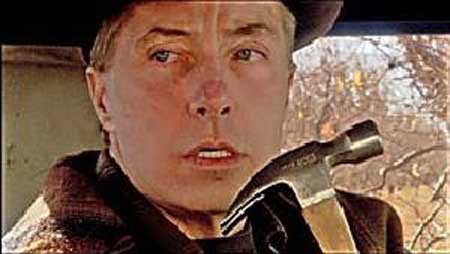 The real story here arrives in the retelling of KatieBird’s past as she forces Dr. Richardson into listening (in chains, I might add). Teen KatieBird is played by eerie Taylor M. Dooley, who captures the essence of KatieBird’s insanity a bit more than her adult version. Her father who she bears a close relationship with is found out to be a serial killer (well sort of….). That aspect is sometimes confused, despite learning that he instructs Katie into violence with her first hammer and has been torturing folks in his shed. Alot of this is not as straight forward as you would expect which is further confused by the insane editing. But none-the-less, it does get to the point as a young boy is chained and tortured whom Katie has had issues with. 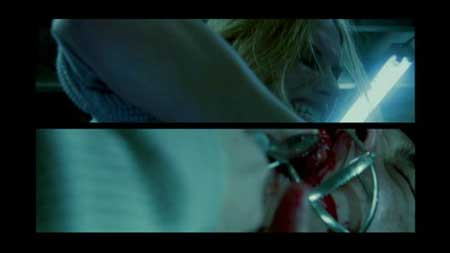 This torture influenced past is brought to the forefront as Katie slowly eases her way into infliction upon Dr. Richardson. The 3rd act is really violent and certainly makes it a strong contender for its propensity into extreme cinema. 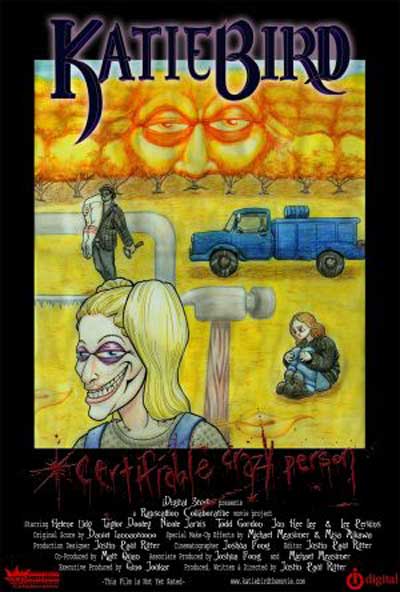 On a whole, I felt that much here was just a setting to get to the torture portions of the film. Is KatieBird a “Certifiable Crazy Person”? Yes, that notion comes full circle by the end. Besides lots of teeth extractions, we do get “more” as promised with some of the segments being as equally visceral without having to show the visual fx to prove it. “KatieBird *Certifiable Crazy Person” can be a bit lethargic, but you do get what you signed up for.