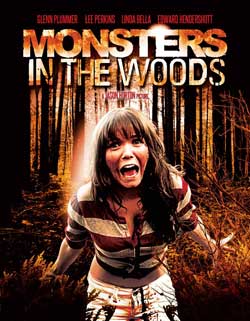 A micro-budget movie crew treks into the wilderness to shoot horror scenes for their unsellable indie-drama. They soon find themselves in the midst of their own real horror movie, as they are hunted by a large group of creatures.

Micro-budget films flow in more steadily these days. It’s no surprise as technology has allowed for the flow of productions to reach “more” in a shorter amount of time. This film takes a bit of that factor and brings it into its premise.

“Monsters In The Woods” begins as a typical micro horror release with Burt (Edward Hendershot) and Suzy (Jacqiu Holland) camping alone in the woods. The opener fashions a gritty treatment adding to the tension of the scene. 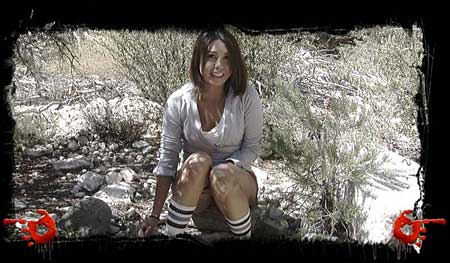 Almost immediately they are attacked by a hybrid “Fly” meets “Creature from the Black Lagoon” monster. We find that a movie is in fact underway being helmed per the direction of filmmaker Jayson (Glenn Plummer). (You might remember Plumber from a previous gig in the movie “Saw”) 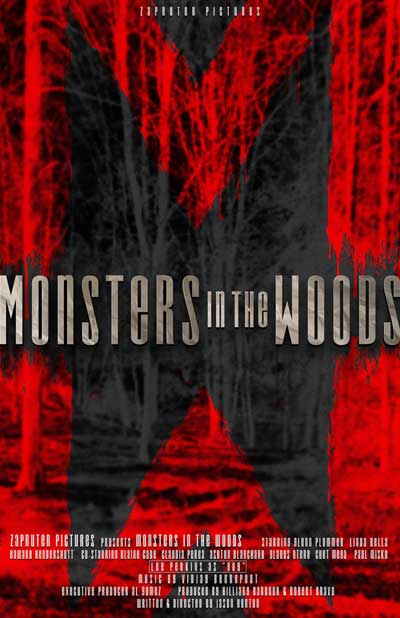 Burt focuses on the fact that his girlfriend is receiving minimal screen time introducing a unneeded conflict with Jayson’s overall production. This is soon a mute point as he, himself is quickly snatched away from the campy movie in progress and abducted by some off-screen creature. In short, fiction becomes reality for Burt.

Moving forward, Jayson unaware of the violent events unfolding, focuses on future film ideas based on advice from the studios. More sex…more violence, a typical foundation for horror…these are the elements that will further his career, so it seems. Meanwhile, his cast is slowly depleting under the horrors within the woods. 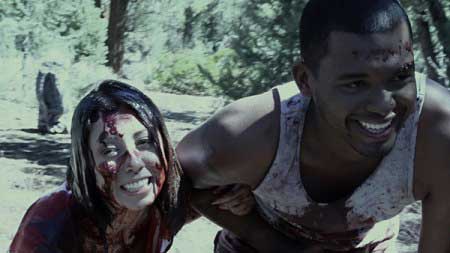 Gladys Otero plays the role of Bianca who is being interviewed by a shady cameraman during a cast preparation. Adding to the cast we’ve got Ashton Blanchard as the resident script supervisor. Linda Bella as plays Ashley, a smarter member intent on getting out of harm’s way. In all, they are in for more than they asked for when the director is found dead and some of the crew want to continue filming. 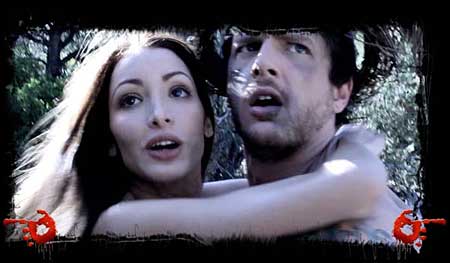 “Monsters In The Woods” fails to provide any real edge of your seat moments lumping it within the typical common denominator of new releases “without” frights. While Glenn Plummer is in fact the force behind this effort, he also seems to be the “only” dynamic acting talent. His performance constantly overshadows his co-stars making for a uneven experience to viewers. The script is kept short with cheesy monsters filling the screen. With plenty of bug monsters lurking about, the movie sways towards a B-movie style never elevating to anything more than that. It’s slow pace probably doesn’t help the production though its much of the acting cliques and b-grade action that really weighs this one down. I suppose if you know what your getting into then the experience might be more rewarding. 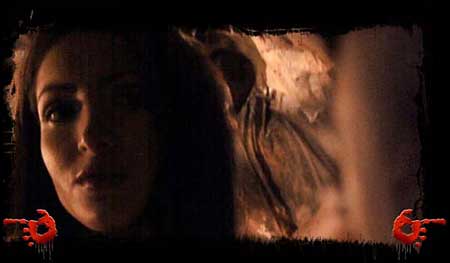 I tend to called a production doomed whenever the words” camping in the woods” is part of the plot. Bug Monsters? well I guess there is a retro fan in all of us that needs to pull in some old inspiration to even the playing field. 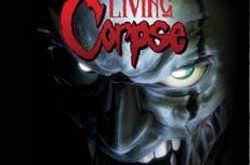 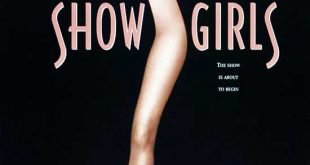 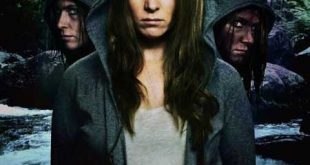 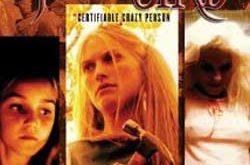 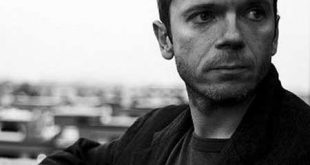