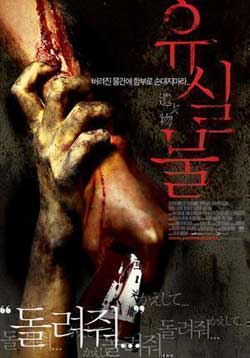 On her way to school, high school girl Nana sees a train accident. Then Nana and her friend Kanae start to come across various bizarre phenomena, including red fingerprints and a female spirit who ‘lives’ on the station platform. One day, Nana’s younger sister is lost, and the only possibility seems to be that she had been taken by these spirits. The missing tracks. The predictions that a mysterious woman makes.

If there’s one thing Japan needs, it’s another film about a killer ghost in need of closure.

Forgive my sarcasm, but the bottom of this barrel has been scraped so thoroughly and so remorselessly that they seem to have broken through into the floor a long time ago. There is almost nothing in Ghost Train that you haven’t seen before. The only new ideas are bad ones, and I’m tempted to say that their originality stems from the fact that no one else was stupid enough to think of them before, much less commit them to celluloid. In case you think I’m exaggerating , I can reveal that the spooky maguffin this time around is… a cursed train pass. ‘Really?’ you say. Really. 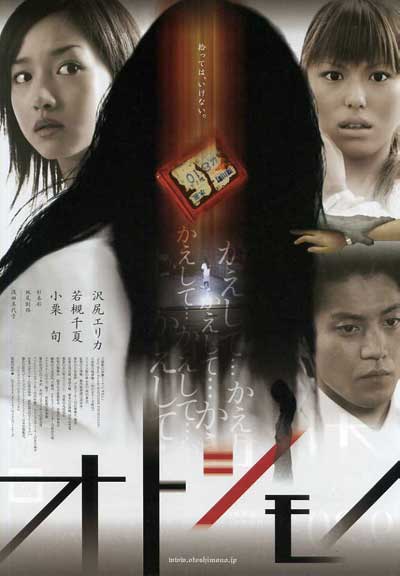 Beyond that, the plot is not really worth describing in detail. A woman with creepy hair appears and disappears, teenagers die horrible deaths one by one, and the survivors go out of their way to look for a corpse for no good reason. Again. This time it’s done with a decidedly cheesy and low rent feel, often coming off like an old episode of Are You Afraid of the Dark.

Ghost Train is almost completely lacking in suspense, due in no small part to its bizarre habit of cutting to another scene as soon as the slightest hint of dramatic tension begins to mount. Whenever something big happens, it’s fumbled in the most counter intuitive ways imaginable. Sometimes it’s hard to believe this isn’t a parody. In one scene, a young man is hit by a train in super slow motion. This would be fine, if he didn’t sit down and have a full-blown conversation with his girlfriend on the platform while he’s waiting for the train to hurry up and kill him. The editing is so crappy that it has to be seen to be believed. 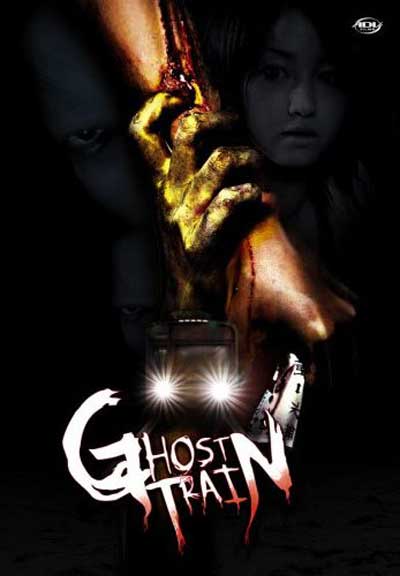 On top of this, the script and characterization are appalling, simultaneously unrealistic and banal, melodramatic and leaden. It resembles nothing so much as Tommy Wiseau’s celebrated shitfest The Room (or at least the brief clips that I’ve managed to sit still for). It’s utterly incoherent, and it is impossible to care about any of the characters. The main relationship in the film is the unlikely friendship that blossoms between our studious, virginal heroine and a deceptively sensitive gyaru girl—the first time I’ve seen this subculture represented in film. Gyaru, incidentally, are those Japanese girls you may have seen in Vice whose look resembles a kind of down-and-out version of Honey-era Mariah Carey. Their scenes together are nothing short of ludicrous. 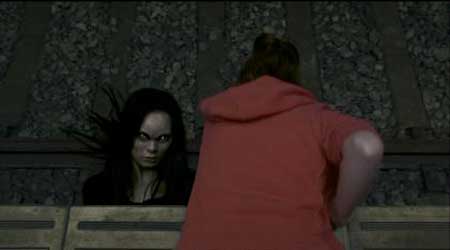 The other characters are no better. The obligatory J-Horror precocious kids are more irritating than creepy, and you find yourself hoping that they get bullied at school. Then there is the heroine’s mother, who is bedridden in hospital yet maintains an unintentionally hilarious level of positivity, and manages to be perfectly coiffured and made up whenever she is on camera. 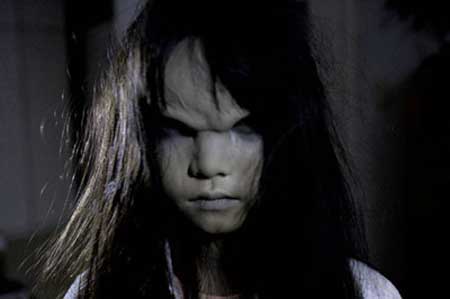 This is more than can be said for the Spooky Killer Ghost Woman (whatever her name is this time), who just looks like she stepped out of a nineties issue of Kerrang!. The ‘twist ending’, when it finally comes,  doesn’t encumber itself with the need to make sense. On the other hand, the climactic scene of a tunnel full of reanimated corpses crawling over each other like rats is pretty damn cool. Sadly, this is probably the only thing to be said in the film’s favour. 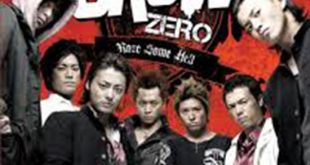 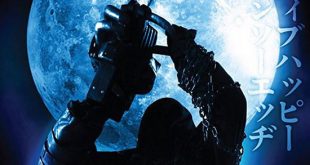