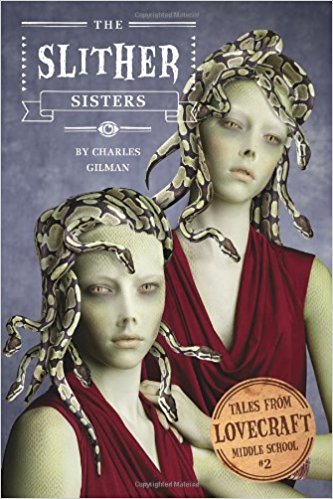 Robert Arthur is finally starting to settle in at Lovecraft Middle School. He’s managed to secure a solid friendship with the boy who once demanded a regular “dweeb tax”, found a new two headed rat for a pet and enjoys the company of the lovely, if slightly dead, school ghost. All while defeating the plans of an evil outer being posing as a science teacher (aren’t they all?). But now Sarah and Sylvia Price have reappeared noticeably altered. Worse, Sarah is running for student body president so that she can abduct the entire student body. Robert has less than a week to get the students of the school to notice him and beat the two most popular girls in school and not get eaten or possessed in the process.

Like the previous LMS book, this one is a breeze and a joy to read. It’s fun with a hint of crazy, has some inventive and interesting monsters. Gilman keeps walking that line between silly and frightening in a way that never leans too much on either side and the tension is built and released well. Also, the more I distance myself from my Lovecraftian purist predisposition, the more I have been able to enjoy myself. Yes, it is Lovecraft in little more than name and lacks the deep sense of existential dread that made his works so great, but, damn it, it’s fun.

I also very much appreciate the wry, underhanded comments on the American political system and our approach to it. We have a student body that ignores the one person whose agenda seems to be in their best interest in favor of charisma, give aways and empty promises. My favorite moment is during a debate in which the titular sister answers her questions with gracious aplomb and style while not saying anything at all. Marvelous.

On the down side, the characters are still coming across rather flat. Our heroes don’t seem to be growing or facing any real internal struggle. The villains are all slimy, goopy, scaled or otherwise easily denoted with no actual motivation. This lack of depth to the characters makes it hard for me to particularly care for them all that much. I’m mostly waiting for the next monster to appear. Also, as absolutely amazing as the cover art may be, I’d have a tough time justifying the $15 purchase price for a book I read in a single afternoon.

To sum up: Like a twinkie, this entry into the LMS mythos is quite fun, but fairly empty and quite expensive. Still, fun is a heck of a word, so do what you will with that.

Look into it more here. 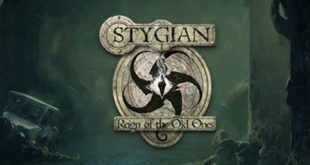 Lovecraftian Game: Stygian: Reign of the Old Ones