Lots of Tyler Mane news the last couple of days, and that’s always a good thing. Today I’ve got the details on Tyler (that’s Mr. Mane to you) taking his film COMPOUND FRACTURE on a 70 city tour, bringing his art to the people.

Mane will be at each and every screening hosting a VIP session as well as a Q&A that will include some kick ass giveaways.

With hitting 70 cities I would think it’s a given he’ll be in a town somewhere within driving distance to you. The press release reveals all:

Actor Tyler Mane will kick off an exclusive theatrical tour of his new film, Compound Fracture, in his hometown of Saskatoon on March 14th at the Broadway Theatre. This will be the first of a 60- to 70-city tour throughout the U.S. and Canada. These limited screenings will be the only time Compound Fracture will be released on the big screen.

Mane, known primarily for his acting career (his credits include Michael Meyers in Rob Zombie’s Halloween & Halloween II, Troy, The Scorpion King, Joe Dirt, X-Men), co-wrote, produced and co-stars in this new thriller. VIP ticket holders will have an exclusive pre-show meet and greet with Mane and other cast members, a photo opportunity and will be automatically entered to win one of several prizes, including but not limited to props and costumes from Compound Fracture, a walk-on role in Mane’s next film, Penance Lane, or an on-screen worn Michael Myers jumpsuit that Mane wore in the Rob Zombie cult classic film Halloween. There will also be a Q&A with Mane and other cast members immediately following each screening.

“I remember vividly taking the Clarence 4 bus into town as a kid to see movies,” states Mane. “It means so much to me to be able to have the premiere event of our tour in my home town at the Broadway Theatre. I don’t get to come home enough, and to come home with the first public screening of my production company’s first film is huge.”

Shot in Los Angeles, Compound Fracture stars three of today’s most iconic killers: Mane, Derek Mears (Jason in Friday the 13th), and Muse Watson (Ben Willis in I Know What You Did Last Summer). Leslie Easterbrook, Daniel Roebuck, Todd Farmer and Renae Geerlings (who co-wrote) are also in the cast. Directed by Anthony J. Rickert-Epstein and produced by Mane’s production company, Mane Entertainment, Compound Fracture will screen in select cities across the country through the end of July.

Synopsis
Michael Wolffsen (Mane) has just gotten custody of his only sister’s son after she was murdered by her husband before his very eyes. When he receives an urgent phone call, Michael takes his nephew and wife and makes the journey home to his only other living relative: his estranged, eccentric (and extremely paranoid) father (Watson), who is obsessed with building an unassailable compound. Once there, Michael hopes to repair his shattered family, but instead he finds that they are all trapped inside his father’s creation when the ghost of his vengeful brother-in-law (Mears) returns to wipe out the rest of the Wolffsen family.

For all the details on these screenings, head on over to the films OFFICIAL SITE. 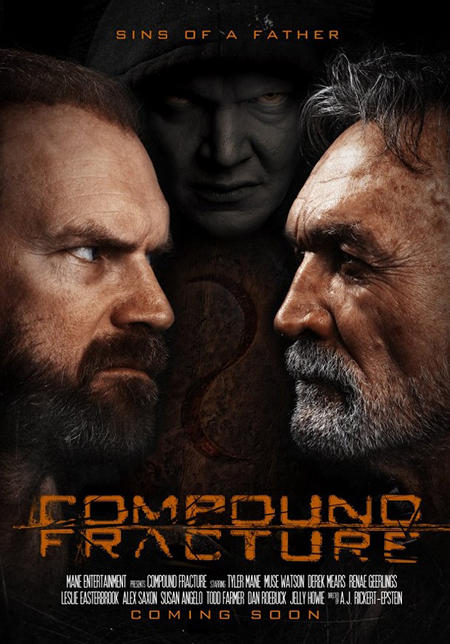 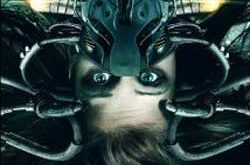