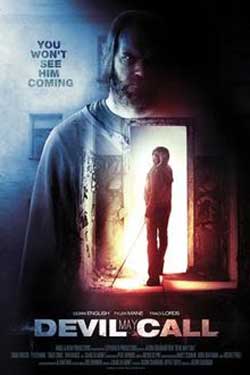 A young, blind operator for a suicide hotline descends into a night of unrelenting terror when an obsessive caller turns out to be a serial killer.

The largest obstacle for a professional wrestler to climb (or bash over the skull with a folding chair for a more appropriate metaphor) when making the transition to motion pictures is being taken seriously as an actor. Though many have achieved success along this avenue, no one would consider casting Hulk Hogan or Dwayne Johnson as the melancholy Dane in another “Hamlet” adaptation. Bill Goldberg as King Lear, now that’s a different story. 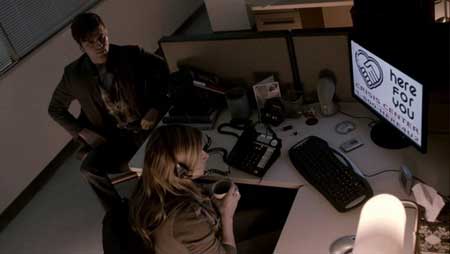 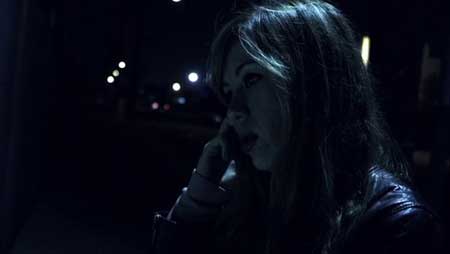 Kidding aside, given that wrestlers are merely muscular performers portraying roles in the ring, the progression to screen isn’t a far stretch. Honing his chops with silent brutes such as Sabretooth in “X-Men” and Michael Myers in Rob Zombie’s “Halloween” remakes, Tyler Mane has found a happy home within the horror realm. He and wife Renae Geerlings established their own production company, Mane Entertainment, in 2010 and their first endeavor was the supernatural thriller “Compound Fracture” in 2013. Though a rather lukewarm outing, it granted Mane the opportunity to prove himself as more than just a stringy-haired behemoth.

Such a pity his role in “Devil May Call” is so severely unwritten that it provides the weakest link in a picture already burdened with issues. As simple as a nursery rhyme in plot and structure, our latest makes a handful of wise choices at the onset that eventually lead to its downfall.  Essentially a slasher with focus on character and atmosphere over the more visceral exhibitions we’ve come to expect from contemporary examples of the subgenre, “Devil” opens strong before surrendering to the very conventions it attempts to skirt along the way. 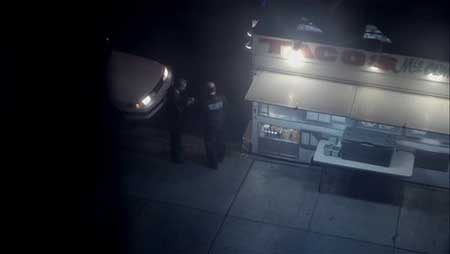 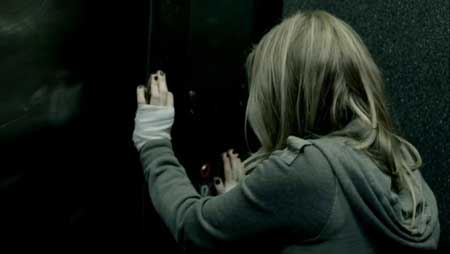 In a performance that has hopefully gained her recognition and a steady stream of gigs, Corri English (FEARnet’s series “Holliston”) portrays Sam, recently blinded from an undisclosed accident and working the graveyard shift as a counselor at a crisis call center. It’s her last night on the job, and the operation is relocating from the ramshackle office building to a new complex the following day. Anticipating very little phone traffic throughout the night, she and colleague Val are tasked with training her replacement Jess. Though the evolution from wrestling to Hollywood is tough, it’s almost as daunting for a soap opera star to make that leap, as Van Hansis of “As the World Turns” does in the role of inquisitive rookie. An even rarer accomplishment is doing the same from the inescapable dominion of adult films, but Traci Lords has managed this feat with aplomb, shedding the air of self-parody that others like Ron Jeremy embrace. Now pushing fifty, she has developed into an accomplished supporting player, and her flirty Val is no exception. 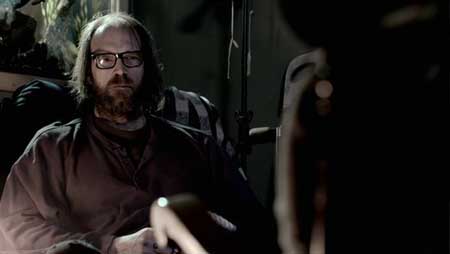 Sam’s most frequent caller is John (Mane), a reclusive serial killer whose only real connection to humanity is through his conversations with her. He refuses to speak to anyone else, much to the relief of the less steely staffers who are frightened by his incensed diatribes against the “insects” that he feels it’s his mission to squash. John utilizes that particular pet name for others so many times throughout the run, merely typing the word is setting off minor PTSD symptoms in yours truly.

Once John learns of Sam’s impending departure, he sees it as betrayal and immediately drives to the center to seek revenge on the “liar” (his second-favorite epithet). He strangles secretary Jules (Tracy Perez) as she is leaving and gains access into the building, cutting the power when he is inside. I’m always impressed by how easily cinematic psychos can seek out and find breaker boxes in any structure, regardless of size or layout. The loss of electricity poses little concern to Sam and Val, who’ve grown accustomed to frequent outages.

Preceding this juncture, “Devil” builds tension and impending terror at a brisk clip as it segues into a “Wait Until Dark” style game of cat-and-mouse. Unfortunately, instead of ramping up the pace as one might presume, it relies on tiresome wheel-spinning and a complete lack of anything resembling common sense on the parts of its protagonists. As John reaches the main office, he abandons his search in favor of further ranting and tossing shit around like an angry toddler. This affords Val the opportunity to alert authorities with the freaking cell phone in her pocket, but she completely forgets its existence until John is already in the room.  On her own, Sam is forced to crawl through broken glass (though she’d previously stated that she can easily maneuver about without her cane) and nearly become the next victim until Jess knocks John unconscious. Problem solved, right? Get the hell out of there and roll credits, right? Oh no, friends. Jess carefully bandages Sam’s bleeding hands, giving John plenty of time to come to, fix himself a light snack, perhaps even do a Sudoku puzzle before continuing his assault. If this were another body count flick or DIY hokum, these lapses in logic would still annoy, but likely be followed by gratuitous nudity and/or gore as a reward for suffering through stupidity. 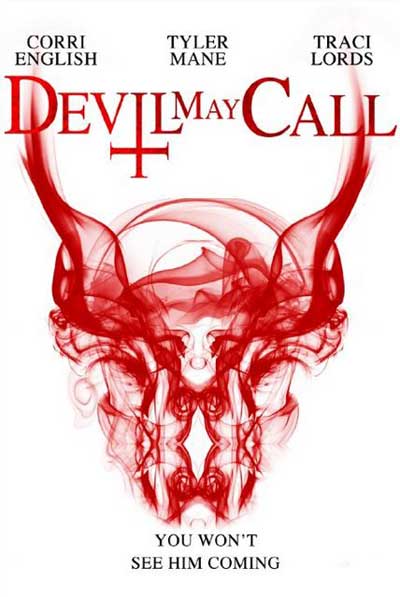 Writer/director Jason Cuadrado (2008’s “Tales of the Dead”) proves himself a craftsman behind the camera, but he and co-writer Wyatt Doyle apparently struggled to pad out the narrative in order to achieve feature-length status. The minimal exposition pinned to John and Sam is refreshing at first, but would have been preferred over the obvious stalling for time that takes place during the climax. The final confrontation in John’s home compensates for this transgression as much as it can manage, and is indeed a corker of a scene. Still, it only hints at what could have been if they hadn’t scripted themselves into a corner once the leads were assembled.

It’s always admirable when a horror film ditches a boobs-and-blood approach and embodies the principal of “less is more” in execution, which is why it pains me to make this statement concerning the measured refinement of “Devil May Call”:

Could’ve used more boobs and blood. I despise myself for stating that, but it’s true.