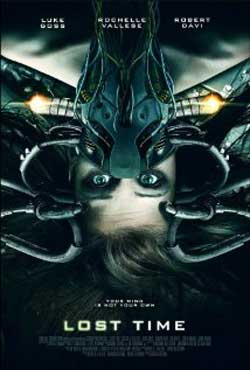 After leaving a doctor visit with the worst news, Valerie Dreyfuss and her sister Melissa come to a stop on a lonely stretch of road. Their car is engulfed by a blinding light….12 hours later Valerie wakes to the horror that her sister is gone, nowhere to be found.

Barely surviving the chemotherapy for breast cancer, Valerie (Rochelle Vallese) is told by the doctors that her time is limited; the cancer has spread to the rest of her organs and further treatment is useless. Her supportive sister, Melissa (Jenni Blong), refuses to give up on her chances for survival, and wants her to pursue other possible therapies for her terminal illness. When the two are returning from a hospital visit, their car stops dead and they are flooded with bright light. When Valerie regains consciousness, she finds herself alone in the car – Melissa has vanished.

Several months later, life has changed dramatically. The seemingly deadly cancer has miraculously disappeared from her body, but Valerie is unable to celebrate with her sister still missing. Aided by her lover and detective, Carter (Luke Goss), she needs answers to Melissa’s disappearance before she can move on with her life. She finds herself drawn to cult writer and therapist, Dr. Xavier Reed (Robert Davi), who suggests a stay at his clinic might provide her with the answers she seeks. Is there something more sinister behind the doctor’s motivations? Will Valerie escape from the clinic with her life?

Alien abduction seems like the perfect starting material for a great horror/Sci-Fi crossover, but we seldom seem to get genre entries dealing with the subject worthy of our time. One of the few great films that I usually go to is ‘Fire in the Sky’, which is so damned effective because we just never really get the answers we want; you know, just like in real life. ‘Lost Time’ starts out this way, but by attempting to give an explanation for why aliens are interfering with us puny humans, the film completely derails itself in the second half, leading to a truly terrible climax.

Saying that, the film isn’t that good to begin with anyway. The first half-hour consists mainly of Valerie being moody and trying to find her sister, and it’s not ‘til the 35 minute mark that the 2nd act actually starts, and the film finally gains a little bit of momentum. It’s a tedious way to open a film, with little to engage the audience at all, just shots of Valerie walking around or unable to have sex with her lover. Hardly compelling viewing.

When the action shifts to the clinic, things do step up a gear (even if we get seemingly endless pointless shots of the clinic corridors), but the tone is wildly inconsistent and the plot so silly that it’s hard to stay with it, and by the time the nonsensical last 20 minutes occurs, most viewers will probably have switched off. I won’t post any spoilers here, but the scenes involving Lin Shaye and some of the other ‘patients’ are so poorly conceived and written, that it makes any attempt for the film to be taken seriously null and void.

The main problem here really is the script, as it just feels stretched out to 90 minutes, when there’s barely enough material here for 60 minutes. The performances aren’t anything stellar, though who knows what the cast could have done with stronger characters and dialogue. Most lines probably read better on paper than they do when read aloud here, and it makes scenes such as the opening moments between the sisters cringe-worthy when they should have been the emotional axis for the film. Goss and Vallese both look the part, but are given little to do. Same goes for Lin Shaye, who seems to have only been available for a few hours of filming, but she really is wasted here.

The film itself actually looks decent, and the few special effects (apart from those involving Lin Shaye) are fine, working well within the context. Director Christian Sesma clearly knows where to place a camera and construct scenes, but it’s a shame that it’s wasted on such a poor script. Lead actress Vallese shares the blame here too, though, as she was also involved in the writing. 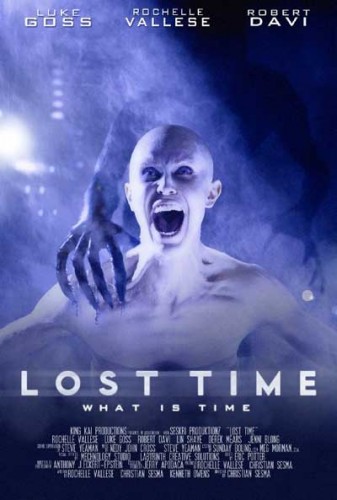 There’s little else to say on ‘Lost Time’; it does little but irritate the audience and make them wonder how the script ever found funding in the first place. Unless you are a diehard fan of alien abduction films, it’s probably best to steer clear of this.