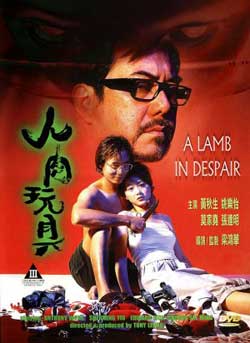 Chinese-American Wu and his friend Paul are accused of killing 25 women in the United States.

Our story begins when Ted Wu is picked up from the airport for questioning upon returning to Hong Kong after seven years in America. The detective fills us in on the back-story via dialogue, mentioning that Ted had been suspected but not charged in twenty-five murders in the United States and will now be carefully monitored. He shows Ted a video of a man and woman tied up and begging for their lives, “evidence” of his American crimes. Directed by renowned stunt coordinator/action choreographer Siu-Hung (Tony) Leung (Ip Man), A Lamb in Despair is a psychological thriller that is surprisingly light on action but heavy on repetition and over-explanation.

We watch as Ted attempts to start a new life back home in Hong Kong. He gets a job washing cars. He visits his father and gives him a military medal he received in America. He meets a nice young lady, Maggie, and talks to her with sadness and regret. At the same time, a reporter named Charles (action film veteran Anthony Wong from both Hard Boiled by John Woo and Infernal Affairs, the inspiration for The Departed) knows of Wu’s criminal past and wants to expose him, if not through the law, then through public opinion. The detectives are watching Ted’s every move. His own father seems untrusting of him, and for a moment we feel for Ted, wondering how he could be the madman we have been led to believe he is.

Then he kidnaps a girl off the streets, dragging her around the house by the hair, making her clean his place, occasionally employing her ass as a set of bongo drums, all the while keeping her naked and chained. Okay, looks like he is, indeed, the madman we were told he was.

This pattern continues in a somewhat mundane fashion, yet is also the only source of terror throughout the movie (that is what you’re looking for, isn’t it?) He catches a lost family looking in his window, so he captures them and threatens to kill their young son. When the wife faints, he shows his generous side by waking her back up, well, by urinating on her, but it’s the thought that counts. He kills the husband in front of the child and wife, then has his previously kidnapped, now dazed, victim kill the boy by wrapping him in plastic. Finally, he completes the rule of threes by having his slave stab the wife to death with a very large knife. This all sounds very gruesome, but it’s amazingly tame. The boy’s death is shown in a quick flash on the screen, the husband’s is bloodless, and the wife’s is mostly off-screen (although done by the nude kidnap victim-turned-servant). 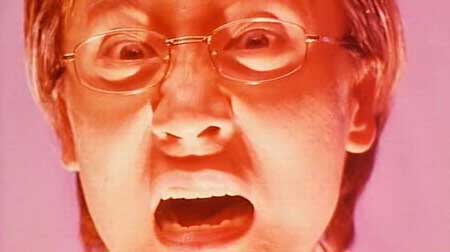 As a crime drama, this movie works fairly well. The acting is well done, and the characters as written are strong enough. We have the reporter with his own personal reasons to expose the criminal. The detective who is itching to put the sadistic killer behind bars. The childhood friend, Mendy, now a talk radio host, who has mixed feelings about Ted’s return to Hong Kong. The new friend Maggie, a social worker in training who believes in the inherent good of humanity. And, of course, we have a schizophrenic on the prowl but without enough evidence to put him behind bars. 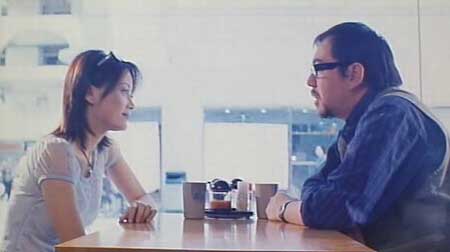 Herein also lays a problem. Ted tells us, through a conversation with Maggie that he is a schizophrenic. Throughout the movie, we are shown flashbacks of Ted as a small child and the horrors his mother inflicted on him. She put cigarettes out on his palms, threw a live firecracker down his shirt, locked him in the bathroom for three days with no food and only toilet water to drink. We already see enough reason to explain his current state of mind. Then he tells us in very heavy-handed, clinical speak fashion. Then other characters talk about it. Enough already, we get it! It is repeated to the point of pulling us out of the movie. This, combined with the weak subtitles (quicker than normal with missing words and poor translations), combine to make this movie feel even longer than it really is. 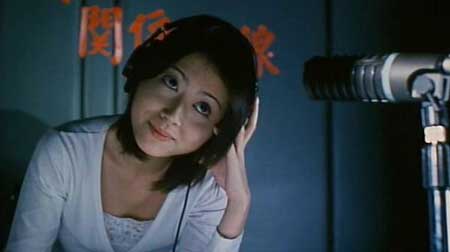 On a side note, this movie has a strange fascination with the topic of pirated movies. When Ted is initially picked up by the detectives, one of them references pirated television shows, asking Ted if he watches them. Just before the climax of the movie (which actually is fairly original and an interesting approach to attempting to catch a murderer that I will not spoil here), Mendy talks with Charles on a rooftop. She makes an analogy of a business that pirates a product which can then bring happiness to many, but then references how original laws are important and she, of course, would never pirate. I wish the closing credits were subtitled, because I almost expect to see Mr. Ulrich’s name with a production credit (I’d ask for a rimshot, but those may be trademarked). 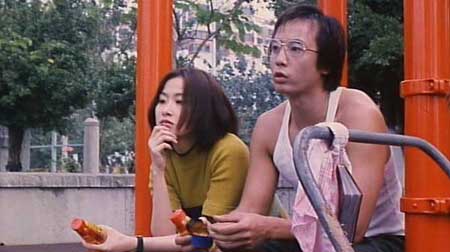 As a psychological thriller, this movie isn’t bad at all. The story is interesting enough, good acting, good technical aspects of film-making all around. It has an overall good look to it. But as a horror film it fails to provide much punch. I question its inclusion as a Category III film of Hong Kong. It has elements of terror implied, but put a shirt on the kidnapping victim and A Lamb in Despair comes across fairly tame.