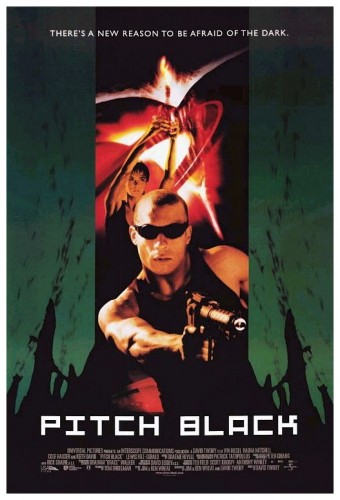 “The space transport vessel Hunter-Gratzner carrying forty people on-board crashes on a desert planet when the ship is struck in a meteor storm. There are only twelve survivors, among them are pilot Carolyn Fry (who has assumed command after the ship’s captain is killed), bounty hunter William J. Johns, religious man Abu Al-Walid, Antiques dealer Paris P. Ogilvie, runaway teenager Jack, settlers John ‘Zeke’ Ezekiel and his lover Sharon ‘Shazza’ Montgomery and Richard B. Riddick, a dangerous escaped convict. Marooned, the ten survivors finds the barren and hot desert-scape has sunlight from three suns. Not only must they find food and water and worry about Riddick, the survivors find themselves being hunted by the planet’s flesh-eating alien inhabitants when the planet is engulfed in darkness, which happens every twenty-two years, as they emerge from underground to hunt and eat all signs of life. Fry and the survivors find Riddick is their best chance of survival, as Riddick has surgically-enhanced eyes that allow him to see in the dark as they set out to find a way of escaping from the planet and getting to a escape shuttle, before they all get eaten by the creatures on the surface.” (courtesy IMDB)

Bearing the hallmarks of the low-budget science fiction thriller (deserted locations, hidden alien enemies, squabbling characters), Pitch Black (2000) may have used up its fair share of Alien (1979) franchise derivatives, but added a few original twists of its own to the format. In the introduction to his screenplay director David Twohy wrote: “The creatures in Pitch Black are seldom seen at length. Rather, they are glimpsed, they are heard, they are felt. They are really the embodiment of your nocturnal fears. A howling coyote that jars you awake, the painting on the wall that comes to life when stared at too long, the sway of your bed just before the earthquake hits. Chimera of the night.” 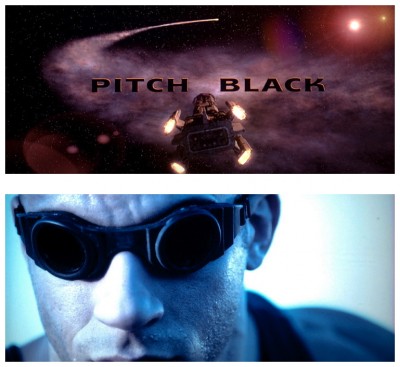 This ‘less-is-more’ philosophy drives every moment of the film, a science fiction horror story about a deep-space cargo vessel that crashes on a seemingly lifeless, perpetually sun-scorched planet. The disparate crew of space-travelling folk soon discover they’re not alone. Not only does the planet have three suns, they’ve managed to time their shipwreck with that of a solar eclipse occurring every twenty-two years. That’s all fine and dandy in the land of Robinson Crusoe but, on this planet, a legion of bloodthirsty nocturnal nasties that put the ‘in’ in the word ‘inhospitable’ capitalise on this rare opportunity to wreak hellacious havoc. Lucky for the crew their scary criminal passenger Riddick (Vin Diesel) has spent enough time in enough prisons to have purchased enhanced night-vision (colloquially known as a ‘shine job’), enabling this band of outsiders to negotiate the daunting task ahead: Make it back to the ship in one piece. With Riddick leading the way, tension escalates when panic inevitably sets in. 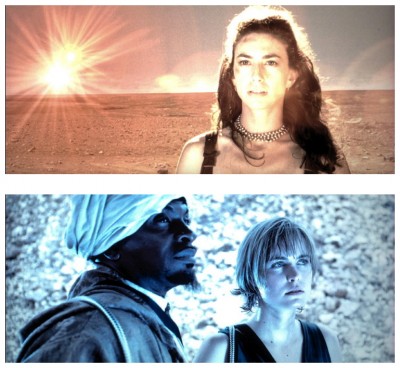 The original screenplay by Jim Wheat and Ken Wheat had been sitting on the shelf at Polygram Films for many years before being substantially rewritten by Twohy, who was brought onto the project by producer Tom Engelman on the strength of his work on Terminal Velocity (1994) and The Arrival (1996). Engelman correctly believed Twohy would be a good match for such material, especially given the themes the filmmakers wanted to evoke. It’s not just a fear of the dark, but the fear of being subjected to the worst circumstances with the worst kind of people. Twohy is a writer whose work was based on strong structure and strong characters, and part of what he wanted to do was create a movie where the frights were as much what you can’t see as what you do see. 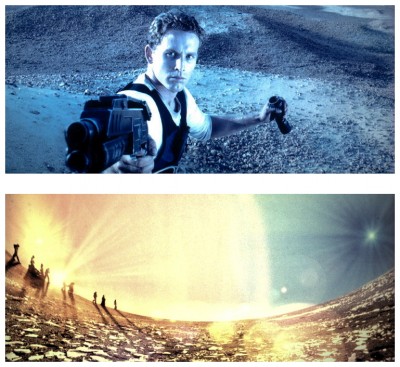 While the majority of special effects work was realised in England, the film itself was shot in Australia at Warner Brothers Roadshow studios and on location at Coober Peedy in the country’s remote southern region. Shooting in Australia gained the production access to a less costly yet thoroughly professional film crew, as well as to the usual dramatic vistas to be found in the Australian desert, a region featuring neither vegetation nor signs of human habitation that was ideal for representing the forbidding unnamed planet. In fact, that very same year Red Planet (2000) starring Val Kilmer was also being filmed in exactly the same region. Other films shot in Coober Peedy include Mad Max Beyond Thunderdome (1985), Salute Of The Jugger (1989), The Adventures Of Priscilla Queen Of The Desert (1994) and the downright embarrassing Kangaroo Jack (2003). 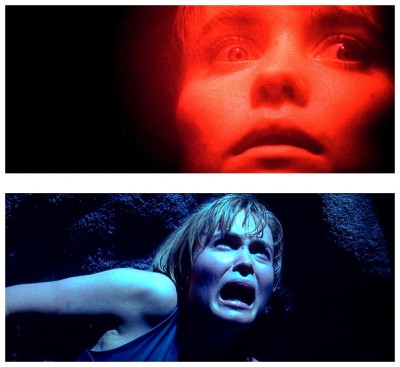 The film is also ably assisted by a terrific cast of character actors both Australian and American. In the American corner we have Vin Diesel, who came to prominence in the late nineties and became best known for appearing in several successful films such as Saving Private Ryan (1999), The Fast And The Furious (2001) and XXX (2002), and reprised his Pitch Black role in The Chronicles Of Riddick (2004). Cole Hauser‘s first major role was in School Ties (1992) alongside Brendan Fraser, Matt Damon, Chris O’Donnell and Ben Affleck. He also played the leader of the neo-Nazi skinheads in Higher Learning (1995) and later re-teamed with Affleck and Damon for Good Will Hunting (1997). Keith David is perhaps best known for his roles in such films as The Thing (1982), Platoon (1986), They Live (1988), Men At Work (1990), The Puppet Masters (1994), Armageddon (1998), There’s Something About Mary (1998), Requiem For A Dream (2000), Barbershop (2002) and Crash (2004), but I’ll always remember him as the voice of Goliath in the nineties animated television series Gargoyles. 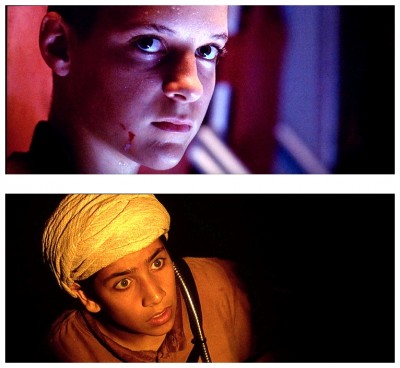 In the Aussie’s corner we have Radha Mitchell, who can be found in Phone Booth (2002), Finding Neverland (2004), Man On Fire (2004), Silent Hill (2006) and the remake of The Crazies (2010). Genre-darling Claudia Black is known for her roles in the television series Farscape and Stargate SG-1, as well as starring in video games such as Uncharted, Gears Of War III and Dragon Age Origins. Lewis Fitz-Gerald is a director and actor known for his roles in such films as Breaker Morant (1980), We Of The Never-Never (1982), The Shiralee (1987), A Cry In The Dark (1988) and Spider And Rose (1994). Rhiana Griffith began modeling as a child and appeared in television commercials, then went from her first television role in Children’s Hospital to her first film role in 15 Amore (1998). Firass Dirani is known for his television roles in Power Rangers Mystic Force and Underbelly The Golden Mile, and movies like The Combination (2009) and Killer Elite (2011) appearing alongside Jason Statham, Clive Owen and Robert De Niro. 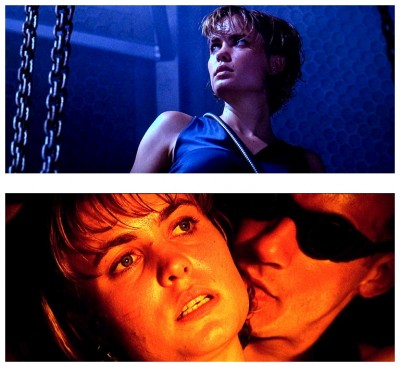 With a strangely overexposed visual sense (representing a planet with three suns) and some crazy flash editing, Pitch Black incorporates a frantic economy of style with precise and sometimes hilarious shorthand execution. Although this gem barely registered a bleep on the cinema radar, for conviction, intensity, originality and plain old viewer satisfaction, very few movies this century have made so many heavy contrivances fall into place so neatly. And it’s with that thought in mind I ask you to please join me next week when I have the opportunity to sterilise you with fear during another terror-filled excursion to the dark side of Hollywoodland for…Horror News! Toodles! 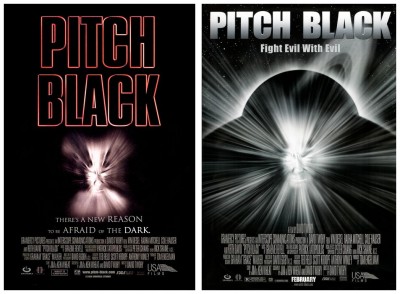