A family returns from a Grand Canyon vacation, haunted by an ancient supernatural entity they unknowingly awakened and engages them in a fight for their survival.

An open letter to Jason Blum of Blumhouse Films:

I know you don’t know who I am, but I write the occasional review for this fine website and over the years I’ve written a few reviews for some films you’ve produced. This column here is supposed to be a review of your latest release (under your Blumhouse Tilt banner), The Darkness, but I feel like I have an opportunity to reach out to you here and I want to take full advantage of it. You see, I’ve come to the realization that you’re just not a hack that releases low budget crap, and I’d like to formally apologize for thinking that of you. I now believe that you’re a freaking genius (that releases low budget crap). But dammit, you get people to go see this crap! You get them to pay good money to see this bilge! You even get some of them to admit they like this stuff! So as someone who’s now admitting he was completely wrong about you, I want you to take me under your wing and teach me the ways of a successful producer in Hollywood. That’s right! I want to learn about acquiring the skills necessary to develop, fund & release the sewer swill that you call “Movies”. I want to open up my own personal production company and reap the benefits that come from releasing sh*tty films, just like you do. 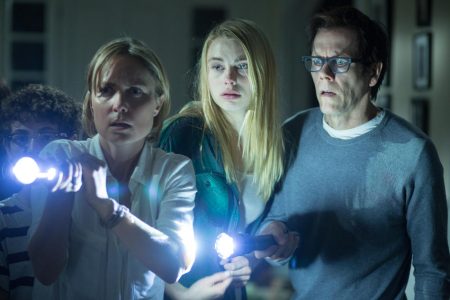 Let’s take The Darkness as an example. The trailers for it seemed decent enough as far as killer hand prints go, and I wasn’t sure what to expect. The cast is first rate too! You got Kevin Bacon, Radha Mitchell, Ming Na-Wen AND the multi talented Paul Reiser. I’m positive they signed on because the script was a crackling good one, they certainly didn’t sign on for the money, did they? And you got Greg McLean to write AND direct as well? He’s a really good director in my opinion, with some fine films on his resume. So while I wasn’t sure what The Darkness was gonna be like, I was sure that I was gonna be entertained.

I dunno Mr. Blum, I really don’t. I’m not sure if perhaps you have incriminating photos of either Bacon or Mitchell in compromising situations, maybe you stole Ming’s diary and were shocked at what she’s done in her past. Perhaps some video of McLean nude with one of those crocodiles from Rogue, his Man vs Beast flick (also starring Radha Mitchell). I don’t know what kind of threats you had to make to their families to get them to sign on for this film, but whatever you did worked because here they are, acting in one of the most inconsequential horror films ever produced. I mean literally nothing happens in this flick until the last five minutes or so, and when something finally does happen it’s just Poltergeist lite. One of my questions is how exactly did you get them to get them to agree to appear in this? I really need to know so I can also intimidate established movie stars to appear in my films for little to no money at all. But in a way they enact some form of revenge on you by acting about as cold and lifelessly as humanly possible and I’d like to try and avoid that in my films. Maybe we can get together and figure out a way to put a halt to these wiseguys from trying to mess up our movies.

I especially love the way the film promises something substantial, but is essentially a Lifetime Movie Of The Week. It has all of the hallmarks of one of those wacky Lifetime flicks: The father is a former philanderer, Mom is a recovering alcoholic, The daughter has Bulimia and her little brother is autistic – and then they get tormented (not really. More like mildly annoyed) by five dudes dressed up as if they’re coming home from the Burning Man festival after ingesting way too much Peyote. Only a freaking genius can create a horror film as inconsequential as The Darkness is and still make money, and you sir are a freaking genius. You pulled off the same amazing feats last year with not one, but two movies as well. The Gallows was a film that made me wanna hang myself in the theater, but it made a fortune! Paranormal Activity: The Ghost Dimension was another amazing exercise in staring at a living room scene, waiting for something to move – and it was in 3D to boot! Of course, it too made a nifty profit despite its utter stupidity, but does being stupid matter? Not when you made money with it baby!

I’m hoping you read this and decide to take me on as your apprentice or something. Teach me the ways of low budget film making, teach me how to blackmail actors/actresses/directors, teach me how to convince theater chains to feature my (sure to be shitty) films and make tons of money while I’m at it. I don’t think I’ll ever reach the level of success you have (I mean I think I’d like to make a good movie every once in awhile), but maybe you can teach me to ignore my instincts as you’ve obviously taught yourself and just make bad movie after bad movie repeatedly until I have enough money to retire and move to Switzerland. You sir, have my utmost respect and I hereby swear to continue to line your pockets with my hard earned cash by going to see your lousy movies. And yes, I’ll convince my friends & family to do the same. They’ll hate me forever, but who needs friends/family when you’re a multi millionaire, right?

Oh yeah, I almost forgot to wrap up my thoughts on The Darkness. It’s terrible, dull, stillborn, unctuous, lame, tortuous, boring and slow, but it looked pretty good (you might be paying your cinematographers too much by the way). I wanted to rip my eyes out of my head and stomp on them with my favorite pair of steel toe boots, but then I’d be denying myself the pleasure (?) of handing over another $12 to see whatever mess you’re gonna foist upon an unsuspecting public the next time around. 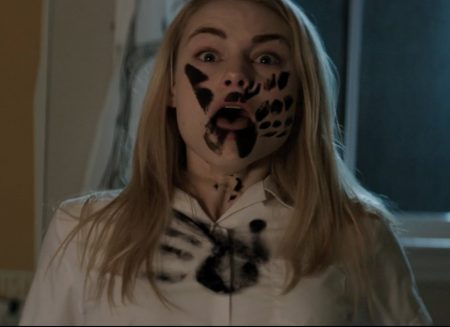 So please kind sir, consider my request to become your humble lackey and learn from you. I’m so tired of the humdrum life I’m currently living, I want to be a soulless movie producer that doesn’t care what kind of films he releases as long as they’re making money just like you are! I will learn from you, and I will make you so very proud of me (as well as cut you in for a percentage of the profit. I know that’s gonna be part of the deal as well). You can contact me right here at Horrornews.net. I’ll be waiting!

The Darkness – .5 out of five shrouds.