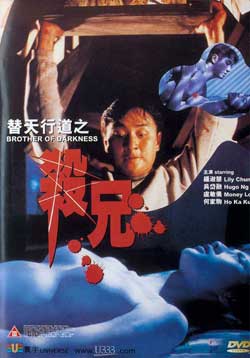 Brother of Darkness begins with a young man, Toh (Hugo Ng Doi-Yung) on trial for the brutal murder of his brother, Wah (William Ho Ka-Kui). As the court case unfolds and witnesses take the stand, a horrific tale of sibling abuse, domestic violence and all-round thugary ensues. We discover that Toh was subject to frequent attacks by Wah whenever he returned to the family home after being released from prison; one attack in which he was kicked in the groin having caused sexual hypogondism and as a result unable to have penetrative intercourse.

This physical castration leads to the breakdown in the relationship between Toh and his long-term girlfriend Jenny (Lily Chung Suk-Wai) and a festering resentment between the brothers. However, Wah’s almost hyper-masculine aggression is not only directed at his adopted brother, but is also vented against his beautiful wife (Chan Pooi-Kei) and long-suffering parents. Wah is forever after money to finance his gambling and drug addictions and in a particularly brutal attack attempts to rape Jenny while his mother (Lai Suen) tries but fails to intercede. Toh returns home just in time to rescue Jenny, but it is the last straw for his mother who in despair attempts to hang herself. After years of being the victim of his brother’s violence, Toh loses control and beats his brother to death. Will the Jury find Toh guilty or not?

While Brother of Darkness is not a great film by any standards, it is a great deal of fun to watch, if only for William Ho Ka-Kui’s evident enthusiasm for playing the dastardly Wah, a man with no redeeming characteristics whatsoever, who takes delight in abusing those that love him, and of course, those that don’t. The subtitles on the version I watched, added to the sense of almost carnivalesque fun, with Wah’s bawdy language consisting of repeated proclamations of being ‘Stimulated’ and asking his unwilling victims to ‘Put out his fire’. Jenny calls Wah an animal, which is an apt description, as he is motivated purely by primal appetites for food and sex, which he consumes avidly but is never sated. 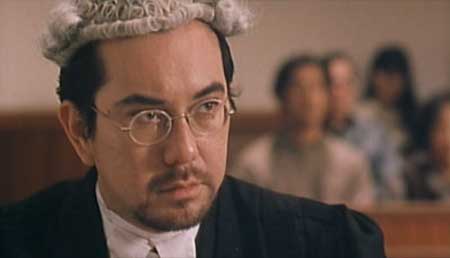 While the film is low on the gore that might be expected for a Category III film, it certainly fulfills in terms of soft-core P*rn scenes, albeit that such scenes are not motiveless and are crucial to narrative progression. When Toh and Jenny attempt to have intercourse, the mood is romantic, and lighting soft, while when Wah has sex with his wife, who is not unwilling, it is shot directly with harsh lighting accentuating the brutality of the animalistic act of sex, devoid of emotions, purely focused around Wah, putting out his fire so to put it. 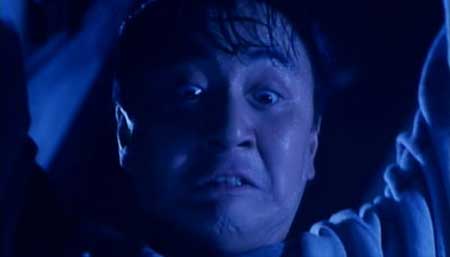 This provides an imagistic juxtaposition between the soft, emasculated almost feminine Toh and the hypermasculine, potency of Wah and privileges the first iteration of masculinity over the second. In the context of pre-handover Hong Kong, romantic masculinity expresses a nostalgic longing for the past, while violent masculinity articulates fear of a future under the rule of China, and the loss of subjectivity such a return could mean. In these terms it is not difficult to see Wah, who is construed as a threat to the family, emblematic of nation, as an embodiment of an unconscious but prevalent fear of China. 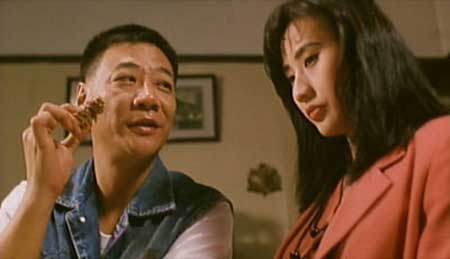 Gender relations in the film are particularly advanced for the time, with the battle between defense (Money Lo Man-Yee) and prosecutor (Anthony Wong Chau-Sang) expressed in gendered terms: a battle of wits which the woman wins, when the Jury brings back a verdict of not guilty. There are some very funny moments in the quick repartee between the two, especially when discussion takes place about Toh’s sexual hypogandism with the prosecutor attempting to dismiss the defense’s argument of sexual defense as a result of Toh’s victimisation at Wah’s hands, particularly when the defence looks the prosecutor directly when discussing Toh’s inability to have penetrative sex. While this does provide motivation for prolonged sex scenes between Jenny and Toh, this doesn’t detract from the interesting and amusing sub-text around the battle of the sexes. 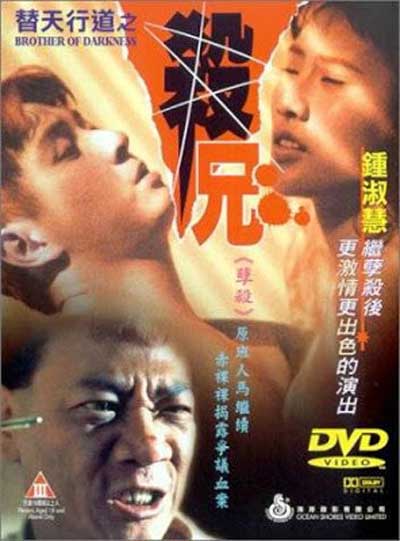 Into the mix of family dysfunction and erectile dysfunction, Tang throws enough kung-fu fight scenes to satisfy the more action orientated spectator including the final fight between Toh and Wah. There is something in Brother of Darkness for almost everyone and as long as you take the film with a pinch of salt, it is difficult not to be thoroughly entertained.