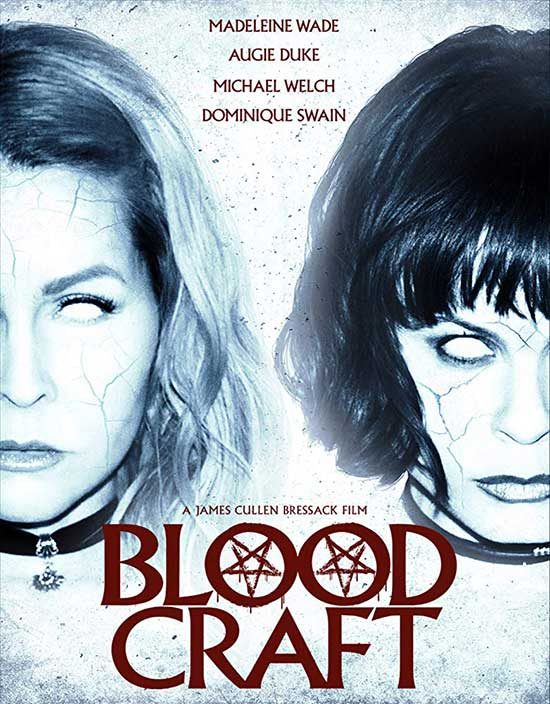 Two sisters use witchcraft to bring their horrible, abusive father back to life so they can take revenge on him.

I thought that Blood Craft sounded a little weird before I saw it and wasn’t sure if I was going to like it or not. I mean why would anyone bring back the spirit of their abusive father just so they could mess with him? It doesn’t sound like a very good idea, does it? I mean, come on, how could this possibly end well? I know I may not be the brightest guy in the world but even I know that doing something like this is a terrible idea that would more than likely blow up in my face if I attempted it. I’m not going to say that’s what happens in the movie because I don’t want to spoil anything for anyone, but let’s be honest, wouldn’t most people just assume that doing something like this wouldn’t be the best idea in the world and therefore not even bother? Obviously the two sisters that appear in the film aren’t like most people, I guess. While I wouldn’t say that I hated Blood Craft I will say that it has its share of problems and I just couldn’t get into it for several reasons. 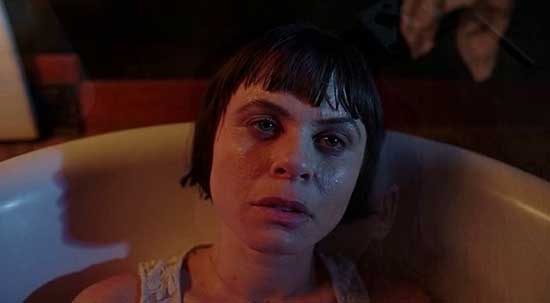 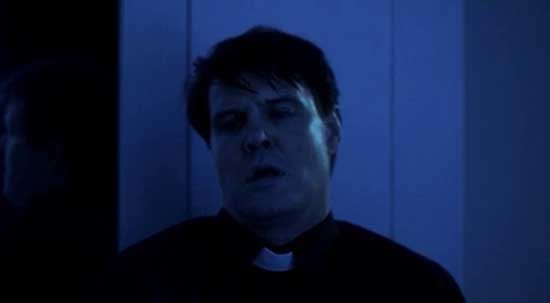 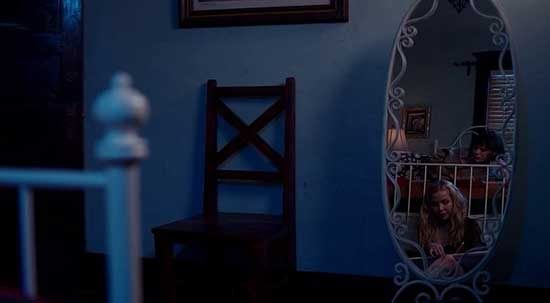 Like I said earlier, I just thought the premise was a tad odd and doesn’t make a lot of sense if you really think about it. If I had gone through all the things that the sisters in the movie were forced to endure at the hands of their sadistic dad, the last thing I would ever want to do would be to bring him back in any shape or form. I would just be glad that he was dead and gone forever so I would never have to deal with him ever again and bringing back his spirit just for the sake of torturing him would be one of the last things on my to do list. Then again, I suppose that people cope with situations like this differently and there probably are some folks out there that would do exactly what Grace and Serena in the movie if they had the chance to gain a little vengeance against such a horrible parent. My thing is though, why take a chance? It’s like the old saying goes “Don’t tug on Superman’s cape” and that’s basically what the sisters do here. I’m a pretty easy-going guy in general that likes to avoid trouble or difficult situations if at all possible, so as such I just didn’t really understand why the main characters would go out of their way to cause more problems for themselves (and bring up some really terrible memories) when they really didn’t have to. I think that, in a nutshell is why I just really wasn’t a fan of this movie. Sometimes it’s good to just let sleeping dogs lie. 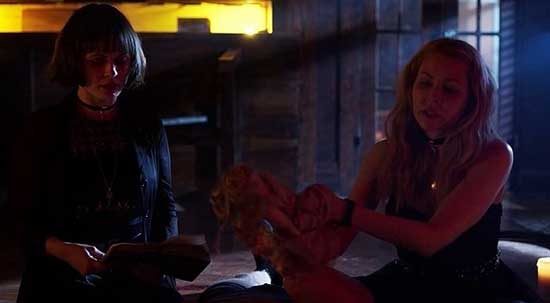 Another reason I just wasn’t really into it was because I thought that the film was rather boring. It moves along at a snail’s pace and I had a great deal of trouble devoting all my attention to it at times. It takes forever for anything remotely interesting to happen and even when it does it just wasn’t anything that spectacular. I get that it is more of a character-driven horror film and I respect that, but it just moves way too slowly for the most part and if you are like me and have the attention span of a gnat then you aren’t going to enjoy this film. I had to fight the urge to fast forward through scenes several times and that is never a good sign while watching a movie if you ask me. While some people may enjoy the extremely slow burn of the film I did not, and I have a feeling that there are a lot of other viewers out there that would agree with me. 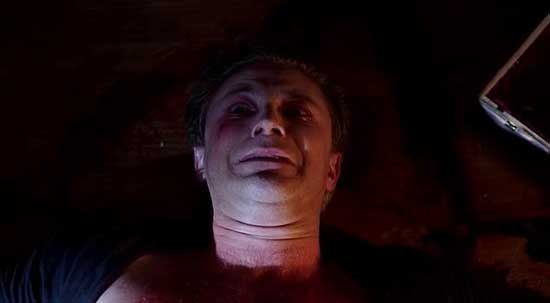 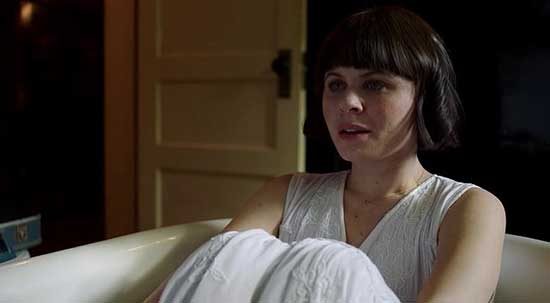 Not everything was bad about Blood Craft. I liked the characters and thought that the acting was decent. You can’t help but feel for the main characters as they did go through Hell at their father’s hands and there are some pretty disturbing and just plain messed up things they had to deal with when he was still around when they were younger (such as various types of abuse, rape, etc.). I think I felt sorrier for Grace as she is sort of a train wreck for most of the film and I thought that co-writer Madeline Wade did a great job bringing her to life. 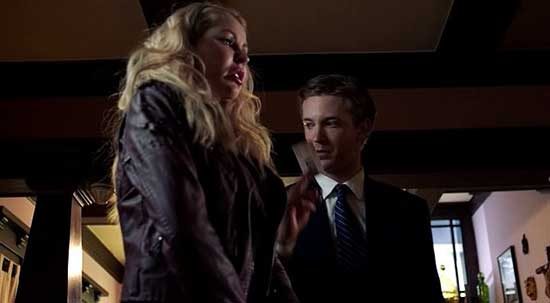 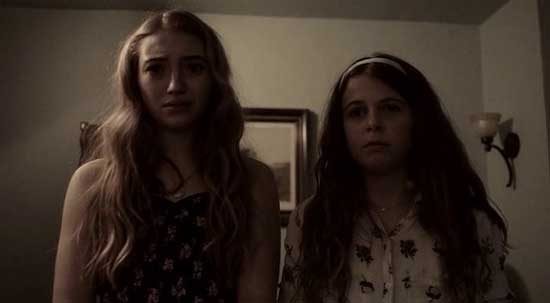 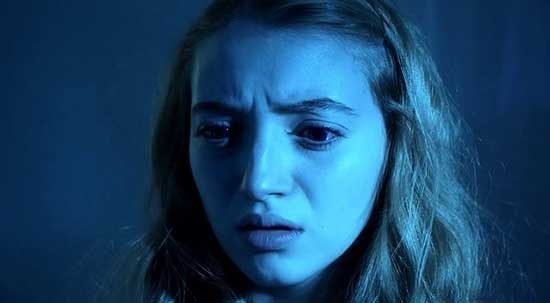 Augie Duke is just as impressive as Serena and I thought that the two had good chemistry together and they were believable as sisters. Dave Sheridan is also very good in the role of their father, the totally evil and sadistic Minister Hall. He is one of those characters that you just love to hate because he is such a terrible person and I thought that Sheridan was perfect for the role (I can’t believe this this was the same guy that played Doofy in the completely awful and pretty much unwatchable Scary Movie from 2000 as he is so much better this time around). Dominque Swain also shows up at one point as the mother of the sisters, and while we don’t see that much of her, she does a great job as usual when she is on screen. All in all, I would say that the biggest strength of the film is its cast as everyone does a great job for the most part. 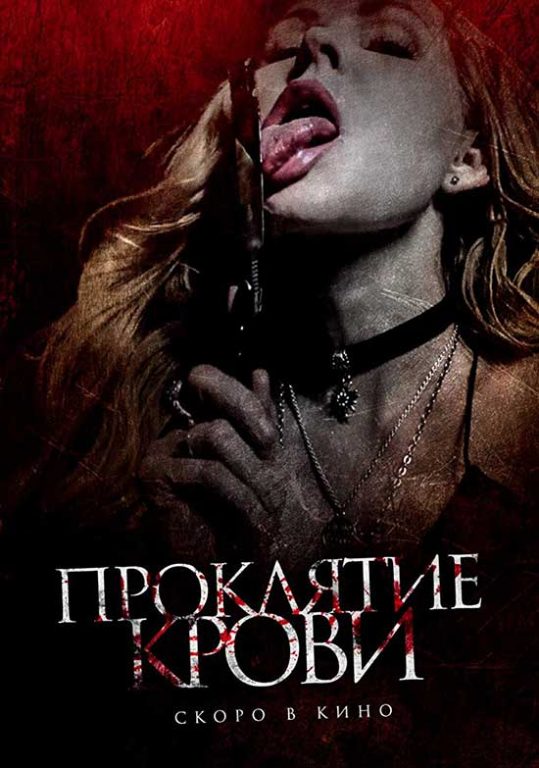 I just wasn’t feeling Blood Craft for a lot of reasons, but like I said that doesn’t mean that it is a bad movie and that other people won’t like it. I don’t think that I was the target audience for it and as such I just wasn’t that much of a fan of it in general. If you are into these types of movies you may love it though. I will admit that it is dark and depressing at times and there are some things that take place that will make some viewers uncomfortable, but at the same time I applaud the people behind it for tackling such sensitive issues that other filmmakers go out of their way to avoid. Check it out if it sounds like something you would be into, you may see something in it that I missed.