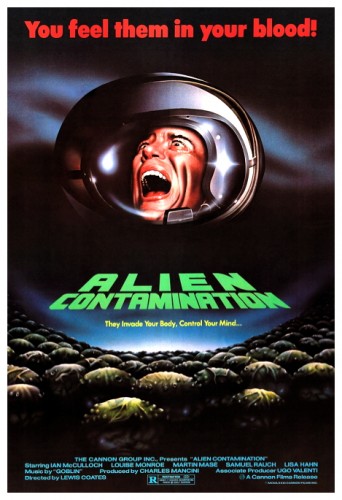 “A ship pulls into New York Harbour with no one on board. The police find a cargo full of green pulsating eggs. Upon contact, the eggs explode spreading a green acid like substance that seeps into the skin and explodes. It is later discovered that the eggs are being manufactured in South America by a one-eyed Martian that grew from a tiny seed a former astronaut brought back from a expedition to Mars.” (courtesy IMDB)

I have a confession to make: I love a good conspiracy theory. Thanks to the interweb, there are more conspiracy theories than ever before. They range from the simply fanciful – like KFC is owned by the Ku Klux Klan which laces the food with a drug that makes coloured men impotent – to the overly complex, like the death of JFK and the events of 9/11. There’s also Area 51, barcodes, Hangar 18, fake moon landings, Charlemagne never existed, the weather is controlled by the US military, and Bill Gates uses Wingdings to send secret messages to the Freemasons. The Nazis really did have a moon-base and made contact with several alien races, including dinosaur-like reptiles who now secretly rule the world from their underground base in the Antarctic. 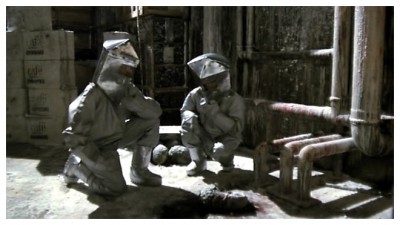 Established in 1971, Starbucks supposedly refers to the Star of David and bucks, meaning money, but that’s far too simple to be true. The reality is that in 1980, Starbucks funded a secret mission to Mars, and took delivery of hundreds of large alien eggs to be incubated at their Colombian plantation. This week’s documentary, Alien Contamination (1980), exposes the shocking true story behind the worldwide death and destruction caused by America’s most monstrously diabolical corporation – and makers of fine quality coffee. Prepare to be plunged headfirst into espresso hell as your beans are ground to a pulp by high-speed blades and forced through a filter until they develop a reddish-brown foam, as we delve into the dark-roasted world of coffee cultivation in…Alien Contamination! 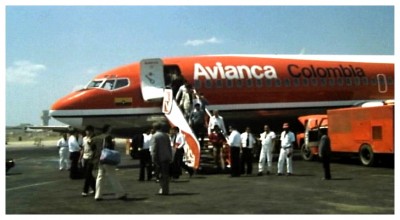 But seriously folks, anyone who knows how difficult it is to keep a secret among three people knows how absurd the idea is of a worldwide secret conspiracy consciously controlling all mankind and its financial power. Alien Contamination was directed by Luigi Cozzi – known as Lewis Coates in America – whose first professional film was a giallo called The Killer Must Kill Again (1975) after which he – Luigi, not the killer – was hired to direct a number of bigger budget films like Starcrash (1978) with David Hasselhoff and my old girlfriend Caroline Munro, and Hercules (1983) with Lou Ferrigno and my old girlfriend Sybil Danning. I think I’m beginning to detect a pattern…dense leading men. 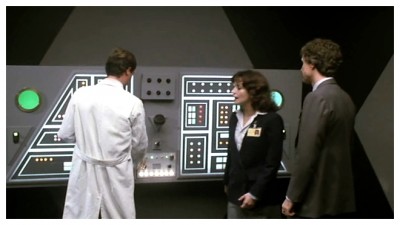 Anyway, after the success of Starcrash, Luigi wanted to do more science fiction and ripped off…I mean, found inspiration in Ridley Scott‘s classic Alien (1979). He kept in the alien eggs and their protector but, due to budget restraints, decided to set the film on Earth and quickly scribbled out a script called Alien Arrives On Earth. Producer Claudio Mancini had different ideas however, and changed the title to Contamination, focusing on the (much cheaper) international intrigue elements. 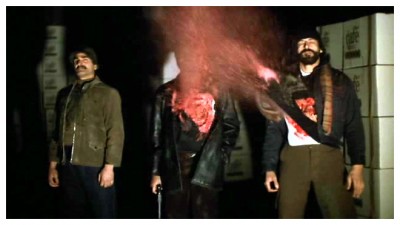 Heroic Commander Hubbard is played by Scottish actor Ian McCulloch, who is probably best known for his role in the Terry Nation television series Survivors, although some may recognise him from the Doctor Who story Warriors Of The Deep and other shows like Colditz and Secret Army. He really hit the big time in when he scored the lead role in Lucio Fulci‘s Zombie Flesh Eaters (1979), which was quickly declared a ‘video nasty’ and banned from viewing in most English speaking countries, so just about everybody owned it on VHS. Alien Contamination was the third Italian film for McCulloch and, although he looks exhausted, he’s still having fun. 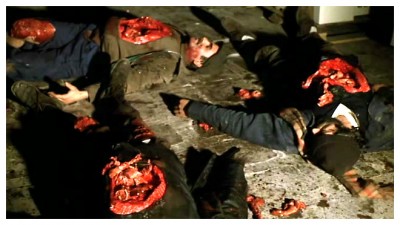 Colonel Stella is played by Canadian Louise Marleau, an award-winning actress from Quebec who went from a small role in the well-regarded In Praise Of Older Women (1978) to a major role in The Baroness And The Pig (2002), and whose most recent claim to fame is translating The Vagina Monologues for French audiences. Tony the sarcastic cop is played by Marino Masé, an Italian actor who appeared in over seventy of the most mediocre films you’ve never seen: The Leopard (1963) Commandos (1968) with Fists In The Pocket (1965) and The Vatican Affair (1968). That’s four different titles by the way. 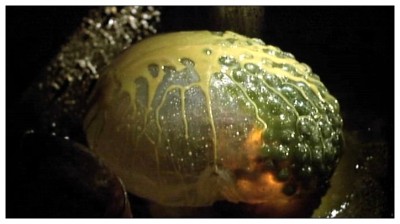 The villain of tonight’s piece, Hamilton, is played by German film and television star Siegfried Rauch, who has appeared in over two hundred productions since 1958. In the seventies Siegfried played Steve McQueen‘s racing rival in Le Mans (1971) and was typecast as Nazis in many Hollywood films like Patton (1970), The Eagle Has Landed (1976), Escape To Athena (1979) and The Big Red One (1980). Since 1997, Siegfried has continuously appeared in The Dreamship, one of the most-watched television series in Germany, and currently lives a very comfortable life in the Bavarian Alps with his family. It’s nice for once to discuss somebody who didn’t immediately fall into obscurity or die. 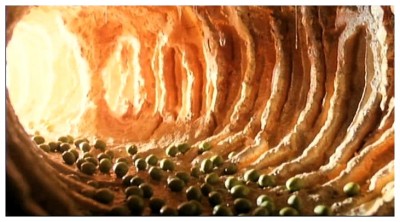 Special mention should be made of the music. Director Luigi was a protégé of Dario Argento, and gets a great soundtrack from his mentor’s house-band, Goblin. Despite not having Claudio Simonetti on keyboard, this is one of my favourites, a real highlight in the band’s career, though not quite as famous as their music for Deep Red (1975) or Suspiria (1977). Made by Italians on location in Colombia, Florida and New York, and starring actors from Germany, Canada and Scotland, I can quite proudly declare that this week’s presentation of Alien Contamination is a truly multicultural one. 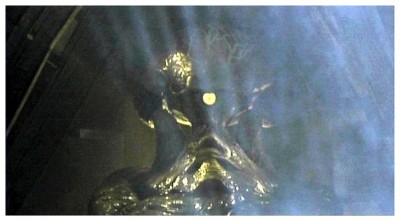 In the first stages of Alien Contamination, the symptoms are relatively mild but, after time, drowsiness sets in, rapidly followed by a coma and, finally, the credits roll, with limited chance of recovery. The only reason you’ll survive this week’s hideous affliction was because the director added a little originality to an otherwise blatant Alien rip-off. Speaking of rip-offs, it may have been influenced by Alien but it feels more like a prototype of James Cameron’s Aliens (1986). I happen to know that Cameron saw Alien Contamination while writing Aliens: giant eggs, flame throwers, monstrous alien queen, etc. Of course, Alien Contamination only had a fraction of the budget afforded to Cameron’s Aliens, I’m just saying there are similarities, that’s all. Speaking of similarities, I’ll be here again next week, same bloody channel, same bloody time, same bloody website – Horror News! Toodles! 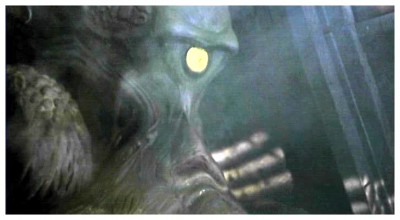