A dual between man and clown.

“A Winner is You” is another clever gory creation from the minds at RKSS.tv. François Simard who created the film “Bagman Professional Murder” is seen playing the role of the shooter with Jonathan Prévost (also Bagman creator) as the clown. This gory extreme short accomplishes a few items of horror. Namely, the exploitation of one who hates clowns, or in this case “clown” and a great use of horror props on film. I highly suggest you stopping by their channel at RKSS.tv.to check out a few more of their wacky creations. As our mystery man rounds the corner to take down a clown found leisurely relaxing, the shooter begins a series of stare down intimidation sequences focused on a duel of odd looks.

Quickly realizing that the clown is un-rattled, he begins firing a series of shots into the clown’s chest and neck. Now of course it could clearly end here, though the injured clown attempts to reach out for the man to help him.

This is where the short film really earns its weight in silliness and extreme violence. A shot to the nut sack, a few kicks and some body flying antics doesn’t seem to be enough. The clown looks on in a mocking way before our shooter begins a ridiculous amount of gun shots to the head. This is followed by a rapid series of face pounding and coconut smashing finshing rounds. Our shooter has indeed earned a prize.

While the short really needs no clear explanation more than an “experiment in clown destruction”, it highly succeeds in its small amount of impact. A dark humor base really adds a lighter edge to what might otherwise seem to be just gore and clown makeup. In short, a really cool little piece that proves this team has the practical props to do much more in the business. Clown phobics may either rejoice or run in terror. Though clown justice is somehow served up quite brutally and completely. 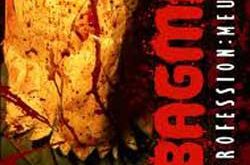 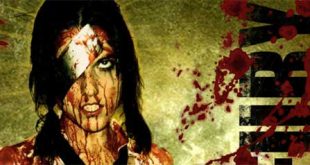