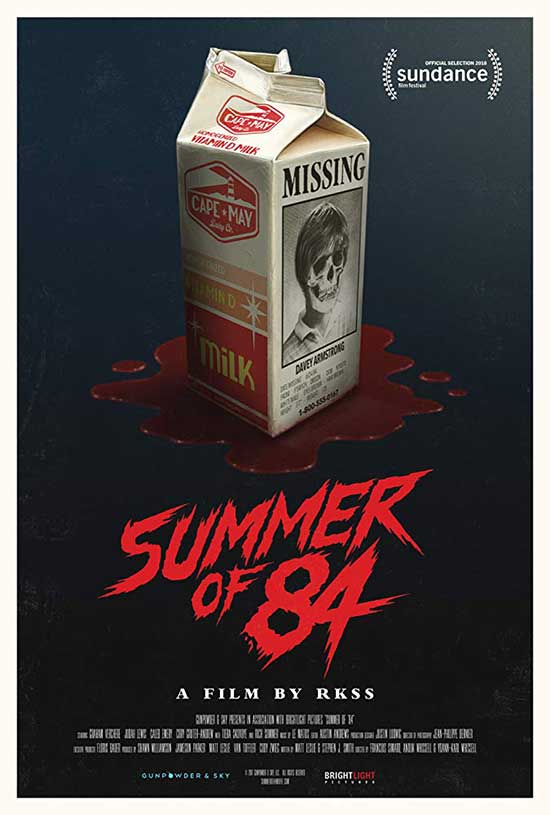 A small town is terrorized by a serial killer that is knocking off young boys left and right, so fifteen-year-old Davey and his pals decide that they are going to figure out who the responsible party is and stop him before anyone else dies. It isn’t long before Davey suspects that his neighbor Mr. Mackey is the culprit, so he takes it upon himself (with the reluctant help from his friends) to bring his reign of terror to an end. Is Davey right or is Mackey totally innocent?

What do you get when you combine The Goonies, The Monster Squad, Disturbia/Rear Window, Fright Night, Stand by Me, and Stranger Things? Unfortunately, in the case of Summer of 84, the answer is not a whole lot. I was pretty stoked to see this movie when I first heard about it, so I went into it with pretty high expectations as I thought that it sounded like it could be a lot of fun. Sadly, my hopes were dashed within fifteen minutes or so and I couldn’t help but feel more than just a little let down after the end credits started to roll. Summer of 84 isn’t necessarily a bad movie, but at the same time it is seriously lacking in a lot of ways (thanks mostly to bad writing, terrible pacing, and the constant reminders that the movie takes place in the 1980s which gets old, very, very quickly). This movie could have been very good had it been handled properly, but unfortunately that just wasn’t the case and I think that is why I was so frustrated with it after everything was said and done. 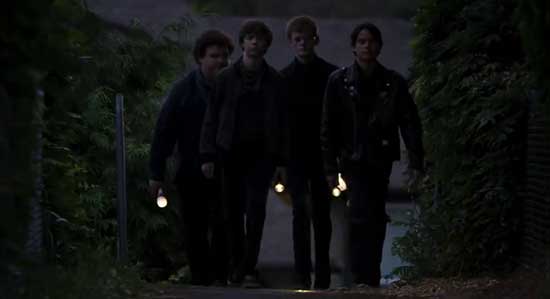 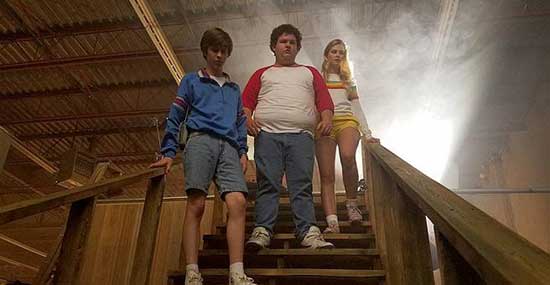 The premise is interesting enough, even if it has been done about a thousand times before. A group of young boys suspect that one of their neighbors (who happens to be a police officer) is actually the mysterious serial killer that is responsible for the disappearances of several young boys in the area (I was never quite sure why they kept referring to him as a serial killer since all these boys were just missing and no one knew for sure if they were dead or not since their bodies hadn’t turned up). Of course, no one believes them (or is even really that upset that there seems to be a serial killer lurking about in the neighborhood), so they go about investigating the guy themselves to prove that he is the guilty party. Sound familiar? Probably because you’ve already seen it countless times before (Hell, even The Simpsons and Raising Hope did episodes that parodied this premise). Is the kindly (but sort of odd) policeman Mr. Mackey really the serial killer or is he just a red herring? I’m not going to tell you because I don’t want to spoil it for you, but let’s just say that most of you reading this have probably already figured it out for sure without seeing the movie (and the rest of you that takes the time to watch it will no doubt deduce everything about twenty minutes into it because it really is that predictable).

I think one of the biggest flaws of the movie is that it is just too long and to be honest nothing really that exciting happens until maybe the last fifteen minutes or so (and even then, it really isn’t anything to write home about as the big reveal seems very rushed and not that amazing). The film suffers from pacing issues and I think that about thirty minutes of it or so could have been trimmed out just to make things flow a little better (especially the stuff with Davey and the former babysitter that he has a crush on. These scenes are painfully bad and, in the end, just really don’t have any sort of point to them). The film is bogged down with way too many boring, pointless scenes that should have been left on the cutting room floor and I am a little puzzled as to why they were left in the final cut as most of them just drag on and don’t really add anything to the movie as a whole (I am assuming that the people behind it just added them to pad out the running time for whatever reason but doing so was a huge mistake). 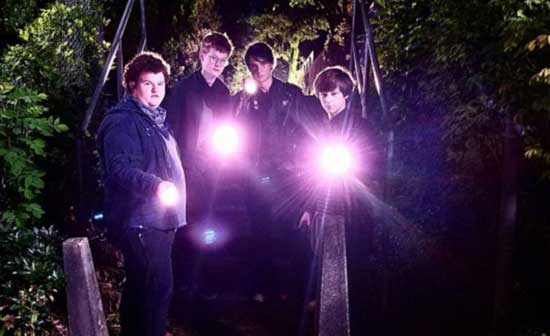 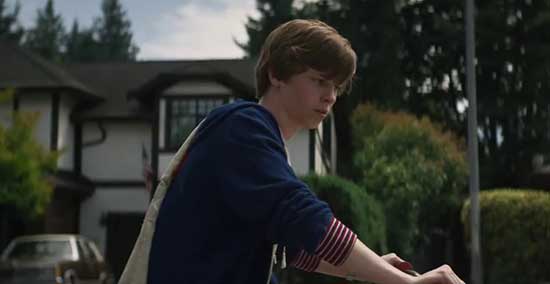 To be honest I also thought that the characters were about as cliché as you can get. Davey is just your normal teenager that doesn’t really stand out from the crowd that could have been played by pretty much any actor, so I am not sure why he is the main character. His group of friends are cookie cutter as hell as they include the “bad kid,” the nerd, and the nice fat kid (in real life none of these characters would ever hang out together like they do in the film). Even Davey’s love interest is pretty cliché as she is his former babysitter that the entire group are all in love with (why is it she feels the need to hang out with Davey in the middle of the night on several occasions again? Does she not have anything better to do or what?). Davey’s parents are just your typical parents and nothing about them stand out, one of his friend’s mother is an alcoholic, one of the other members of his group has parents that hate each other and fight all the time, and so on and so on. These characters are all flat as hell and aside from only one member of Davey’s group of friends that I sort of liked (who gets killed, naturally) I really didn’t care if any of them lived or died for the most part (which is never a good sign).

The ending is weird and while I understand the point the filmmakers were trying to make with it I just don’t think that it worked for several reasons. It is way too dark and doesn’t fit the tone of the rest of the movie, and to me it almost felt like the people behind it finally realized they were making a pseudo horror film way too late into the game and overcompensated by ending things on such a bleak note. Don’t get me wrong, I love downer endings, but it just didn’t work this time around. It was sort of like putting a puzzle together and after realizing that you were missing the last two pieces to complete it you just grabbed two pieces out of another, random puzzle that you had in the closet and forced them to fit into the one that you were working on, so you could say that you finished it. Maybe if the rest of the move had the same dark tone as the last fifteen minutes of it did I would have really enjoyed it as a whole.

I wasn’t a fan of Summer of 84, which stinks because I really did want to like it before I saw it. I just didn’t think that it was anything special or anything that you hadn’t seen before and was just another movie that tried to cash in on the whole 80’s nostalgia thing that has become the norm of late (while the script may have been written in 2015, a couple of years before Stranger Things popped up, I find it very hard to believe that there weren’t some re-writes done later on to cash in on the Netflix series’ popularity because there are just too many similarities). I think that the people behind it had good intentions at one point when they started working on the film, but they lost them somewhere along the way and as a result Summer of 84 just isn’t nearly as good or enjoyable as it could have been had someone else worked on it. Check it out if it sounds like something you would be into but trust me when I say you are more likely than not going to walk away from it feeling disappointed and more than just a little let down.