As you could probably tell Satan, the devil, Lucifer whatever you wish to call him is known in many different religions, except he is not the same being, he is unique in most but has common similarities. Here is just a few religions where Satan or a being similar to him is mentioned and feared.

Most of us will be very familiar with the devil from Christianity; he seems to be the most common one portrayed in the media we all see him as a red monster with horns or in human form as a c**ky powerful man in a suit (The devil in the end of “Constantine” has to be my favourite”). His demons are all seen as vile thing that try to lead us humans into temptation equalling in us having eternity in hell when we die.

(Final thought; don’t sell your soul to a red monster with thorns, a tail and a pitch fork or to a confident man in a suit. )

This Islamic devil is known as Iblis and Shaitan (Shaitan in Arabic is alo used to refer to evil things), according to the Qur’an God created Iblis and he has no other power but to cast evil suggesting into the hearts of men and women. Creepy right? Now Iblis links to Christianity’s devil as he was casted out of heaven for disobeying God; Iblis felt he was superior to Adam as Adam was made on Earth unlike him.

According to the Qur’an Iblis’s until Oiyamah (Resurrection day) is to deceive Adams children (Us), after that, he will be put on to the fires of hell along with any of us who have deceived.

(Final thought; we are his only enemy, so I don’t think there will be any deals with Iblis, to get what we want.) 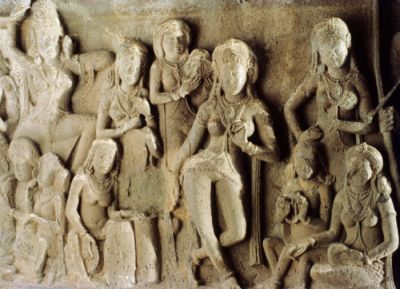 In Buddhism many of you may see this as FANTASTIC thing but it has some down falls, you see the devil in Buddhism is named Mara he tempts us with beautiful women trying to seduce us (I have a horrible feeling some of you want this devil to find you). These women are known as Mara’s daughters, these women distract the mind of humans with lust and stop you from having a spiritual and skilful life.

Mara also likes to have control over his prey as when he lures you in with his daughters he actually starts to turn in to a very clingy girlfriend by, he keeps the desire in your mind stopping you from seeing your future.

(Final thought; don’t think about p*rn when writing or you maybe, being tempted by Mara and his daughters.) 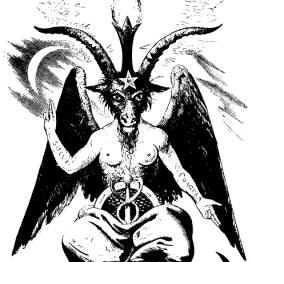 I thought I would keep this one till last, I just felt it would be a lovely finish.
This religion actually came from Christians who saw the devil as a more preferred patron linking to medieval folk law speaking of demons and witches (all of us have heard a story or two about witches of how the devil will get us if we go somewhere or say a certain few words).

Now Satanists are most known for their “Satanic sacrifices”, it is seen as a vast conspiracy which has been known to link to child abuse and even human sacrifices. Now this is the creepy part, whilst most of these Satanic sacrifices take place Satan has been described to be appearing in person, in order to receive the worship from them.

(Final thought; try not to be captured by Satanists, keep a cross or rosemary beads close by.)

“The devil is the evil spirit of the lower places, as a fugitive he made Sotona from the heavens as his name was Satanail, thus he became different from the angels, but his nature did not change his intelligence as far as his understanding of righteous and sinful things” – 2 Enoch 31:4