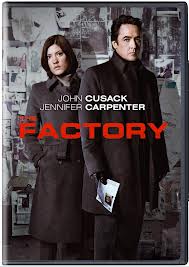 An obsessed cop is on the trail of a serial killer prowling the streets of Buffalo, N.Y. but when his teenage daughter disappears, he drops any professional restraint to get the killer.

Most movies with a horror slant should start as The Factory does… with setting the mood. Now I don’t mean shoving blood and guts down your throat. No, mood is making you feel something. It often makes you re-evaluate your life. There is nothing more gloomy and heavy than piss poor weather and The Factory has this in spades by making it dark, gloomy, and in the dead of winter. Include an eerie, sparsely used piano track that is creepy as hell and you have mood. 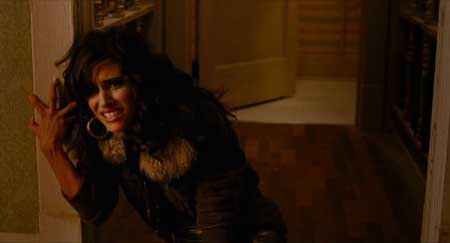 Prostitutes have gone missing around Buffalo, NY and it is the job of Mike Fletcher (John Cusack) and Kelsey Walker (Jennifer Carpenter) to track down this sicko. The women are presumed dead but no bodies have ever been found which gives them very little to go on. At its heart The Factory is very much like a modern day Jack the Ripper story. We meet the killer immediately as he is meeting with a prostitute. Finding out that his newest mark is a man causes a very poor reaction.

It is the killer’s relationship with an unlikely accomplice which has kept him off of the radar. His partner was caught having sex and knocking up a woman in a coma. He helped him get rid of his… problem. Now he is in debt to him and no water what Mike or Kelsey has on him he simply will not budge and being the police they can’t get step out of bounds. It is not until Mike’s young daughter is abducted when things go very, very wrong for these sick men. First, they adduct a cop’s daughter. Second, the killer’s accomplice is seen in the same location and he is not a hard man to miss. 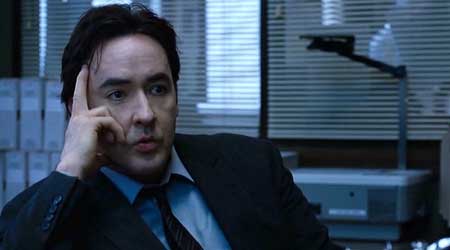 The Factory boasts a great cast of knowns and unknowns but every performance is spot on. I am a big fan of John Cusack and I firmly believe that this is one of his best performances. Raw emotion is the recipe of the day. While watching The Factory we learn that it is not a place but something more entirely. The race is on to find his daughter and, if still alive, the other abducted women. We have already established what this mad man does with those he no longer has a need for – but what is that need exactly? 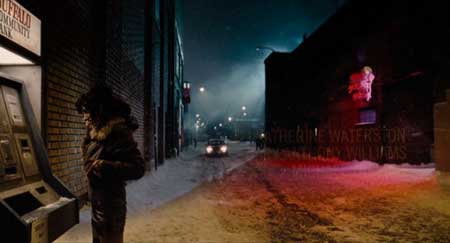 The Factory has much more going for it than just great acting and a knack for setting the mood. It has a robust, talented cast, a well thought out story, great direction, and a ton of WTF moments. It keeps you emotionally invested in the outcome as it hits you viscerally. The love of a parent is something you just do not mess with and that fact alone as you rooting for the good guys.

I normally do not condone the making of sequels because most of them are just awful and simply not needed. I think this is one of those rare occasions where I think The Factory screams for one and I am demanding that they make one! I am itching for more of this story and I hope that after you, the faithful reader, watches The Factory you will think the same thing. 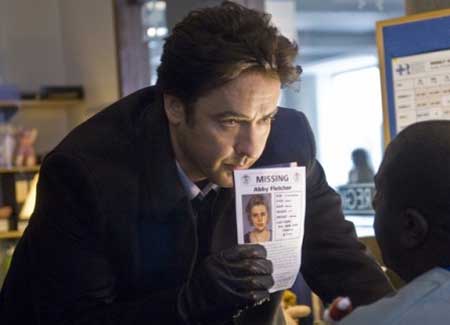 In a nutshell The Factory is a thriller worth seeing that is in the vein of the great Hitchcock. Yea – I went there. It is slick with a great story that attaches you to its core message early on and finds you grasping for answers along with the lead characters. The Factory has no wasted motion and there is nothing but momentum. I would have liked to see more of Mike’s wife and his partner. He also has a son which we only see once or twice so he could have been cut altogether. This is very minor stuff and for me The Factory is definitely 5 out of 5 wood chippers.

The moral of the story? Don’t let your daughter dress like a slut.

The Factory is now available on Bluray per Warner Brothers