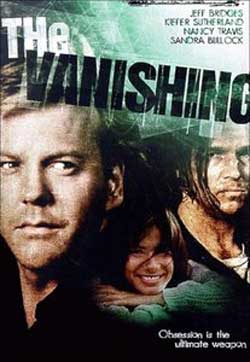 The boyfriend of an abducted woman never gives up the search as the abductor looks on.

Surprisingly demented and creepy is the best way to describe the 1993 film The Vanishing, directed by George Sluizer, and it is a film that, to this reviewer, is astonished to find that most horror fans are completely unaware of. While the film’s subject matter alone is rather disturbing, it is Jeff Bridges exceptional performance and portrayal of a very smart, yet somewhat bumbling, mentally ill abductor that truly sets and carries the film’s suspenseful tone. And, since Bridges is rarely seen cast as such a wicked character, many fans may find this somewhat hard to comprehend. Regardless, none will be able to deny that he certainly delivers, making the film incredibly believable. 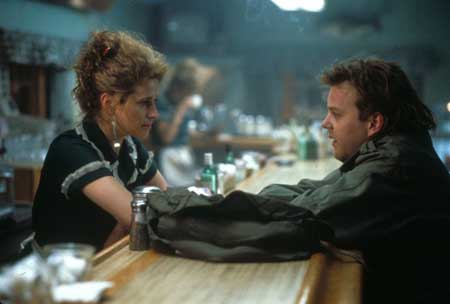 Barney Cousins (Jeff Bridges) is a chemistry teacher who is has a deep secret. He is also a cold, calculating and confident abductor. However, regardless of his meticulous and methodical planning, he knows mistakes will always made.

Traveling back home after an outing, Jeff Harriman (Kiefer Sutherland) and Diane Shaver (Sandra Bullock) stop at a truck stop for drinks. Jeff quickly runs inside, only to find that when he returns, Diane is missing. Perplexed, he thinks that maybe she has decided to go into the store too, and isn’t overly concerned. However, this soon changes as time passes and she doesn’t return and he begins to frantically search for her to no avail.

Fast-forward to a time after the police have long since joined and given up on the search, cataloging Diane in the unsolved mystery slush pile. But Jeff, now a shell of his former self, has not and still seeks answers and it is primarily through his eyes that the tale is told. 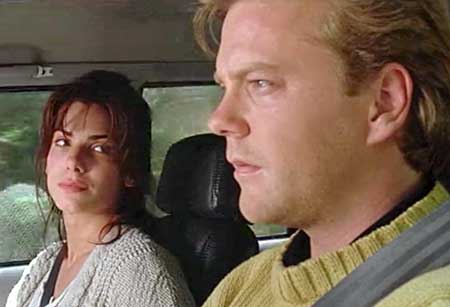 Barney has watched these events unfold and remains focused on Jeff and his actions, for he is under the delusion that this is all some sort of diabolical science experiment.

However, during a trip back to the scene of the crime, Jeff runs into Rita Baker (Nancy Travis), an old high school friend, and the two forge a relationship.

Fast-forward again to Jeff and Rita now living together and planning their future. Jeff still harbors a deep love for Diane and is haunted by his past. Rita, while understanding, thinks it’s time for him to put the past to rest. Jeff lies and agrees, and has an elaborate scheme, implying that he is in the military reserves, needing to attend duty two weekends a month. On those days away, he secretly continues the quest from a command center hotel room not far from where Diane had disappeared. Rita finds out and decides to leave him. 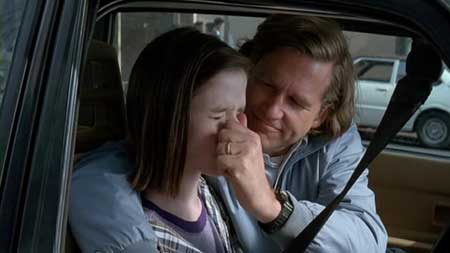 And yet, Barney is still watching and growing increasingly worried that he will eventually be caught due to some oversight and hatches another experiment, this time to rid himself of Jeff.

After making contact with the premise of explaining what actually occurred, Jeff has no alternative but to go along Barney in order to obtain answers.

Meanwhile, Rita stumbles upon a revelation that will blow the case wide open and intends to inform Jeff. However, Jeff is already in Barney’s clutches and the race is on as Rita isn’t about to give up the man she loves and has a plan of her own. 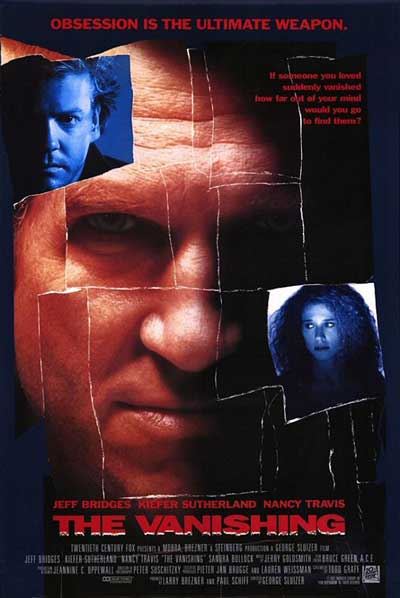 While it may be considered by many to be inferior to the Dutch original entitled Spoorloos, (unseen by this reviewer and therefore unable to compare), the film does seem a bit dated by today’s film industry technical standards. But, this said, the aspects most definitely don’t take away from the dark and thought provoking film, probably making The Vanishing one of the best relatively unknown American-made psychological horror flicks out there, even with it’s mostly predicable Hollywood style ending.