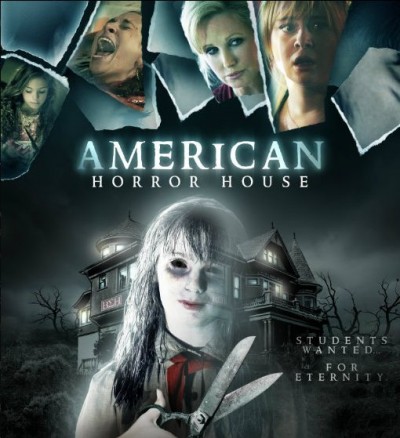 Pretty girls learn the ugly truth about their sorority.

If I didn’t know any better but with a title like “American Horror House” you would have thought the film was a cheap knock off from The Asylum trying to cash in on the success of the FX series “American Horror Story”. Instead, this film is a SyFy premiere that is incredibly silly (like many of the other films that premiere on SyFy) but there is something at work in this film I wasn’t expecting. It wasn’t original or scary, what it does do successfully is show you how to have a good time. There is no shortage of fun here. I was hoping that this wouldn’t be a wash, especially since the film was written by former Fangoria scribe Anthony C. Ferrante (who was also responsible for one of my favorite little horror films of the last decade “Boo”). The film was directed by Darin Scott who was a co-writer on “Tales from the Hood” and directed “Dark House”. This film is just something to have fun with. 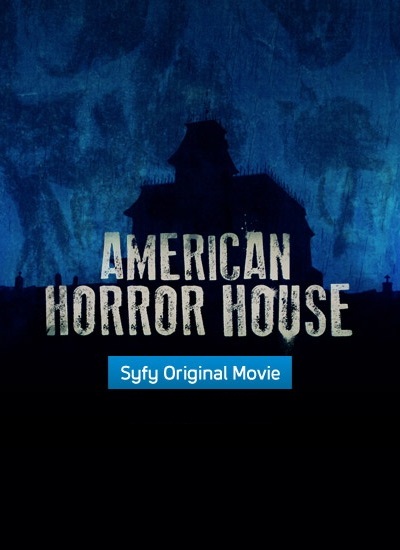 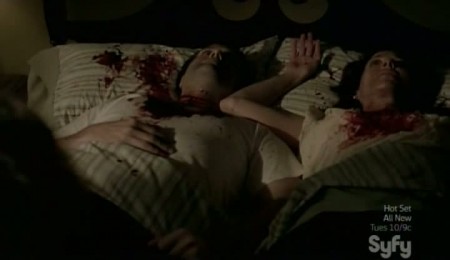 The film opens with a young girl murdering her parents. We flash forward to the present and a college girl is off to her violin lesson after being berated by members of her sorority. She is quickly dispatched as well then we flash forward again to several months later and a private detective has arrived at the sorority to look for that same girl who is missing and her family is looking for her. At the same time, the bitchy sorority sisters are bringing in the new pledges for the season. They have to steal a mascot bear costume from the early 1900’s before the big Halloween bash for the evening. The mysterious Miss Margot (the ever young Morgan Fairchild) has an agenda of her own that is set in motion during the big party. 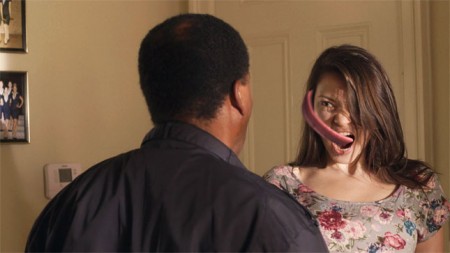 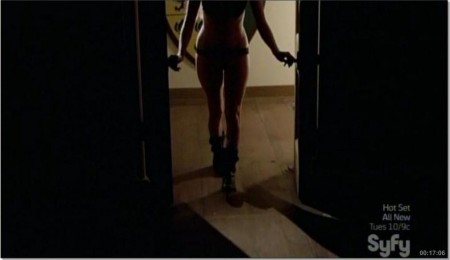 Even though I enjoyed the film quite a bit, there is no way around the fact that the story was kind of all over the place. It jumps around and never seems to focus in on anyone until much later in the film. The characters are not really fleshed out or all that interesting. Some of the editing was questionable but I will refrain from making any editing comments because I am sure that when this film is released on DVD it will be released uncut and maybe some of my complaints will have been corrected. 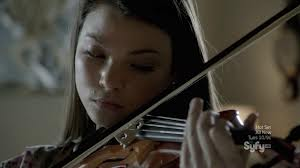 At the same time, the filmmakers know how to have fun with the material and this is what makes the film worth watching. There are deaths every few minutes and when someone dies, they immediately turn into a ghost. So the ghosts from the past are killing and the ghosts of the present are as well. There is no shortage of gruesome death scenes. When they stick to using practical effects, they are truly fun to see and bloody as hell (the way we like them, right?). It’s when they use CGI that the results become questionable. The acting is give or take, but there is no denying that Morgan Fairchild was fun to watch in this type of film and is as lovely as ever. 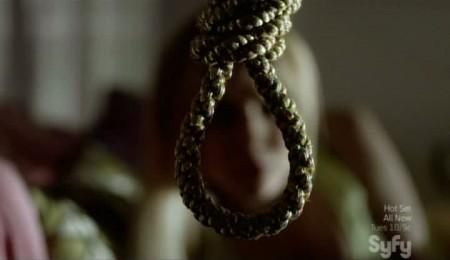 “American Horror House” is a genuinely fun film even though it’s far from perfect. There could have been a stronger attempt at making the film scary while still mainting that element of fun. The pop culture references work and the film may play much better when you’re hanging out with a group of friends, pounding back a few drinks. The practical gore effects were so much fun and it will be interesting to see any extras when they release the film uncut. I will recommend the film for a viewing or two. There are some talented people working behind the scenes and they do a nice job helping the viewer to enjoy themselves a little bit on a boring night. *** (out of 5) 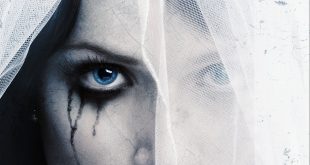 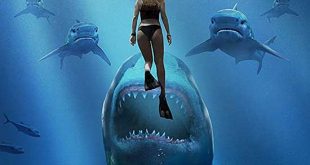 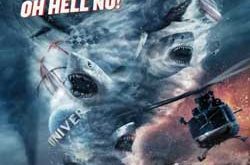