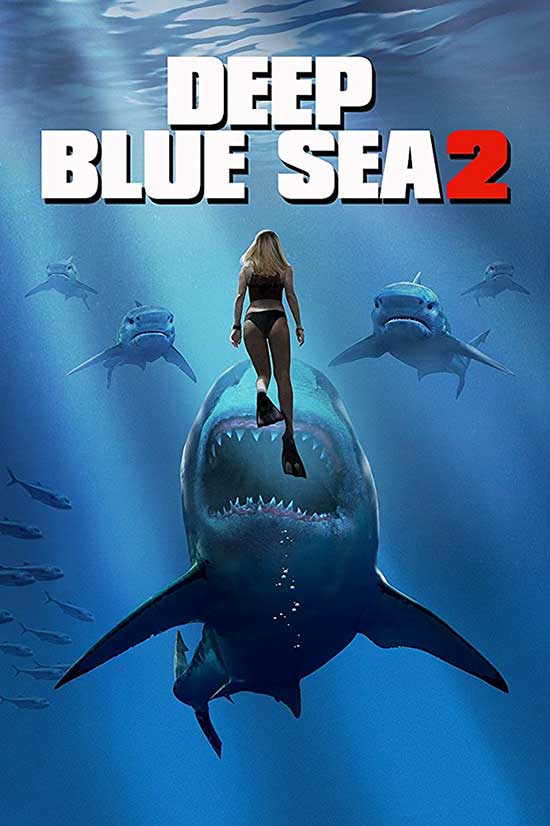 A brilliant billionaire named Carl Durant is experimenting on bull sharks, which soon rebel to cause havoc for a group of scientists.

Once in a while, it is so refreshing to get a sequel that basically re-affirms your faith that Hollywood isn’t a factory peddling shams and breaking dreams in a quest for the almighty dollar. I mean, how can you not enjoy leaping back into another tale dealing with either your favorite characters from the original, or a new tale set in the same setting/universe? It’s like pulling on that old, tatty sweatshirt after a week of wearing starchy, button-down shirts and ironed slacks. You can relax because you know you are in good hands. 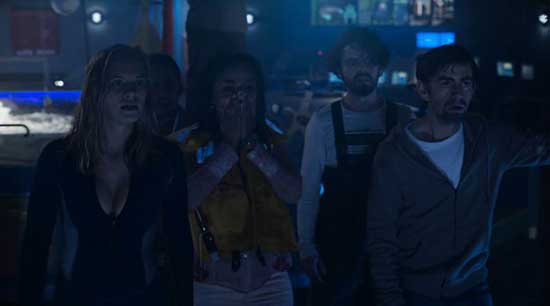 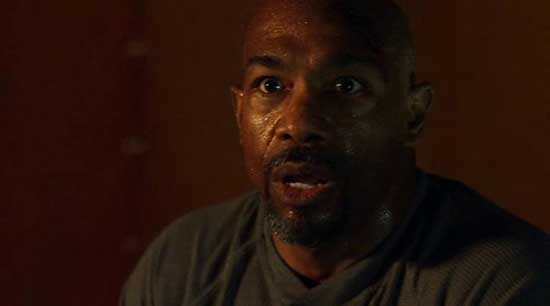 As nice as all that can be, not one stinking bit of it has anything to do with the recently, dumped-on-an-unexcited-public sequel known as “Deep Blue Sea 2”.

Before you accuse me of being a fan boy who worships the original FROM NINETEEN YEARS AGO (!), let me assure you that I am no cheerleader for the original film. I didn’t dislike it. Frankly, it was a fairly standard Renny Harlin action film; it had his handiwork all over it, but I didn’t find any of the characters endearing. Add to that the fact Samuel Jackson leaves the film halfway through. It was just okay, and I even took the time to watch it again before watching the sequel just to make sure I wasn’t having a bad day when I watched it the first time.

I wasn’t; I am just not a big fan of shark films, I guess. “Deep Blue Sea 2” did not help elevate my passion for the sub-genre. 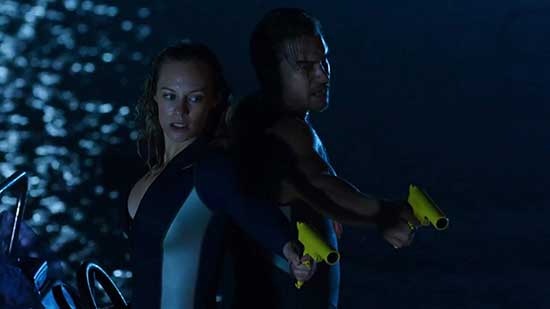 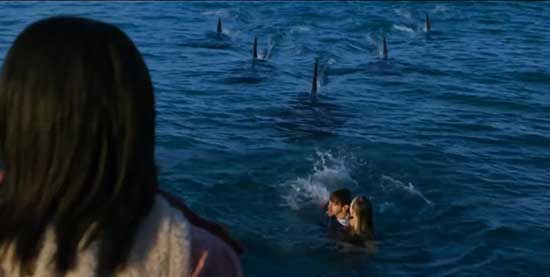 We start with two guys illegally farming shark fins, which are actually rather profitable, but I don’t recommend leaving your day job. In spite of receiving a warning to clear the area, greed prevails just before something large bumps into their boat. This happens numerous times, causing the two hardened seamen (phrasing, I know) to fall to the deck. These two sea-savvy old salts then balance themselves on the very back edge of the boat which is the safest place to be when having your feet knocked from underneath you. <insert huge eye roll here>

They are eaten by bad CGI sharks that seem to swim in perfect formation.

Next, we see a shark expert teaching a very small class that sharks are simply misunderstood, except for bull sharks which, apparently, are the most vicious and unpredictable sharks out there. (Guess what sharks chase people in this movie?) Our rather attractive shark expert is approached by a guy with all the charm of a bag of broken glass being slammed into your face; he wants to extend an employment offer from the very wealthy head of an international pharmaceutical corporation. Instant distrust from the scientist. Don’t expect this to change. In fact, it is little more than catering to the social justice warrior movement as she rages against the animal testing, “Big Pharma” greed, and typically male raping of Nature, goodwill, and everything else warm and fuzzy, yet her cleavage gets worked in whenever possible.

It seems that Mr. Durant, the pharmaceutical king, wants to create intelligence-boosting drugs. For the fame? No. For the money? No. To save Mankind from the coming AI revolution that will make Man pointless? Why else? But to harvest the chemicals for this wonder drug, the brains of bull sharks need to be expanded. Yippee! Sentient garbage disposals that can play chess better than I can. 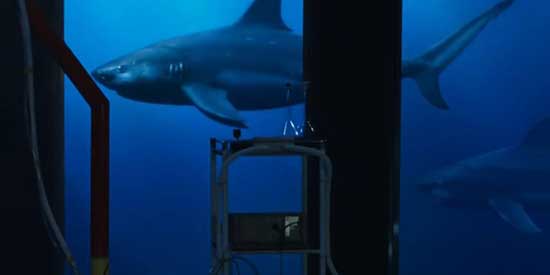 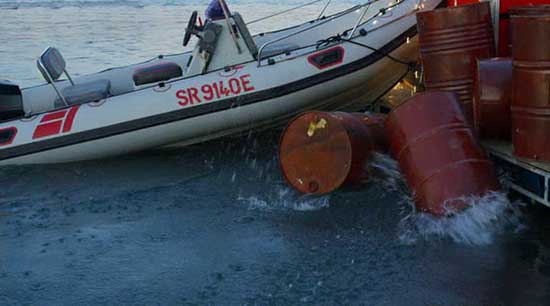 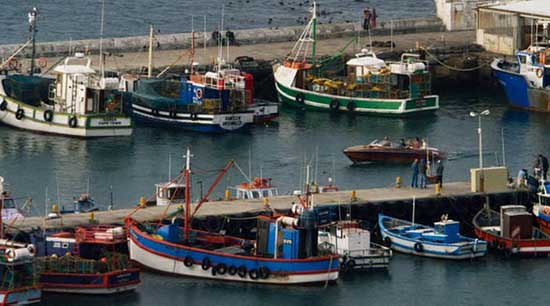 No need to worry. Mr. Durant assures everyone that his facility is failsafe. Really? The original film had an above-the-water compound that covered a few acres with actual steel and concrete materials. Durant’s topside location looks like Goober and Gomer built it out of wreckage, and it resembles a low-rent refueling facility that would be hidden in a swamp. For Christ’s sake, the whole damned thing is made of wood, and they have 55-gallon drums of fuel stored on it. Next to the power unit for the whole facility.

It doesn’t take much to realize that Durant is nuts, and that the super-smart sharks will hunt the humans, especially after one is able to read Durant’s lips when he tells another character that he intends to kill the sharks once he has the proof he needs. So, the bulk of the film sees these characters wander flooded hallways made of interchangeable modular units as the sharks take WAY too long to eat these idiots.

If you’ve seen the original, then this film probably sounds similar. It is. But imagine the struggle to reach safety from the first one being boiled down to little more than a slasher flick with sharks as the killers, and a budget that looks like it was spent mostly on catering considering the sets are subpar (yes, one even moves when characters bump into the wall) and there isn’t anyone with a readily recognizable name or face in the cast.

Other reviewers shredded the film for being a pale remake of the original. Fair enough. Even without knowledge of the first film, “Deep Blue Sea 2” tanks simply because it is a bad movie. Yes, it steals from the original without hesitation, but those are actually the highlights of a film so mired in a scheme so ridiculous and with characters so shallow and disposable that it boggles the average mind that this film ever moved beyond the idea stage. You know the film hits bottom, full stop, when an entire multi-million-dollar underwater facility is compromised because a damn inflatable boat bumps into the facility power source. On the surface. On a cheap wooden platform. WITH UNSECURED FUEL STORED RIGHT NEXT TO IT!!!!!

Why did Warner Brothers decide to foist this wreck of a film on the world? Hell, if I know, but since they have, can we all just forget any more sequels now? If the reception of this unwanted and unwarranted “sequel” rings some bells in the empty heads at Warner Brothers, let’s hope that they throw their time and limited funds at an original property next opportunity.