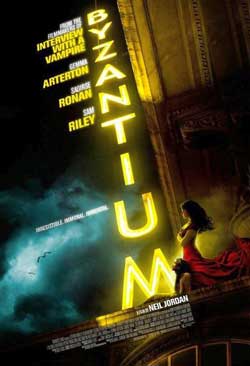 Two mysterious women seek refuge in a run-down coastal resort. Clara meets lonely Noel, who provides shelter in his deserted guesthouse, Byzantium. Schoolgirl Eleanor befriends Frank and tells him their lethal secret. They were born 200 years ago and survive on human blood. As knowledge of their secret spreads, their past catches up on them with deathly consequence.

It’s not surprising that Byzantium closely compares with the vastly popular Interview with a Vampire, considering that the same director, Neil Jordan, helmed ultimate duties for both. However, this time the vampire tale doesn’t include heartthrob actors and instead surrounds a mother and daughter, one of which fully embraces the fate and the other holding tight to compassion and choosing victims accordingly. 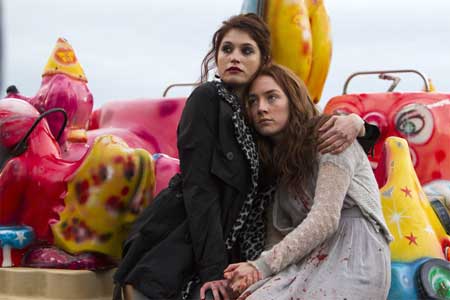 Saoirse Ronan is Eleanor, a 15-year-old vampire who has lived for the past 200 years. Gemma Arterton is her protective mother Clara, also a vampire who has an even longer sordid history as a harlot.

The tale begins with Eleanor narrating her plight as she writes page after page of her deepest and darkest, a way for her to basically express feelings. However, enclosed are lethal secrets that could destroy them both and thus, after written, they need to be abolished and so, while standing at the window of her third story apartment, she proceeds to tear sheet after written sheet, crumpling them and tossing them to the wind.

Noticing a kindly old man finding them and taking a seat on the stoop to read, she ventures down and meets him. The man explains that he often finds these scraps lying about there and assumed that they had come from somewhere above; from the building. 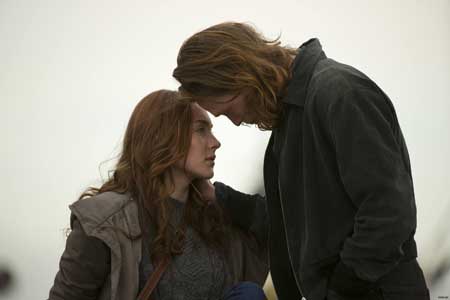 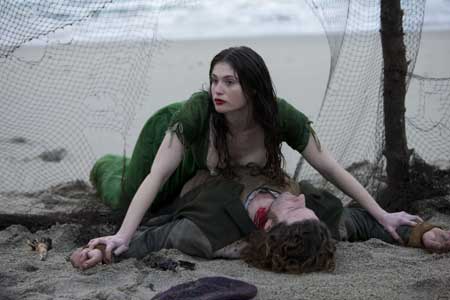 Unsure whether to be fearful or not, Eleanor agrees that they are merely scraps and begins to read her words out loud. The old man isn’t stupid and begs to differ, implying that there is a story there. He invites her to his apartment, a lonely squalor of a place since his wife had passed.

As most are aware, a vampire must first be invited in before they are allowed and able to cross the threshold and once again, the universal rules apply.

Having read her tales for some time now, the old man realizes what she is and he has a motive. With his life nearly depleted and the love of his life gone, he sees no reason to carry on and wants Eleanor to send him on his way. This is when the viewer sees how Eleanor both feels and feeds. She is nothing of vicious lore, instead harboring compassion and viewing herself as some sort of dark angel that aids in sending aged folks who welcome and desire death to the afterlife.

Concurring, using her sick pointed and tremendously sharp thumbnail as an instrument of death (nope, no fangs this time fans) and slices open his wrist vein to gently drain him of life’s resource. 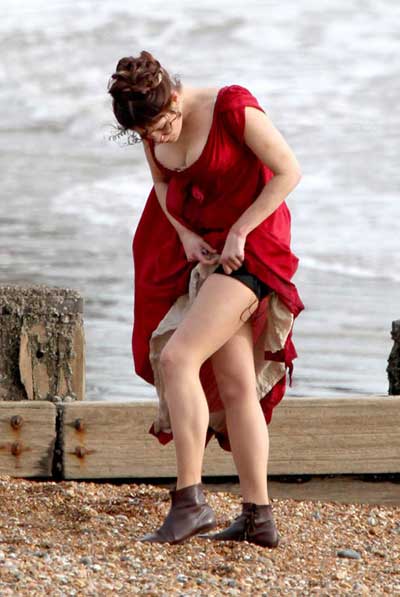 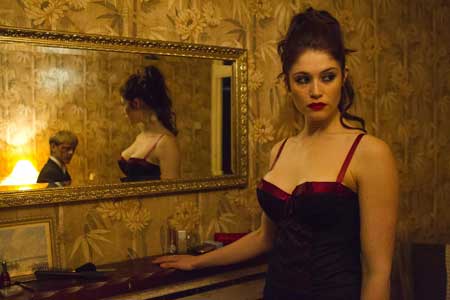 But, her actions were far too close to home and Clara knows what’s in store if they remain. Clara lights the room ablaze to destroy all evidence before the authorities, or even worse, find out what occurred, and the two quickly relocate.

Noel (Daniel Mays) is a lonely and depressed soul who has recently lost his mother and become the sole proprietor of her deserted guesthouse Byzantium. A chance meeting with sexy Clara lends to opportunity and immediately both mother and daughter take up residency there. Not long after, harlot madam Clara transforms the building into a successful house of ill repute. Of course, Noel doesn’t especially like the situation, but having taken a liking to Clara and welcoming the companionship, he overlooks.

Eleanor settles in and begins school, where she meets and befriends somewhat outcast fellow student Frank (Calab Landry Jones). After being assigned to write an essay with the only requirement being that it must be true, she once again begins to write. However, instead of turning the assignment in, she gives it to Frank to read, thus, trusting him with her secret.

Frank reads the well written fantastic piece and is compelled to give it to their instructor Gareth (Warren Brown), who in turn views the writing as similar to a masterpiece, comparing it to the likes of Poe and Shelley when showing it to colleague. The conflict is that it was supposed to be a truthful story and this tale reads like fiction. The colleague, concerned for Eleanor’s safety, threatens to expose if Gareth doesn’t pursue adequate answers.

Aware of Frank’s actions, Eleanor grows fearful and turns her back on him. But, it is too late; Frank has already fallen for Eleanor and in an attempt to regain trust, discloses his deep secret, being stricken with a fatal disease.

A visit by the instructor informs Clara that her daughter has once again possibly exposed them and she destroys the instructor. However, it is too late as media reports of the prior crime (the old man) have alerted the ruthless Savella (Uri Gavriel), the ancient patriarch of a chauvinistic cult who must strictly follow archaic rules, as to the two’s whereabouts and they must be destroyed.

But before the cult can fully hone in, the film edicts one final ardor act as Eleanor, being the sole invitee to Frank’s birthday party, offers him a gift, the map indicating a secret location where vampires were originally created.

And the chase begins…

Will mother and daughter survive? What will become of the map?

Filled with opportune flashbacks tightening up the tale, this drama lacks both horror and action and is actually a somewhat sad tale of maturity under the realization that you are cursed and will never find your soul. On the other hand, the tale does harbor some believability, unlike the twilight series, and while love may be a constant overtone, gives full credibility on one perceived origin of vampires.

Overall the tale is told quite well. But, viewers be forewarned, this is not your typical vampire horror flick. There are no fangs, crosses or garlic, no coffins or castles, no throats being torn apart and no victims being stalked in the dead of misty nights and this is probably why the film appeared to be relatively unsuccessful. After all, nobody likes nice vampires unless they’re named Edward.

Nonetheless, let’s give credit where credit is due. The locations and settings are well thought out, the acting and dialogue is better than usual and if it’s a tale of perseverance and acceptance; a tale of a mother’s love for daughter; a tale of a fifteen year old girl frozen in the 18th century conflicted and struggling with vampire angst, then Byzantium is the film for you. 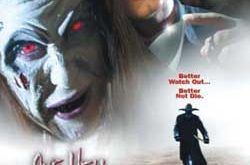