A young woman befriends a lonely widow who’s harboring a dark and deadly agenda toward her.

Greta, a 2019 release that drew a short theatre run before heading to home viewing was in fact a pleasant surprise. I often like to point out right away upon the reviewing of new releases whether the film was worth it’s weight as a suitable horror film to invest time into. The short answer here is, yes

Important to point out right out of the gate, is due to I wasn’t particularly thrilled with it’s marketing in the form of posters and trailers. Collectively they presented sort of as hum-drum resulting in my own reluctance as to whether I wanted to even give it a chance. With that aside, let’s move onward with the positives of this film, which I found to be many.

Greta, is a film that borrows from past influences such as Fatal Attraction, Single White Female, Misery….and a whole slew of obsession behavior films we’ve seen hit the market over the past decades. That in itself is not a bad thing as long as the film offers different elements to contribute to the obsession-horror genre of movies that have arisen.

Our key actors here are Isabelle Huppert and Chloë Grace Moretz. Chloë Grace Moretz, a fine young actress who has had quite a run of films to her name, does a great job as the victim here (going by the character name of Frances McCullen). We believe her struggle, her honesty, and her trauma. Which is very important to make this all work. On the flip side, the antagonist side, we have actress Isabelle Huppert who plays the role of Greta Hideg.

The film offers a simple idea that stems into several unique factors. Part of these factors rest nicely within a general compassion/love hate relationship with Greta, the film’s key dark figure. Now, I decided that going into this review, I would do my best to not present spoilers while still trying to present the intent of this film, while also a few key observations.

Greta Hideg is an older lady who has become co-dependent on having a mainstay in her life. Loneliness is a huge factor to this film which focuses almost entirely on this loneliness and the need to “acquire” companionship. While she reveals some aspects of her past, being a widow and a estranged family it is only discussed enough to bait the direction of her intentions. Here intentions again, acquiring companionship.

Frances McCullen is a young waitress getting her start in life and trying to make ends meet. Her job and studies seem to consume most of her time in between occasional outings with her roommate/best friend Erica Penn (Maika Monroe). Erica while a bit more of an extrovert than Frances does her best to console, offer advice, and provide friendship when needed.

Frances who we believe to be good hearted and grounded, let’s her nature prompt her to do the right thing when discovering a lost item. This leads the story to the introduction of Greta Hideg. Now so far, so good, any viewer would guess where this meeting ends up leading ( to per the title and presentation of this film). However the story here is to introduce darker intent which begins the obsession theme.

I will say that actress Isabelle Huppert nailed it in this department. Really, it’s hard to be so compassionate and friendly while also pulling off a direction that is intended to change the audiences viewpoint. Huppart grabs the spotlight here in this area which pays homage to past like-film accomplishments in this area (aka we all loved Glenn Close till she became that psycho love interest in Fatal Attraction).

Frances senses misdirection especially after a discovery in Greta’s house. This fuels the turn for more horrific direction. All is well played out here providing moments of creepiness that really feel genuine both from Greta’s and Frances reactions. For most of the 2nd act, we at odds with feeling compassion and disturbance. To me this was the movie’s finest moments.

Now upon completion of this film, I would guess that some may find the closer to be somewhat of a disappointment. I will argue here that the closer appeared to me to offer explanation to what happens next. Which I would imagine there may have been alternate endings that satisfied the typical “expected ending”, thus leaving its audience with a mental let down. I was actually relieved that there was a dialoged outcome combined with a “what if” visual. This, while perhaps somewhat of an anti-climax was the right choice. In fact you have to ask yourself, would you have been happier with the expected A-Z ending or did it plant a seed for your imagination to fill in the blanks?

Fair enough?
Greta felt like the kind of film I would equally enjoy watching again. So for the record we found it compellingly tense and dramatically engaging! 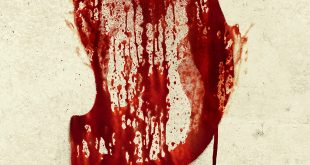