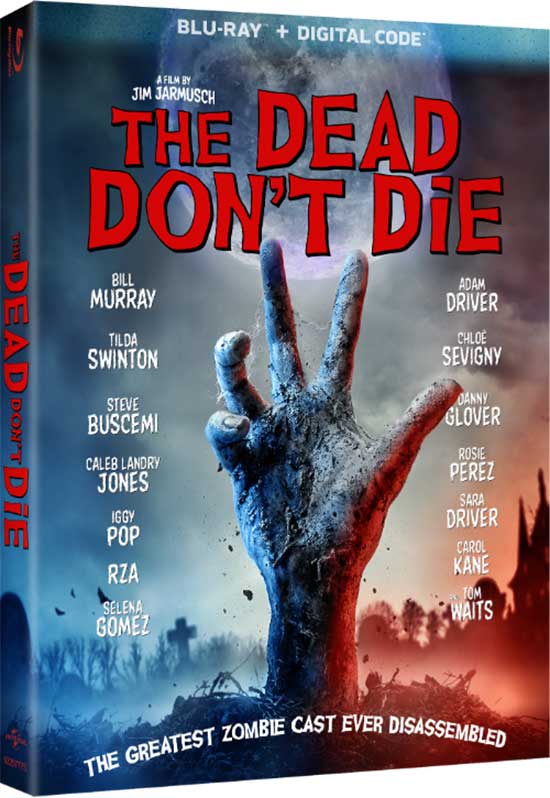 The peaceful town of Centerville finds itself battling a zombie horde as the dead start rising from their graves.

REVIEW:
A zombie film unlike any you’ve seen, “The Dead Don’t Die” is the latest in a line of new zombie films to entertain for 2019. Masterminded by writer and director Jim Jarmusch, “The Dead Don’t Die” is probably the most melancholy horror zombie film I’ve ever seen. Now take that statement with a grain of sand because it’s a subtle dark humor that is unlike other films of its genre. Actor Bill Murray plays Chief Cliff Robertson, who’s monotone performance provides a slow grind highlight to the movie. Joined by co-stars Adam Driver as Officer Ronnie Peterson, and Chloë Sevigny as Officer Mindy Morrison, you would swear that this film was written by the Coen Brothers. 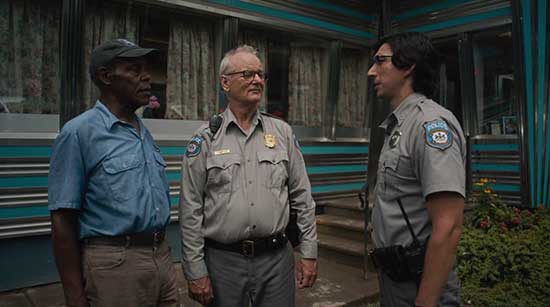 Yes, slow grind is exactly the style that Jarmusch intended with this movie. The story is kept simple about a small town called Centerville that finds itself swarmed by the un-living awakened by a shift in the earth’s axis. We get some of the background story per tabloid headlines and TV clips suggesting that the world may indeed ending resulting in all sorts of disasters and unnatural occurrences. Meanwhile in the town of Centerville, life goes on, slow and ordinary never really seeming to go beyond the quiet and boring existence of the townsfolk, who like many of us, are knee deep in their social issues and neighborhood dramas.

With 1 diner on hand, a small police station, and the comfort of a quaint town that provides every day life for these rural residents, things begin to rustle up when the dead start to re-emerge from their graves. Though the zombies of Centervile have other intentions beyond just the typical need to feed. They emerge still bound to their early desires left behind such as: coffee drinking, tennis, cell phones, binge shopping and whatever simple life obsessions they left behind.

As the town transforms into more walking dead than living, folks are attacked, bitten, and infected. This creates a new reality of a flesh eating corpses takeover. 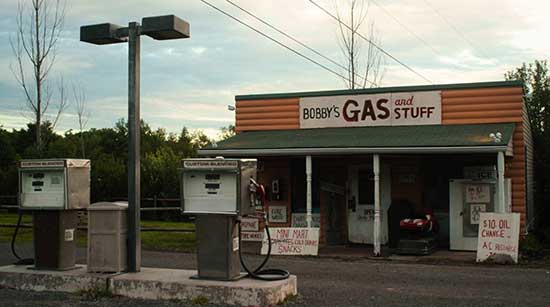 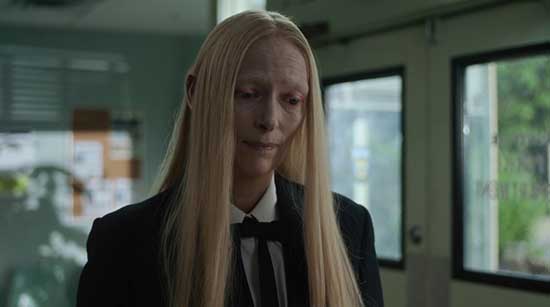 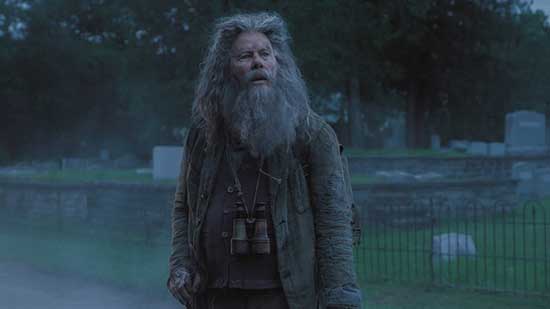 Cliff remains calm as him and his law enforcement partners adjust their routines to now include executing anything that was dead returning back to life. It’s an almost purposely bland script designed to entertain thru very subtle reactions and realizations. Bill Murray who’s acting performance is quite noted for his ability to stay neutral, leads the pack as him and his cohorts reacteb and exchange with the locals.

Featuring a rather stellar cast of actors, the film never really gets un-interesting even when purposely designed to do so. Danny Glover as Hank Thompson keeps his cool as he is subjected to the blatant non political views of his neighbors, while Scottish Zelda Winston played by Tilda Swinton comes to the aid of Cliff and his gang thru her samurai sword-wielding chops. 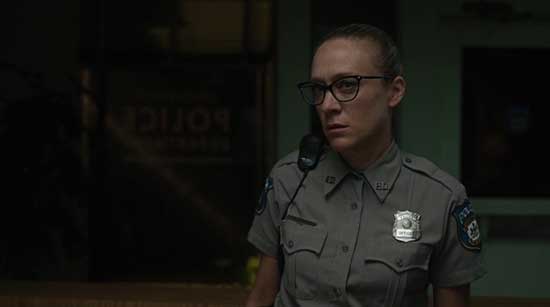 Though what really shines here is the obvious subtlety approach combined with dark humor set against a backdrop of violence and mayhem. “The Dead Don’t Die” has a cult-film-right-outta-the-gate feel that is entirely intentional. This is further reinforced by the usage of what they call “Breaking the fourth wall”, where Adam Driver admits knowing things about the actual movie script in advance and proclaiming, “things are going to end baldly” throughout the film. It’s well interjected against the fictional elements and an ongoing soundtrack theme song that seems to keep appearing throughout the film called “The Dead Don’t Die”. 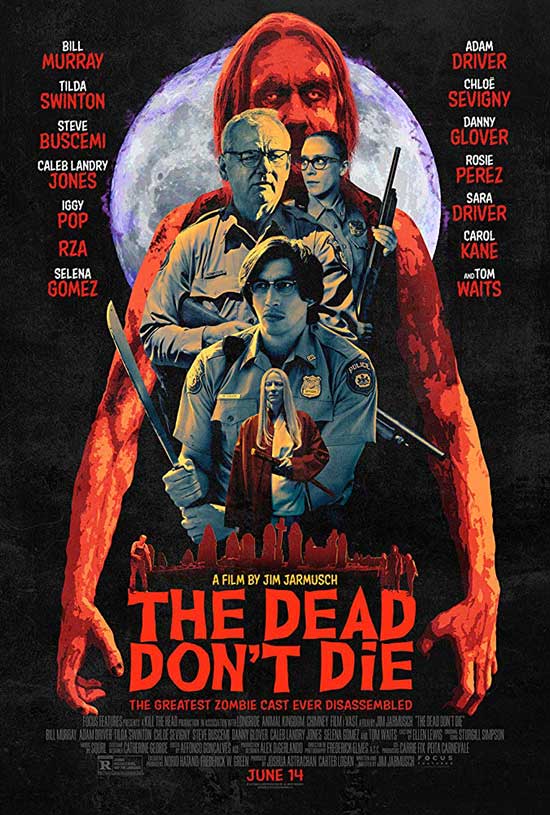 What I really enjoyed was actor Zelda Winston who was basically representing a blatant mockery of her prior film roles, (accent and all). This plays perfectly against the united team effort of Bill Murray, Adam Driver, and Chloë Sevigny who all seem to be stuck in a “Fargo” quaintness reality (that you expect Barney Fife to come walking in any second).

Unique, simple, and yet highly effective, “The Dead Don’t Die” works as an unexpected bound-to-be-cult entry that follows in the same path as films like “Napoleon Dynamite”. I would expect that because the mash-up here is a but bizarre, that not everyone will share my enthusiasm. However keep in mind that films are created for mixed experiences, and this is one film that delivers just that.