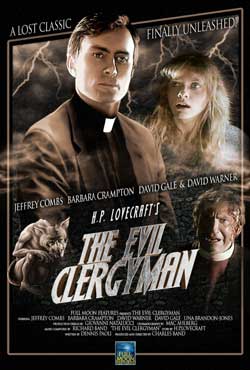 In 1987 Charles Band directed Pulse Pounders, an anthology film comprised of three 30 minute sequels to the biggest hits of Empire Pictures: H.P. Lovecraft’s The Evil Clergyman, a Trancers sequel, and a sequel to The Dungeonmaster. Pulse Pounders was shot and edited in 1988 before circumstances prevented it from being released. In addition the original 35mm negative for the 3 episodes has never been found. For the last 25 years, fans have been excited to see any footage from this lost treasure. In 2011 a Pulse Pounders work print on VHS was discovered. Charles Band and a team of digital experts have been working for the last year digitally restoring it.

Back in 1987-1988, Empire Pictures produced an anthology film entitled Pulse Pounders. An intriguing concept, it consists of half hour mini-sequels to three of their hit films: Trancers, The Dungeonmaster and Re-Animator. While the former two are (reportedly) direct follow-ups to their respective films, Re-Animator instead receives a “spiritual” sequel. It comes in the form of another H.P. Lovecraft adaptation, The Evil Clergyman. 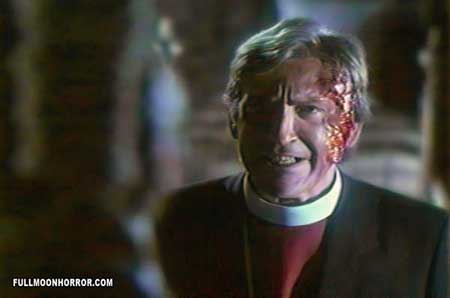 Even more interesting than the concept is the fact that Pulse Pounders has never been released. The 35mm negative went missing before a final cut was approved, so the long-lost film was never seen in any capacity. All these years later, however, a VHS tape of the workprint was discovered by the folks at Full Moon Features. They digitally restored The Evil Clergyman and are now releasing it on its own. Given the source – a VHS from nearly 30 years ago – the picture looks shockingly good. Sure, it’s not DVD quality, but it’s perfectly watchable. 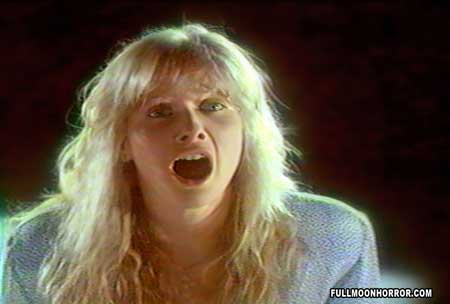 The Evil Clergyman brings back many familiar faces from Re-Animator. In addition to stars Jeffrey Combs, Barbara Crampton and David Gale, the film also reunites writer Dennis Paoli, cinematographer Mac Ahlberg and composer Richard Band (whose pitch-perfect orchestral score is actually a new addition). Noticeably absent is director Stuart Gordon. Instead, Charles Band helms (as he did all three segments), and while nothing is wrong with his direction, I can’t help but miss Gordon’s touch. Lovecraft’s esteemed literary work is not easily adaptable to the screen, but Paoli has proven himself better for the job than most. 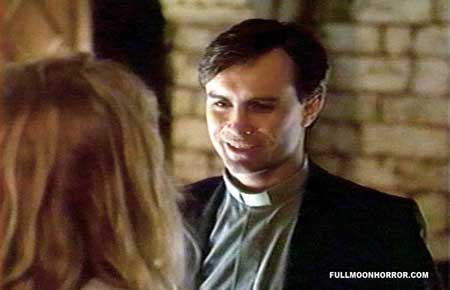 Said Brady (Crampton) returns to the ancient, castle-like the home of her lover, Jonathan (Combs), who recently took his own life. Brady is there to make peace with her loss, but she soon finds that Jonathan still inhabits the residence. During his time as a mortal, Jonathan was once a priest who had affairs with women who turned up dead soon after. He was also a scientist of sorts, using rats as his subjects. The result of his experimentation is a large rodent described as a “beast with a human face” (portrayed by Gale in a rat costume on oversized sets). Brady must face both of these dark secrets at once. David Warner (The Omen) plays the titular bishop, who holds a grudge against Jonathan. 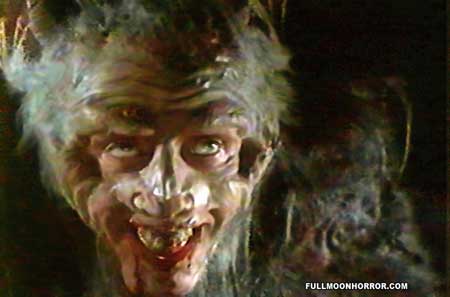 The Evil Clergyman is a must-watch for any Re-Animator fan. It doesn’t quite live up to Re-Animator (nor its other spiritual follow-ups, From Beyond and Castle Freak), but it’s still an entertaining slice of ’80s cinema. The wonderful atmosphere simply cannot be replicated. I’m interested to see how the other segments compare; Full Moon plans to release the Trancers segment next. Although I’m still a fan of Full Moon, The Evil Clergyman takes us back to a time when Band and company put more effort into the productions – and, as a result, created superior products.