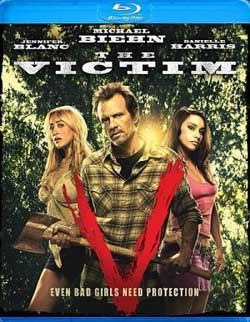 A man lives alone in a remote cabin and is surprised by his visitors.

Michael Biehn has been a force in the entertainment industry for many years and is certainly no stranger to the horror genre. Of course, his performances in Terminator and Aliens are memorable, but he has also admirably dipped his toes in more low budget independent genre films such Cherry Falls and more recently Bereavement. It is obvious he has a respect for horror and is an actor who can be counted on to give it his all to any performance. So, when word came out that he was going to write, direct, and star in his own homage to grindhouse horror, many fans were excited at the possibility of seeing a truly great product. Add to that the casting of Danielle Harris and The Victim appeared to be a sure bet to be a memorable film. 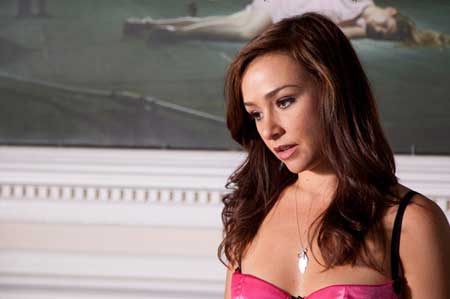 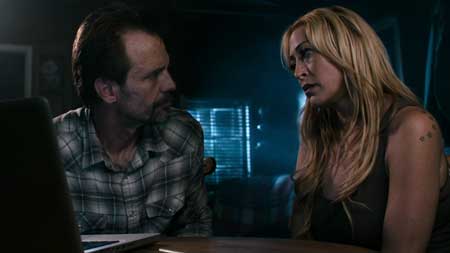 The opening scene is promising; it’s vulgar and sleazy enough to immediately grab the viewer’s attention and creates an effective tone that matches the concept of the film. However, despite the talent involved in the film, The Victim unfortunately does not maintain the level of interest established in the opening. The premise of the film is intriguing enough; a young woman is on the run from two guys who murdered her best friend. 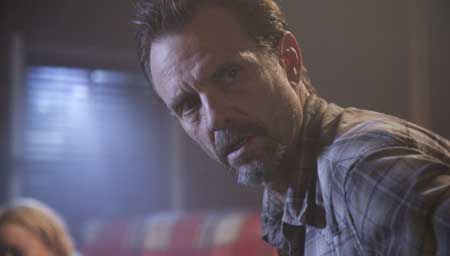 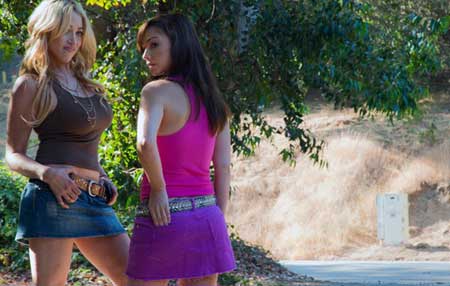 One of the men is a police officer, adding to the complexity of the situation. She ends up at the cabin of a recluse who has tried to escape interaction with other people. Needless to say, the two “bad guys” locate her and chaos ensues. The film attempts to set up tension and mystery by creating a scenario where the men insist that is actually the female who is the true culprit. Who can poor Biehn really trust? Flashbacks from different character perspectives come fast and furious until, during the final frames of the film, it can somewhat be determined what exactly happened and who was truly the villan(s). 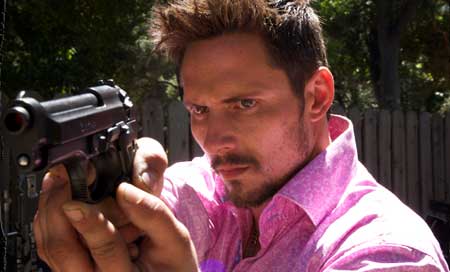 As mentioned, supposedly this film is a tribute to the 70’s grindhouse motion pictures, but on that level it truly fails. It is much too glossy and polished and while there are some moments of violence and gore, there is nowhere near the level one would expect from an exploitation flick wannabe. The script has some truly cringe worthy moments. The acting is decent or at least meets expectations for this type of film, though Danielle Harris is criminally underused. 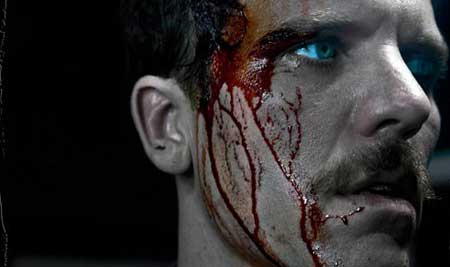 Moreover, the action in the film gets rather repetitive and it does not take risks or throw in any surprises. It plods along exactly how one would expect it to and the mystery is never really truly that difficult to figure out in the first place. Biehn had a good story, but one has to wonder if he was truly able to get his vision for how the final product of the film looked in his mind on paper. A few of the scenes seem out of place and are not fully developed or strongly connected to the main action of the film. Instead of exploring the possibilities that these scenes allow for some interesting sub-plots, Biehn instead resorts to beating specific to death. 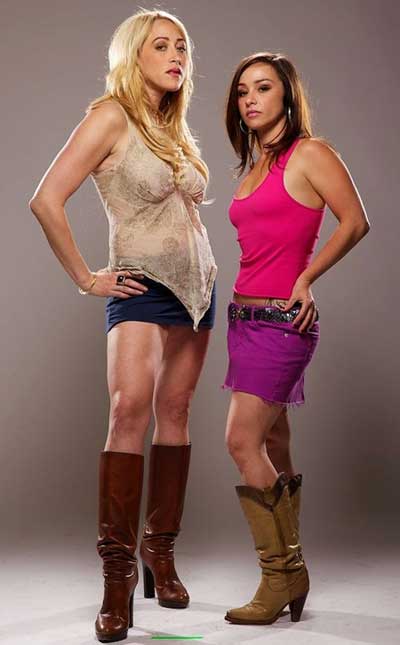 Certainly The Victim is not a bad film. However, with the talent involved one would expect it to be a tad more ambitious and memorable. Instead, it becomes just one of countless direct to video horror films that will be instantly forgotten the second it is ejected from the DVD player.