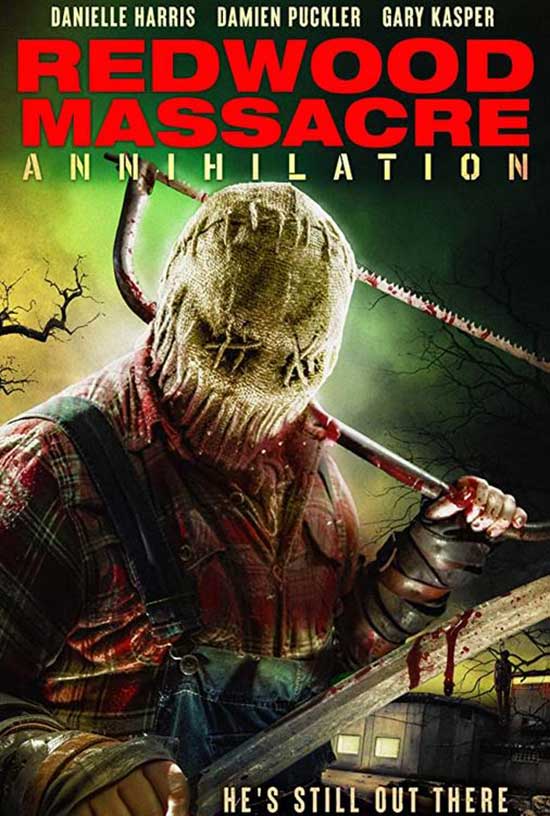 A stranger obsessed with the unsolved Redwood murders convinces a group of bereaved family members to venture into the wilderness in hope of proving the existence of the infamous killer.

Written and directed by David Ryan Keith. Redwood Massacre: Annihilation is a twisted slasher film. It starts off with a massacre, a minor one compared to what happens later. Lots of saws, a chainsaw, and a killer. We meet the man with the woman nailed to a chair in the basement. He has a table full of brutal kill tools, a mask and this poor woman tied up. (Don’t ever get distracted folks. Always be aware of surroundings. #Helpful Horror) 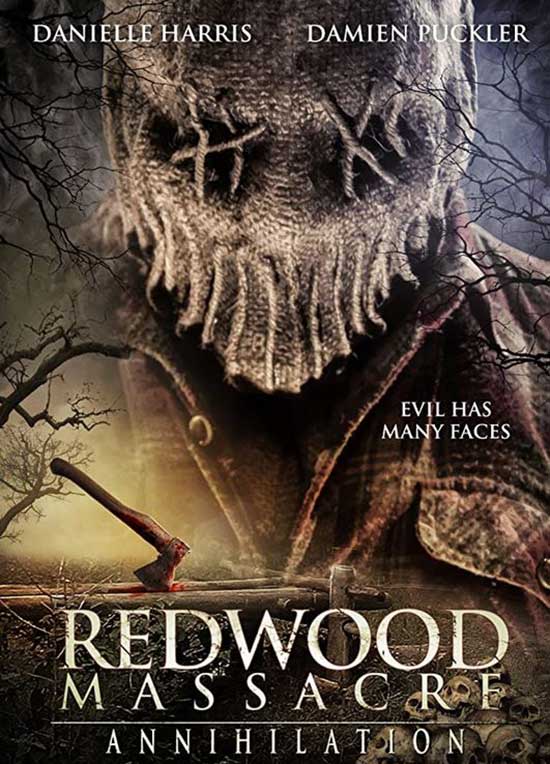 Tom Dempsey, played beautifully by the magical Jon Campling. He wrote a book and he’s giving a lecture. He’s talking about the legend of Redwood Massacre and the survivor. Meanwhile…… Max (Damien Puckler) shows up with the book and he wants an autograph. (Insert MISERY quotes here please.) Tom wants to find the massacre and Max is offering up an insight. He also throws in the “next best-selling” book part. Serial killers sometimes like to see themselves on the news or in books.

Max offers to show Tom a few things. Tom is in a bit of a hurry though. He is reluctant to follow Max but HE DOES.  Jon Campling has been in everything from, Harry Potter and the Deathly Hallows: Part 1. Sleeping Dogs and more. Danielle Harris plays Laura Dempsey. Danielle Harris is a staple in the horror world. She is as much a part of Halloween as pumpkins and trick-or-treating. We meet Laura and she is boxing and kicking ass. Laura is Tom’s daughter. 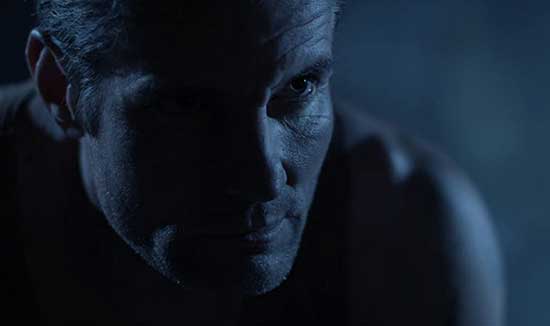 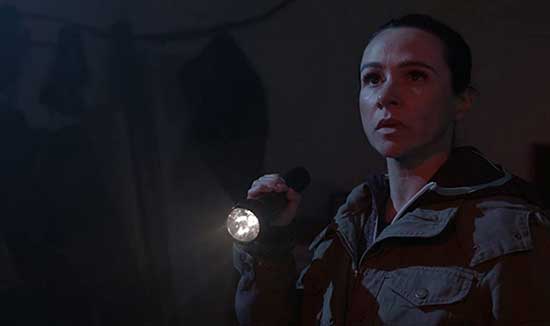 Is Max good? Is he bad? Is he REAL BAD? Damian Puckler (Grimm, Chase, The Butchers) does a good job of playing this character. He makes you uneasy and now he is going out in the woods with Tom and Laura. Laura doesn’t trust Max at all. She also repacked his bag. We meet Jen (Tevy Poe). She is going to traipse through the woods with Laura, Tom, and homicidal Max. Gus (Gary Kasper) is the protection even though Laura kicks the shit out of him.

Danielle Harris (Halloween 4: The Return of Michael Myers, Halloween II (2009), Don’t Tell Mom the Babysitters Dead, Victor Crowley) is kicking ass in this movie. Max looks a little disturbed but not too upset. They are trekking along. There are more campers in the woods. Gus is concerned about this. They come across a military base and it’s underground. Laura goes to check it out and the one door locks itself. Gus comes to the rescue. “This is a bad idea.” YES, IT IS! The editing is great. There are great shots in this movie. So far it appears that they wound up in the killer’s lair. Bloody clothing, photos, old dolls, you know things that would be in a killers lair. Benjamin Selway does such a good job playing this vicious killer. 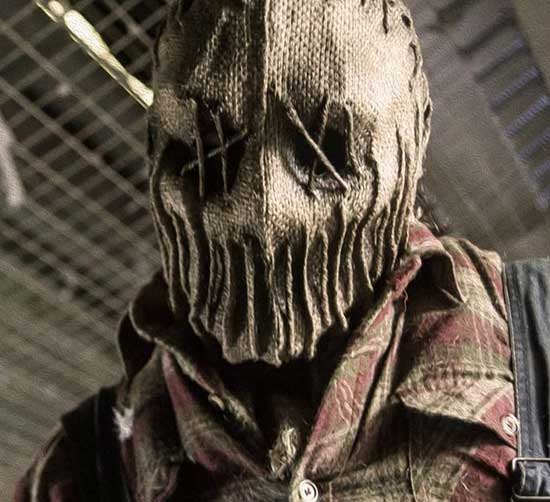 Gus, Laura, Jen, and Tom are all inside now and someone closed the door that locks. Oh, and Max is missing, what a surprise. Max is offering up gifts. Wait? Okay, there is a slasher twist. Now, will Gus be enough protection. Okay, now the Redwood Massacre makes an appearance. Benjamin Selway plays the “Burlap Killer.” He kills as soon as he returns. (I think that gentleman would have passed out from that.) Redwood Massacre: Annihilation isn’t just blood and gore. The special effects are well done.

The buildings they are in, look cool. The darkness and different shots. Laura finds something intense. (So much is happening and Jon Campling’s hair still looks great.) It isn’t a military base, it gets creepier. Jen goes off and looks around, looks for Max. They shouldn’t split up but what are you going to do? There are all sorts of creepy stuff in this underground place. Gus gets the lights on, well some of the light. Oh great, they found a trap door and when the lights come on, a woman shows up. She takes off as fast as she showed up.

Redwood Massacre: Annihilation is creepy and a slasher/supernatural film. Max and this Redwood Massacre Burlap killer are hard at work. The kills are brutal. Laura is trying to get the mysterious lady to talk. You would think after all this strange stuff happens; they would get out of there. The massacre is wicked. (Jon’s hair is still looking good, despite being chased by a killer.) Laura does some taunting and has to kick some more ass. Quite a twist, Redwood Massacre: Annihilation was a fun movie. Make sure to check out REDWOOD MASSACRE: ANNIHILATION.