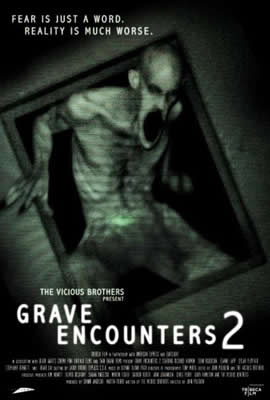 As film student Alex Wright (Richard Harmon) becomes obsessed with the film Grave Encounters and the disappearance of its cast, including Lance Preston (Sean Rogerson), he begins receiving contact from from an unknown blog follower, “Death Awaits 666.” The more Alex uncovers about those events, the more he wants to film a documentary about the hospital and the doomed show. After convincing the reluctance film crew and cast of his student film (Leanne Lapp, Dylan Playfair, Howard Lai and Stephanie Bennet) to shift focus from their horror film short from its fictional slasher story to a student-documentary about Grave Encounters, the group travels to Canada to visit the haunted site. Once inside, they find more than they bargained for from the appearance of more ghosts and demons, to the reason behind Alex being summoned to film at the hospital to the final fate of Lance Preston.

The Vicious Brothers return to produce and script Grave Encounters 2 while turning the directorial reins over to John Poliquin. The Vicious Brothers take a meta looks at the first film wrapping an entertaining and exciting plot around the concept that the events in Grave Encounters may have actually happened. Poliquin maintains the approach, look and feel of the original Grave Encounters but layers in his own style and imagery. He manages to make the film both familiar and fresh. The cast is equally impressive and authentic providing a realism the film requires to sell its meta-inspired film about a film concept. They are believable restrained characters, admirable for their drive while still obnoxious enough to be college film students. The effects are more ambitious in Grave Encounters 2 while managing to remain more controlled and reasonable. Grave Encounters 2 certainly manages to go to bizarre new heights with its effects, but they serve the story far more effectively here than they did in the original Grave Encounters’ conclusion. The biggest surprise in this outing, and its most fascinating development, is the return of Lance Preston, as revealed by the trailer. His role in the sequel is delightfully entertaining bordering on absurd but never crossing that line. Grave Encounters 2 is a solid follow up to the first film, scary, frightening, entertaining and outrageous. 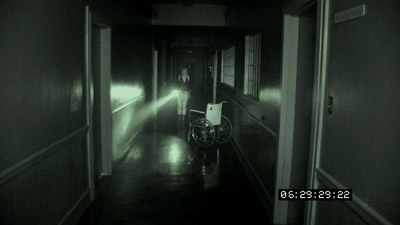 The film begins with a series of online, youtube-style reviews of the film Grave Encounters, ending with a review from the sequel’s lead character, Alex Wright. From there, the Vicious Brothers transition to Wright and his film school friends as they become more and more involved in the events from the first film. The meta approach to the story is a refreshing one, where the screenwriters have the new cast meet the producer who introduced the first film, the mother of the actor who played Lance Preston (Sean Rogerson) and finally Rogerson himself, all to wrap the story under the tapestry of a student documentary film, as if the events of Grave Encounters actually happened. This also allows the writers some freedom on what to revisit in the haunted hospital and what to add to the film in the most extraordinary ways. They revisit familiar rooms and events, the tub room, the surgery room, the entrance-way and the door with “death awaits” sprawled across its panels. And they find frightening new rooms, ghosts and phantasmal contraptions. At the same time, while including wonderfully bizarre new ideas, they manage to create a more restrained story. They manage to do something different while never losing site of what defined Grave Encounters. 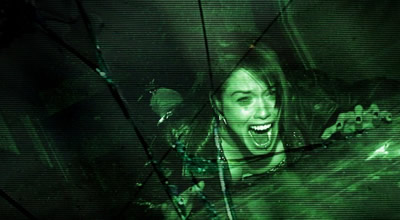 Part of their success must be given to the director taking over for the Vicious Brothers, John Poliquin. His vision of Grave Encounters captures all the style and kinetic energy of the first film. Along the way, he provides glimpses of his own signature style without compromising the look and feel of the original. This is most spectacularly exampled by a series of scenes that represent the slasher horror film Alex and his classmates are working on before shifting toward the documentary idea. Later in the story, when a number of ghosties and ghoulies are chasing our heroes through the halls, the atmosphere is heightened and more supernatural than the previous film, to the film’s benefit. Even the expected scene in the mad doctor’s surgery room has a confidence and execution that highlights the film. 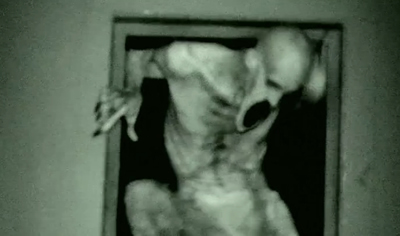 Still their efforts are not without flaws. Where the first film built naturally from a show about paranormal investigators discovering their “work” becoming a nightmare, the second one is broken into to halves. The first half is introduction of the new leads and their transition from curiosity of Grave Encounters to their obsession of it. This section is a mixed bag. A number of the found footage techniques work less successfully as others such as the shot representing a phone recordings. The various methods of recordings becomes jarring. To its credit, Grave Encounters 2 takes its time to develop its characters during this time. However, it also drags on too long. 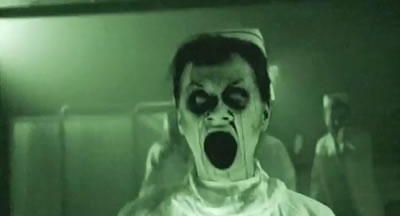 But thankfully, just as the first half begins to wear out its welcome, the characters break into the haunted hospital and the film shifts gears. With the time remaining, the second half is forced to ramp up very quickly. While exciting, it misses the opportunity to explore the location, to build the surroundings. It relies too heavily on the audience’s familiarity with the first film. Grave Encounters 2 segments out its ghosts and demons far more constructively than its predecessor. If Grave Encounters was like a long sprawling staircase, the sequel is like a tightly nit spiral staircase. Then the conclusion manages to be fresh without having to repeat the finale of the original even if some of the camera gags feel dangerously close to another popular found footage film from this year. 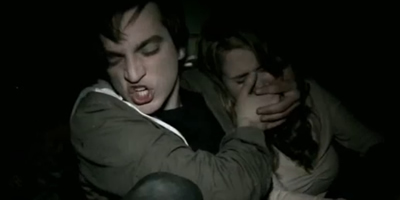 The cast of Grave Encounters 2 is strong, each taking advantage of the time provided to develop their characters. As with the original, seeing the differences between personalities both behind and in front of the camera is amusing. Leanne Lapp as Jennifer makes the most of this, having her character behave uncertain and needy around her friends but awkwardly confident in front of the camera as the documentary’s new host. And then she shifts effortlessly to surprisingly authentic when the scares begin and she has to scramble for her life. Alex’s right hand man, Trevor, is played by Dylan Playfair who becomes the “Hud” of Grave Encounters 2. He borders on obnoxious but his playful, rebellious spirit is welcomed later in the film. He is the perfect balance to seriousness of the other characters, especially considering his brightest moment is a disturbing but delirious heat vision gag. Richard Harmon as Alex is the strongest addition to the film. He plays Alex as confident and obsessed, fearless, determined to make his film. Grave Encounters 2 relies on his story to draw the audience in. While he doesn’t have the sheer charisma of Lance Preston from the original, he displays the promise that his character would grow to be his equal. He is a character coming into his own where Preston was already there. 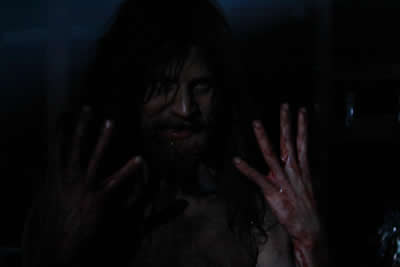 The comparison between Alex and Lance Preston becomes evident when the two finally meet, however Preston is no longer the familiar charming show host. In fact, he’s barely Lance Preston at all. The two play off each other wonderfully. Sean Rogerson returns as Preston and is given a whole new set of rules to run with. Rogerson is a devilish delight in Grave Encounters 2. He pushes the humor and histrionics to the very limits creating a decisively different presence than he had in the original. There is one scene in particular where the old Preston begins to fight for dominance that is the pinnacle of the role, it’s both hilarious and frightening. He gives an inspired performance as if Grant and Jason were possessed by Bruce Campbell and Jim Carey. It is incredibly refreshing to have a such a significant character return is a sequel with the ability to be metamorphosed into someone overwhelmingly familiar but yet nearly unrecognizable. It’s brilliant. 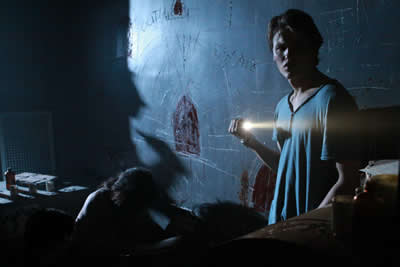 Improving on both the humor and the horror, Grave Encounters 2 is an improvement on the original, dark, demented and out of its mind. A number of the sequences are scary as hell, pulse pounding. The film’s zanier elements are made all the more enjoyable by the film’s returning star Sean Rogerson as Lance Preston. The Vicious Brothers once again prove they are a creative team to keep an eye on, their vein of horror is inventive and exhilarating. Far from perfect, the film drags in its first half and lifts a little too liberally from its inspirations, but the film has an undeniably fun and twisted approach to horror and cinema verite films. Grave Encounters 2 makes the most of its meta-inspired script which amplifies the found footage approach suiting the student documentary film style. It’s a smart sequel, knowing what to keep for its fans and what to add to keep it fresh. A great cast, solid direction and familiar stomping grounds add up to an enjoyable watch, most sequels could be so lucky.