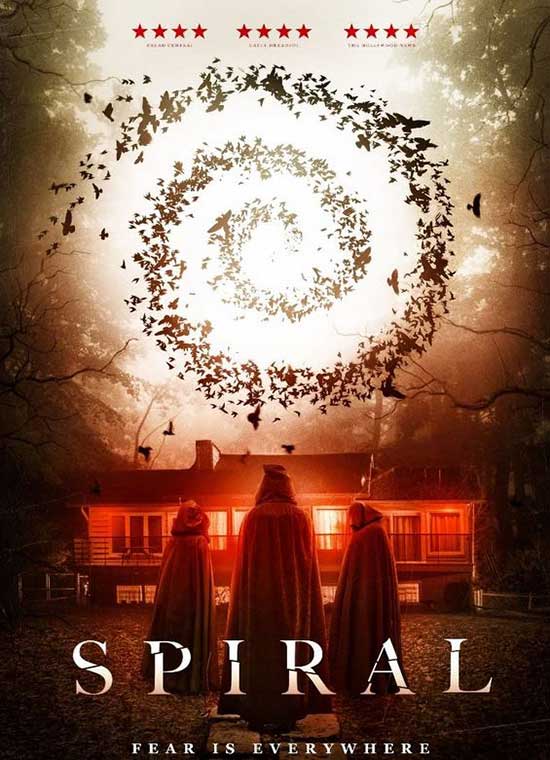 A gay couple and their daughter move to a small town where everyone isn’t exactly who they seem to be.

Spiral, directed by Kurtis David Harder and written by John Poliquin and Colin Minihan, is a wild ride through a tragic backstory, a “quaint” suburban town, and people with lots of secrets. Starting off, I enjoyed the LGBTQ+ representation in this movie. It was refreshing to see diverse characters that were integral to the story. That being said, the fact that a couple of the main characters were gay was essential to the plot line.

In the film, Malik and Aaron move to a smaller town in order to live a quieter life and to start fresh with Aaron’s daughter, who is not happy about moving and the fact that her mom left. From the very beginning we get a glimpse of something sinister. Malik’s former boyfriend was a victim of a hate crime in the past and this incident takes a toll on Malik throughout the entire film. After they start settling into their new home, they meet their neighbor Tiffany who automatically assumes that Malik is Aaron’s gardener which sets the tone for the rest of the film’s events.

Day by day, Malik grows more uncomfortable with their new town. After someone breaks into their home and draws a homophobic slur on the wall, Malik begins to “spiral”. Every neighbor becomes a suspect to Malik and he grows uncomfortable with the cult-like activities that occur across the street in Marshal and Tiffany’s home. His stress becomes greater when he learns about the murders of another same-sex couple who lived there prior to them and as he interacts more with those around him. In the meantime, Aaron’s daughter Kayla gets to know their neighbor’s son and they develop a relationship. Aaron and Malik’s relationship is also strained as their neighbors mess with their heads.

At this point in the film I was overwhelmed with the abundance of information being thrown at the audience. If I am being honest, it was a little too much at times and it was difficult to understand the weight of what was happening in the midst of the chaos. However, the ending was well worth the wait. 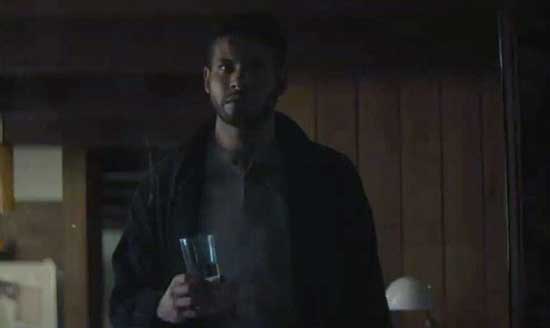 Malik reaches his breaking point as Marshal messes with his head and he realizes what exactly has been happening to him. At the end of the film we are made aware that Marshal and his family, as well as their cult, target and kill vulnerable and marginalized people that come into town and frame them in the murders of their children in order to stay young. Yikes! Before Malik falls victim to his fate, he leaves evidence behind of all of this for the next family to find. 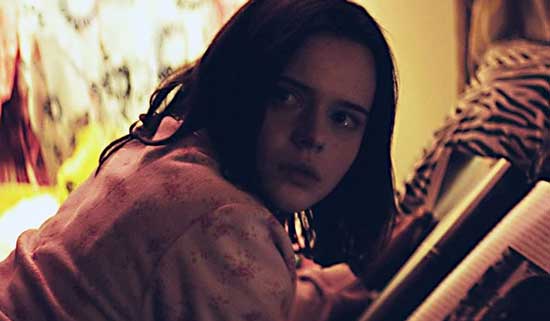 This film was a wild roller coaster to say the least. Although I was a bit confused during some parts, I can honestly say that the third act of this movie saved it for me. It was such an original story centered around fear and prejudice that made me think of things in a different way. The villains of this story are not just those a part of the cult, but also everyone who is prejudiced and discriminatory. This aspect of the film was the brightest to me; it had a lot of layers and really spoke to the evil that can live inside all of us. 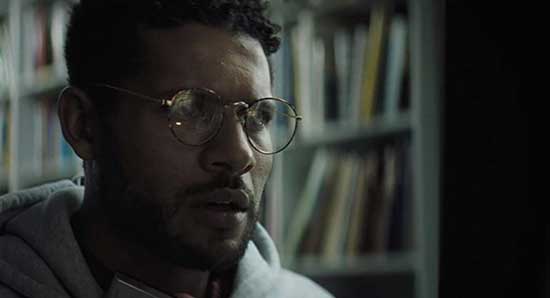 Another bright spot was the performances. Jeffrey Bowyer-Chapman as Malik carried the film and every emotion was raw and on display. Ari Cohen and Jennifer Laporte were also fantastic as Aaron and Kayla, while Lochlyn Munro as Marshal did a great job playing a secretive and convincing villain.

The only negative for me was the convolution of all the different subplots and information. Maybe this was intentional as we slid down the rabbit hole with Malik, but it would’ve been an easier watch if the plot was a little cleaner. 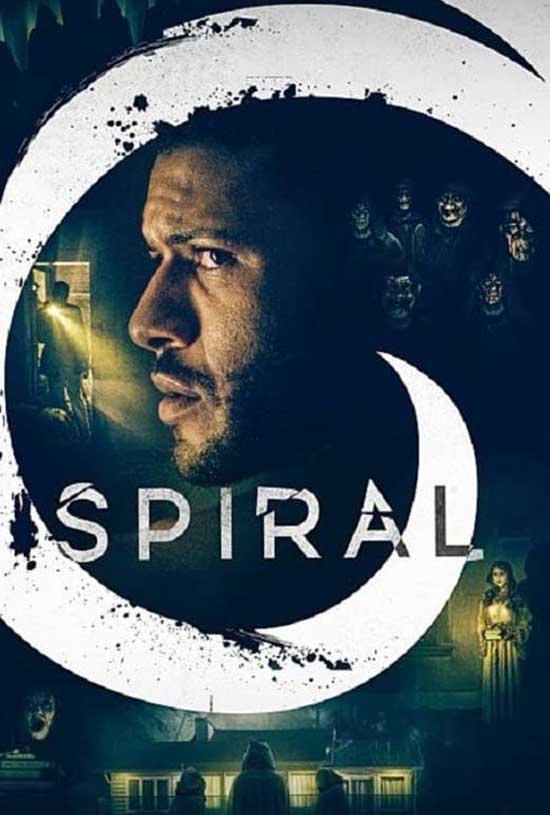 Overall, I really enjoyed this one. The themes and plot of this film mirror our political climate and a lot of what many can relate to in today’s world, which made everything about Spiral scarier. Pair that with the awesome performances and intrigue, and you’ve got a solid movie.