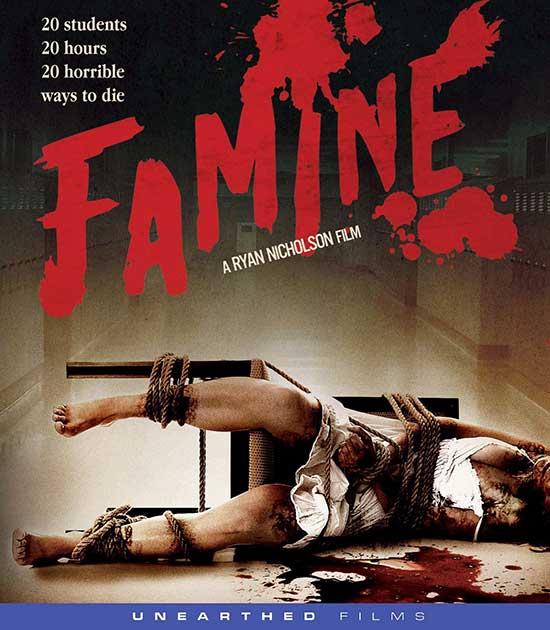 A high school stages a 24hr charity famine five years after an accident at a similar event left a teacher horribly disfigured. As night falls, new teacher Miss Vickers attempts to control her unruly students while a masked figure stalks the empty corridors in search of blood.

This is a great time to be a horror film aficionado: with so many films being released the choice can be almost overwhelming. In this time of plenty, horror fans can afford to be more discerning; indeed, it’s almost essential to be so if you’re not to waste time on substandard movies. But it hasn’t always been this way. For a long time the horror film was the black sheep of the cinema family – apart from the occasional prestige production, horror addicts really had to work hard to seek out the obscure, low budget, independent or foreign titles in order to get their fix. And because comparatively few horrors were getting released, fans tended to be a more forgiving audience. 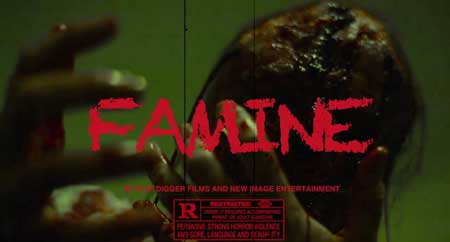 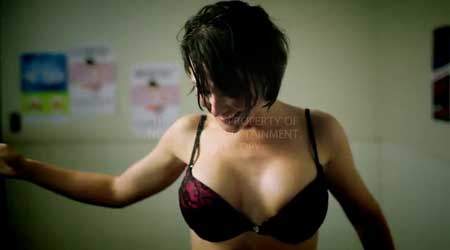 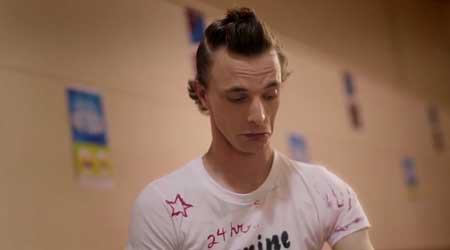 Directors such as Andy Milligan, Jess Franco and the notorious Edward D. Wood Jr were reviled by the few mainstream critics who had seen their work but welcomed (if not actually embraced) by genre buffs. Sure their features were rough around the edges, to say the least, but they had charm and verve and above all demonstrated a heartfelt joy for the art of film-making. All of which got me thinking about who in years to come might be regarded as my generation’s Andy Milligan or the Ed Wood of the early 21st century?

The answer may lie in films such as Ryan Nicholson’s FAMINE. Nicholson is something of an industry veteran in the field of make-up and special effects but a comparative newcomer at directing. On the strength of FAMINE it would be fair to say he still has some things to learn but what I liked about it were precisely those qualities which have endeared many low budget film-makers to me over the years. 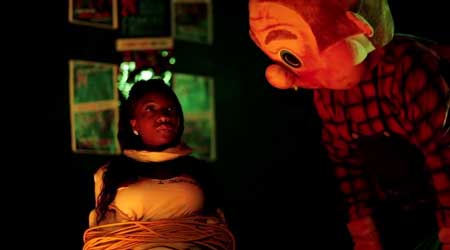 The opening credits tell us we’re at ‘Sloppy Secondary’ and there we meet a bunch of students who are preparing for a 24hr charity famine arranged by sultry new teacher Miss Vickers (Michelle Miller). She is warned by mercurial teen Jenny (Christine Wallace) that the last such event ended with heartthrob teacher Mr Balszack having his face melted off.

As the famine progresses deep into the night, it becomes clear that someone or something is trying to manipulate events to recreate the exact conditions that led to Balszack’s demise five years earlier. A killer dressed as the school mascot begins picking off the students one by one until only those who were present on that fateful night are left. 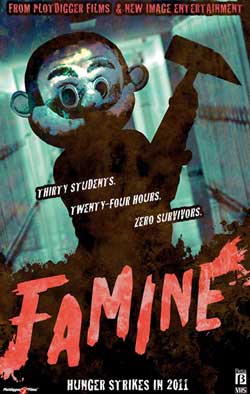 Nicholson has a commendable lack of taste. Horror films are one of the few remaining places in the entertainment industry (another being stand-up comedy) where it is possible to get away from bland, inoffensive, sickly sweet and sentimental material. Without doubt, none of those terms could be applied to FAMINE: the language is industrial strength (we’re talking WITHNAIL & I levels here), the humour is puerile and the detail is frequently revolting. In an ultra-black comedy, which is essentially what FAMINE is, such qualities are priceless. 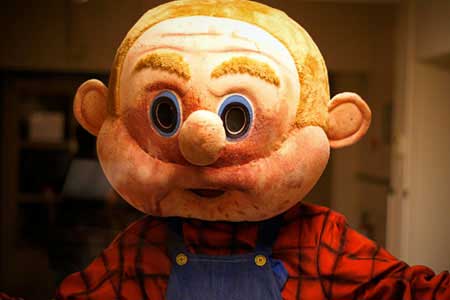 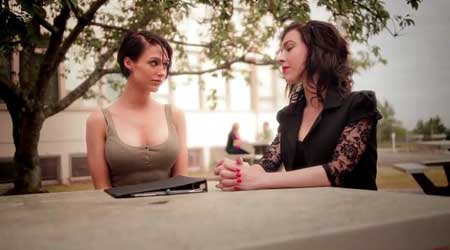 At this school, the people are foul-mouthed, sex-obsessed and lazy – and that’s just the teachers. The students are feckless, self-obsessed and mean spirited, which is hardly surprising considering the role models they have. Now, I’m not trying to claim FAMINE as cutting edge satire but even within the horror genre it’s refreshing to come across a film whose characters are all despicable – there are no heroes or heroines here.

Which is probably just as well because those characters are subjected to some of the most gruesome and well realised death scenes I’ve seen for quite a while in such a low budget movie. If you cared for any of them their grisly fates would probably be unbearable. We get death by chisel, nail gun, scalping, disembowelling and dishwasher, to name but a few, and as a consequence there are absolutely buckets of blood. 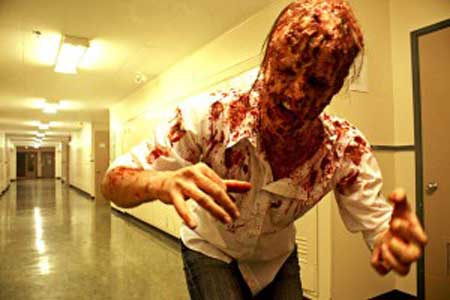 Having said all that, there is always room for improvement. Nicholson’s characters may be refreshingly unpleasant but there’s a balance to be struck. Frankly, 75 minutes in these people’s company was a little too much and Nicholson’s apparent dislike of students, teachers, the disabled, men, women, homosexuals and so on gets perilously close to misanthropy. Similarly, while the outrageous language and bad taste is fun for a while it ultimately feels like you’re being assaulted.

One thing that is pretty much beyond Nicholson’s control, given the scale of the budget I imagine he is operating to, is the standard of the acting. At best it can be described as ‘spirited’, at worst ‘amateurish’. Which may very well be the case actually but if Nicholson has half an eye on moving towards the mainstream he is going to need the help of a better cast than he has here. However, I would exclude Michelle Miller from that criticism: she is sly, sexy and most definitely in charge.

It remains to be seen whether Ryan Nicholson will end up as a fondly remembered hack or as someone whose undoubted talent led to a worthy career. Give FAMINE a chance and it will at least give you food for thought.

Famine (2011) will be available on blu ray per Unearthed Films