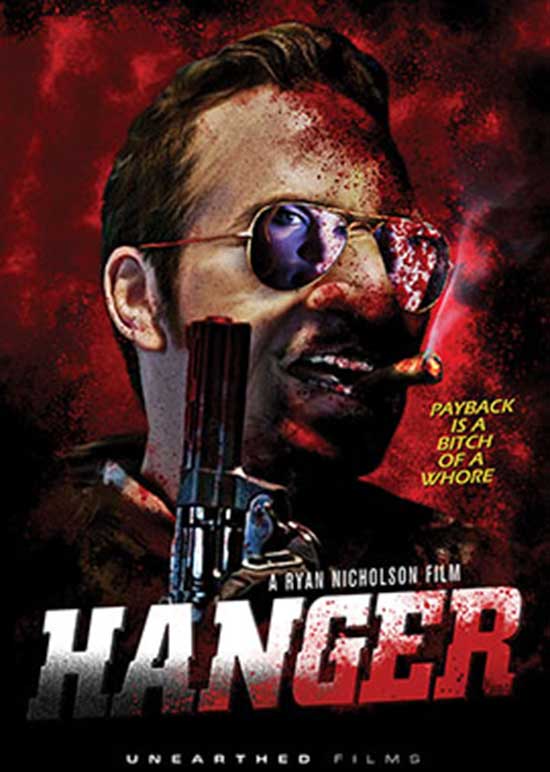 Pulled into this world to take you out! A horrifying tale of revenge…beginning with a back-alley abortion and ending with a bloodbath so vicious that it brings a new meaning to “an eye for eye”. From pimps to dealers, from hookers and junkies…”Hanger” washes the filth away with their own blood, cleaning the streets and making way for the ultimate showdown of good vs. evil. Diving headfirst into the depths of human depravity, Plotdigger Films plans on turning the world of horror inside out and letting it all hang out to dry!

Disgusting, vile, filthy, and depraved are all words that come to mind when thinking about “Hanger”, the new film by “Gutterballs” director Ryan Nicholson. I was repulsed and fascinated all at the same time. I haven’t felt like that since I first saw “Street Trash” twenty years ago. It’s hard for me to fathom having that feeling again. I wanted to laugh but couldn’t, I didn’t feel right. I wanted to root for our heroes but they were horrendous abominations of the human race. And you know what, this is a movie you have to at least watch once because it is really unique. An intense no holds barred revenge film pulled straight out of skid row’s filthiest, sludge drenched dumpster for the world to be traumatized by.

Rose (the always amazing and fan favorite Debbie Rochon) is a pregnant prostitute who just isn’t bringing in the money that her pimp Leroy (Ronald Patrick Thompson) is demanding from her. He brutally beats her and uses a hanger to slice her up and abort her child, even though she is ready to pop at any moment. 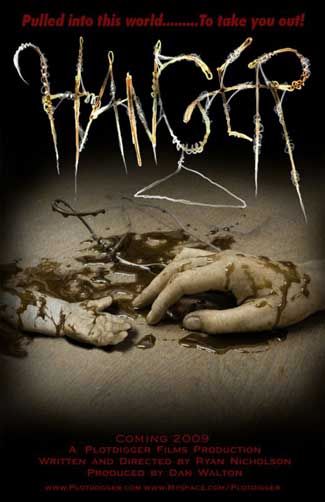 Eighteen years later, the child is grown and hideously scarred by the hanger that aborted him. The John (Dan Ellis) takes Hanger (Nathan Dashwood) under his wing and helps him with a job, apartment, and how to live on his own. The John tells him of his history with his mom and how Leroy was responsible for Rose’s death and his deformity. The two of them want revenge at any cost, further fueling Hanger’s “blood lust” and taking us on our blood soaked ride into the depths of scum. 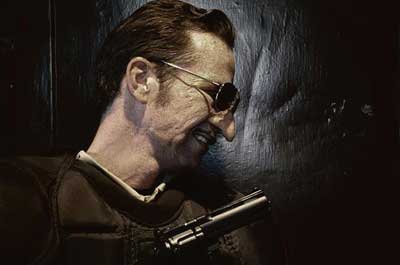 I keep talking about how vile this film is, and it really is, that doesn’t mean I didn’t like it. In fact, as hard as it was to watch at
moment, I thought it was great. There is one specific reason that this film rises above being the trash that it portrays so well, it has heart. And a lot of it. The John and Hanger share several scenes together that, in their world, could be considered tender moments. And these moments are the cornerstone of the film and Dan Ellis, his character was trying to be a demented father figure, turned in a strong performance and was a standout. 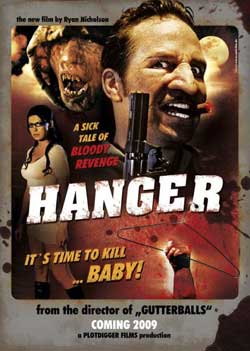 The rest of the cast was strong, if I had a complaint, there wasn’t enough Debbie Rochon. We even have yet another incredibly goofy over the top cameo by legendary director Lloyd Kaufman, president of Troma Entertainment and creator of the Toxic Avenger (sorry, couldn’t help myself). I am a huge fan of revenge films and I can honestly say that I really had no idea where things were going half the time. The characters were all interesting, Hanger’s perverted best buddy Russell (Wade Gibb), Nicole (the incredibly sexy Candice Lewald) the boss’s daughter at the recycling plant, and Phil (Alastair Gamble) the gay rapist. Each have their moments to show off their talents, especially Candice…..if you catch my drift. 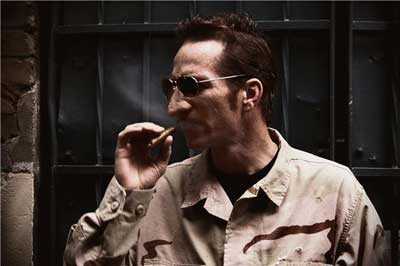 I am not as young as I used to be, I am getting up there, and I have found myself becoming a tiny bit prudish or maybe since I’m a father now, I may look at things a bit differently. I discovered this when trying to watch “Street Trash” a couple of years back, and while I loved it, I couldn’t quite make it through. I may never make it through “Hanger” again, or maybe I will if I find myself alone in the house trying to recapture that feeling of being gutter trash, young and drunk. Ryan Nicholson is a filmmaker with attitude. 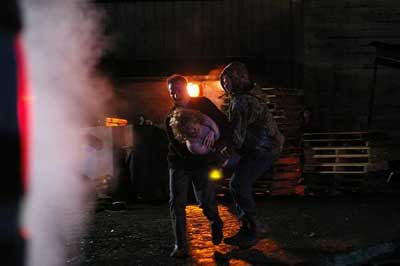 It was fitting to see Lloyd Kaufman, the same type of crazy reckless director with something to say and a passion for making movies. Movies that you will never see in mainstream cinema, but movies for the youth who might take a dump in the middle of a theater showing the next Michael Bay craptacular. View at your own risk, and trust me when I tell you to take that risk, “Hanger” is worth it.

Hanger is now available on blu-ray per Unearthed Films